Wednesday June 5, 2019: On Bold and the Beautiful today, Wyatt's concerned for Liam, Thomas intercedes between Carter and Hope, and Xander presses Flo to tell the truth. 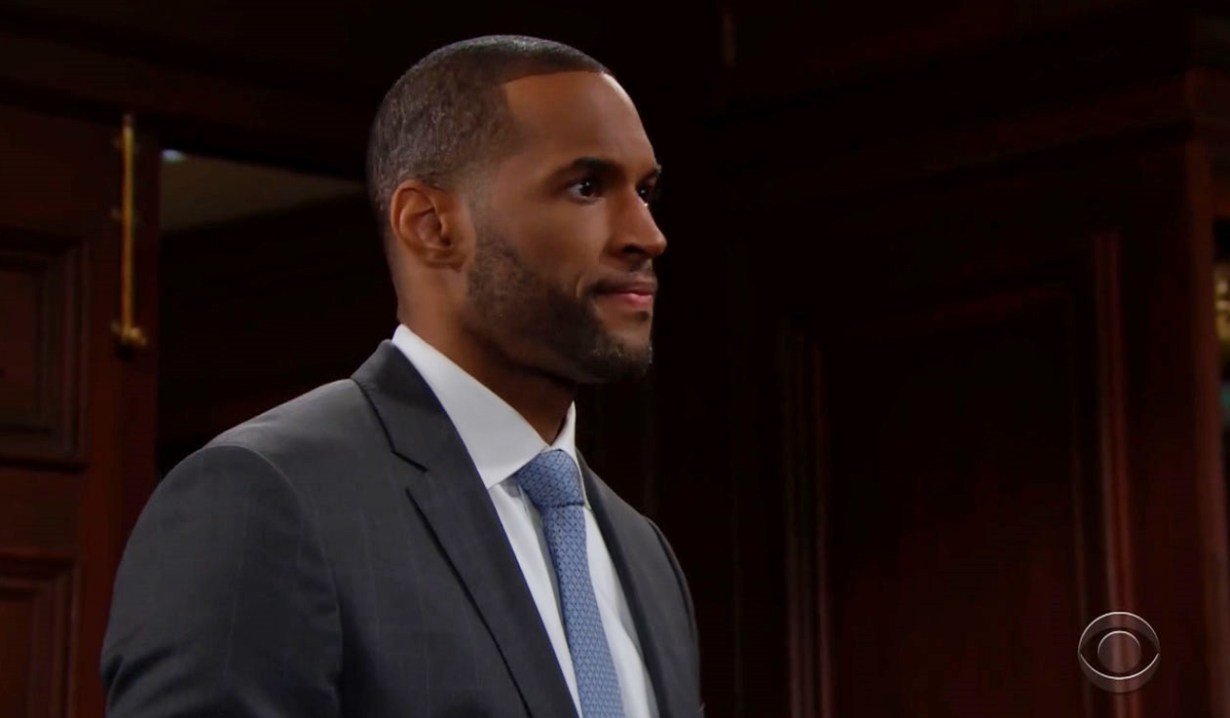 In Forrester Creations’ main office, Hope thanks Carter for doing up annulment papers quickly. Carter questions why she’s doing this if she still loves Liam – it should be a last resort. Hope explains their dreams died with Beth that night on Catalina. Carter is suggesting she postpone the annulment as Thomas enters. He interrupts and says Carter’s making this harder by second-guessing Hope, who has made her decision. Carter just hates to see a marriage end. Thomas states this is how it has to be, then asks when Liam will get the papers. Carter explains that’s up to Hope. She reiterates her reasons for ending things despite how much it hurts. Thomas urges Hope not to wait.

In the Forrester design office, Flo’s stunned to learn from Zoe that Xander knows their secret. Zoe shares he was horrified and sickened by it – she doesn’t know what he’s going to do. As Flo frets, Xander appears. Zoe asks if he’s alright. He angrily goes over what he now knows about Beth/Phoebe and retorts that he’s not alright…and he won’t be until this secret isn’t a secret anymore. 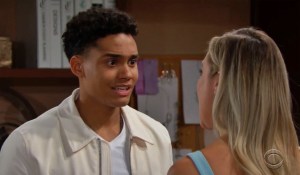 Xander had every intention of telling them but he’s concerned about Zoe. She cries that she and her father could go to jail, so could Flo, and the baby’s in a good home. Xander protests; the baby should be reunited with her parents. Pam enters and Zoe must go with her to meet a photographer. Xander tells Flo he knows this is eating her alive but Hope and Liam can’t be kept in the dark any longer – it’s cruel. They need to know the truth before any more damage is done.

At the cliffhouse, Liam explains to Wyatt that he’s watching Phoebe while Steffy has Kelly at the pediatrician. Wyatt asks about his goodbye dinner with Hope. Liam relays that nothing’s changed; ending the marriage is still what Hope wants. Wyatt asks, “What about what you need?” He urges his brother to fight for the marriage, but Liam says he can’t watch his wife suffer anymore. “We’re done.” Wyatt continues to press; Liam must feel hurt. Liam counters that watching Hope in pain day after day hurts – he’s letting her go and will sacrifice their marriage so her heart can heal. Later, Carter arrives and apologetically presents Liam with annulment papers. After he leaves, Liam flashes through memories with Hope then asks Wyatt how much more he and Hope have to leave before something breaks their way. 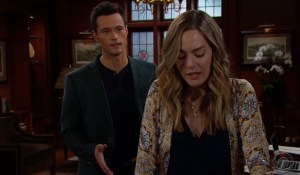 Carter returns to Forrester and updates Hope that Liam has the papers as Thomas looks on. She thanks him. After, Hope asks Thomas what she’s doing. Thomas reiterates that she’s putting the kids first. Hope will never love another man as she does Liam. In the design office, Flo tells Xander she tried to tell Hope many times, but Zoe’s always stopped her. She adds she could lose her new family. Xander insists she needs to tell Hope the miraculous news that Beth is alive.

Liam and Thomas square off.

Ridge Urges Liam to Reunite With...