Tuesday June 4, 2019: On Bold and the Beautiful today, Brooke issues a warning to Hope, Flo becomes consumed with guilt, and Ridge and Brooke debate their children's futures. 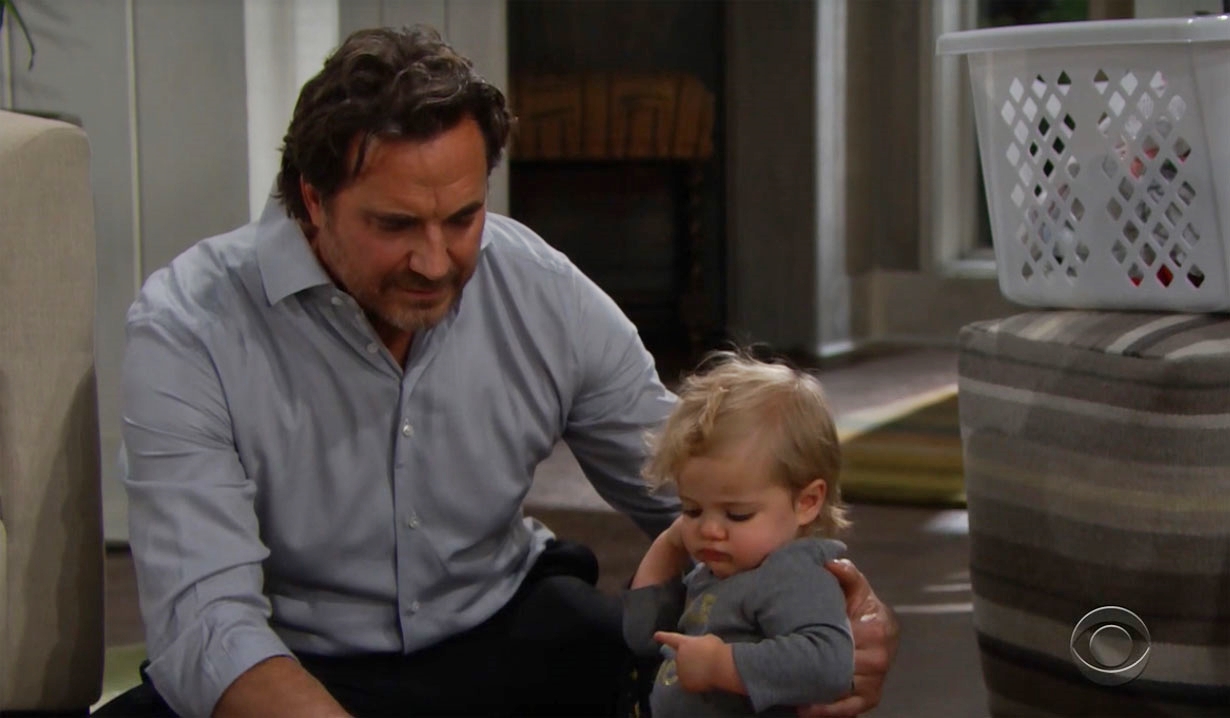 At the cliffhouse, Steffy smiles as Ridge tells Kelly a story. Talk turns to Liam and Hope’s marriage. Steffy relays that Liam didn’t come over last night – she thinks it’s all very sad. Liam arrives and plays with Kelly while Steffy takes a call. Ridge fishes to find out if he’ll be spending more time there. Liam says he can’t change Hope’s mind and he understands Ridge, being Steffy’s father, is wondering where his head’s at. He doesn’t have a plan. 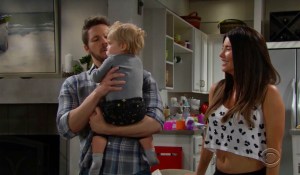 Ridge, unimpressed, intones, “Steffy needs you.” Liam goes on about how amazing Steffy is at being a mother – he isn’t so sure she needs him. Steffy gets off the phone; Amelia can’t help her out today, so Liam offers – he wants to spend more time there. Steffy says they’d like that. She admits she heard him talking to Ridge, and she liked it. Liam meant every word – he’s never forgotten how remarkable she is.

At the Forrester Estate, Flo tells Wyatt they still have the place to themselves, 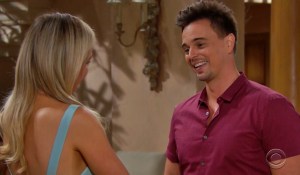 then asks about Hope and Liam. She feels they shouldn’t just give up on each other. Wyatt reminds her that Hope wants Liam to be with Steffy and the girls. Flo thinks they should do something – if Hope was a mother to Beth, none of this would be happening. Wyatt admires her big heart and compassion. Flo just feels guilty…for being happy. Wyatt suggests they be grateful instead. They kiss until Flo expresses guilt again. Wyatt chides that there’s nothing they can do, and Hope and Liam wouldn’t want her to feel this way.

At the cabin, Hope advises Brooke that she and Liam ended their marriage last night…just the two of them. Brooke warns she’ll regret this and so will Liam. Hope argues it’s about what’s best for the children. 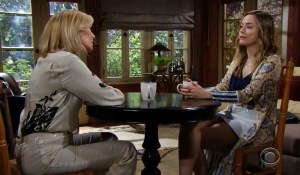 Brooke thinks it’s tragic since they still love each other. Hope recalls how they reminisced last night. She’ll never doubt how he feels about her, but it’s time he moved on – he and Steffy are a family. Later, Flo drops in on Hope and learns she and Liam said goodbye last night. Flo protests – she can’t lose her marriage too. Hope appreciates her support, but Beth is gone, and the dream is over. That’s it. Flo frets if she and Liam split up she’ll feel guilty for the rest of her life – somewhere out there is a baby just waiting for them to be its mother.

At Forrester Creations, Brooke is uptight about Hope ending her marriage, and Ridge informs her that Liam showed up at Steffy’s house. Brooke doesn’t understand why this is happening – the whole thing seems unfair. “I don’t understand why she lost Beth,” Brooke cries. Ridge knows she’s hurting and concerned about her daughter…he is too. Brooke spouts that Hope is doing this because she believes it’s for the best. Ridge states there are children counting on Liam…is it so bad that Liam and Steffy might have another shot?

Hope Removes Her Wedding Ring and...