Xander’s Horrified by Zoe’s Secret, That Phoebe Is Beth

Friday May 31, 2019: On Bold and the Beautiful today, Liam and Hope celebrate their marriage, Thomas presses Steffy about whether she wants Liam back, and Xander reels as Zoe comes clean. 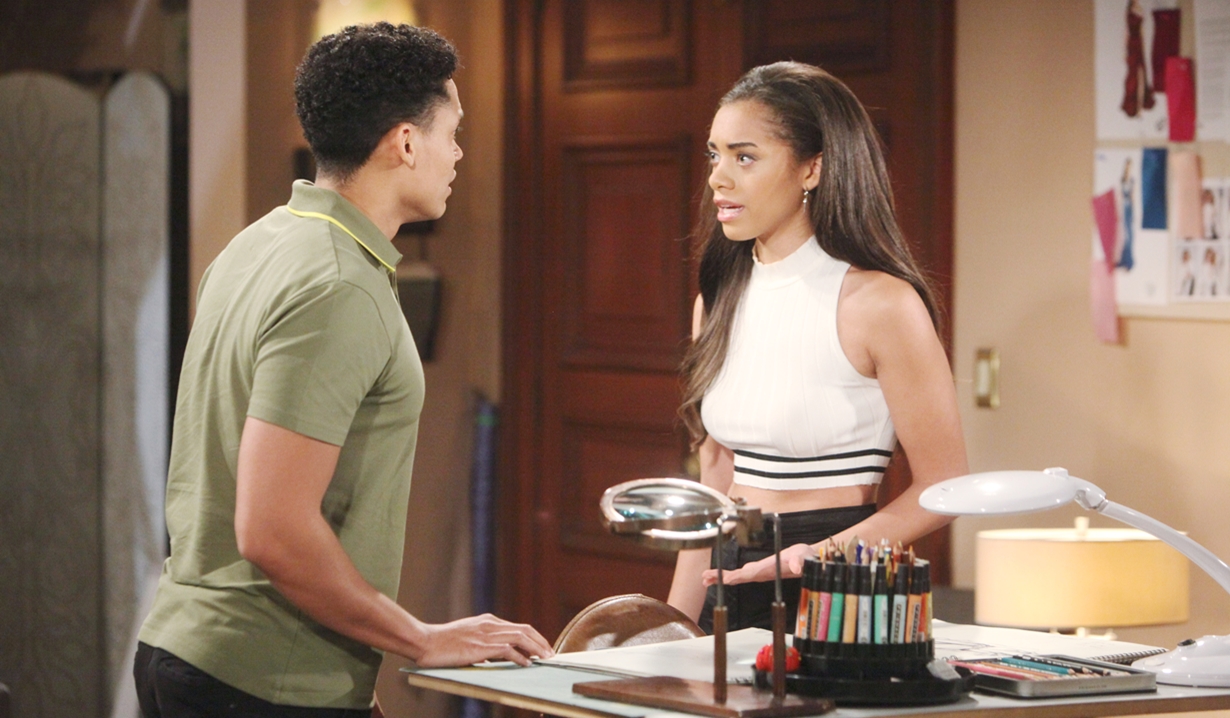 At Forrester Creations, Xander wants Zoe to explain what he just heard – Beth is alive? He reminds her she can tell him anything. Zoe asks him to leave it alone and forget he heard anything. Xander won’t be put off this time and demands, “Why did you say that Beth is alive?” Zoe blurts, “Because it’s true! Beth is alive.” Zoe cries that she never wanted him to find out for his own good. Xander thinks she’s talking crazy. Zoe sniffs that her father was with Hope that night in Catalina; he was desperate due to gambling troubles and told Liam and Hope that their baby didn’t make it. Xander’s floored…and confused. Zoe explains about the men who wanted money. Xander asks what happened to the baby and is devastated at the thought Reese sold her to the men. Zoe assures him she’s in a good home right there in Los Angeles. Xander needs to know who adopted her. Zoe informs him he knows the person raising Beth. Xander’s stunned. Zoe rambles that it was too late when she found out. Xander reels as she reveals that Phoebe is Beth – Steffy is raising Hope’s little girl. He seethes – how could Zoe keep this a secret? They have to tell Hope that Beth’s alive!

In the cabin, Liam tells Hope if this is the end of their marriage, he wants to celebrate it. He reflects on the memories and plans they made there. Hope muses if things had worked out, 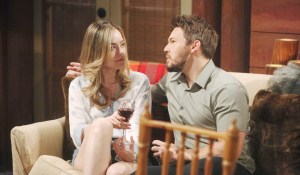 this would have been Beth’s home too. Over wine, Liam reveals he made Hope an Italian meal – he recalls being there with her was the happiest he’d ever been. They reminisce. Liam tells her if annulling their marriage is the only way to get her out from under the pain, he’ll do it. They relive more memories over dinner. Hope says he’s the love of her life and that will never change. She wanted their life together, wanted their family; she wanted Beth. They slow dance and kiss.

Thomas and Douglas visit Steffy at the cliffhouse. Douglas remarks that Phoebe and Kelly are lucky to have a mommy. Steffy acknowledges he misses his mom and assures the boy Caroline would be proud at how brave he’s been. She takes him to see the girls and Thomas zeroes in on Steffy and Liam’s wedding photo. 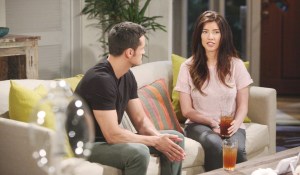 Later, Phoebe’s asleep and Douglas is reading to Kelly in the bedroom, so Thomas and Steffy talk. Thomas reveals he’s hoping Hope will play a bigger role in his and Douglas’ lives once she leaves Liam. Steffy learns how great Hope’s been with Douglas but thinks there’s more to it. Thomas admits he loves her. He indicates the photo of Steffy and Liam and feels it represents her future – if she wants him there, she has to tell him.

Steffy looks back on her past with Liam.

Hope Removes Her Wedding Ring and...