Thursday May 23, 2019: On Bold and the Beautiful today, Steffy returns home, Brooke advises Hope not to give up on her marriage, and Ridge gives Thomas words of advice about Hope. 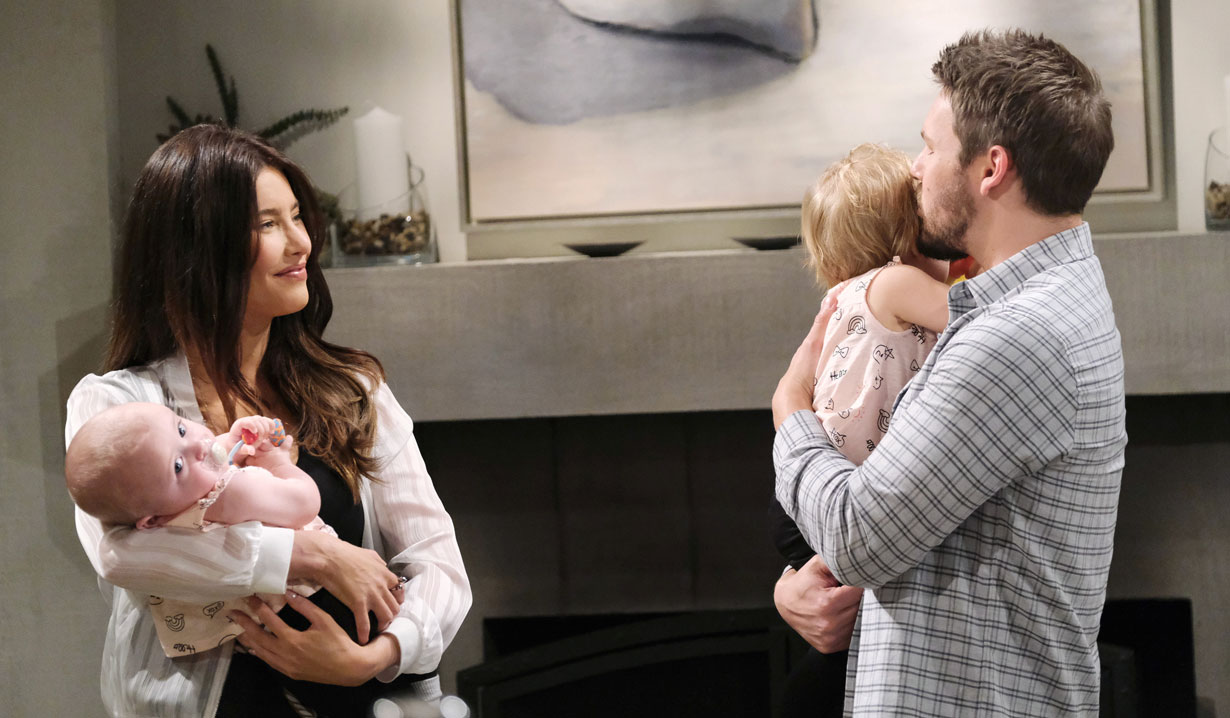 At the beach house, Liam spends time with Steffy and the girls, who have just returned from Paris. They feed the girls and put them down. Steffy senses something is wrong and suspects it is about Hope. Liam tells Steffy that Hope wants to end their marriage. Steffy thought her time away would be good for Hope. 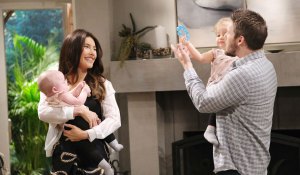 He did too, and he tells her that all he can offer Hope is himself, but Thomas is offering her this little family that she feels she can’t have with him. The more he fights for his marriage the more he feels he is tormenting her. They don’t lack for love, but it’s not enough and things keep falling apart. Steffy tells Liam he can spend as much time with the girls as he wants. He’s still processing his marriage ending but thinks maybe Hope is right about just focusing on what is best for the children. Steffy tells him this will always be his home and the door is always open. 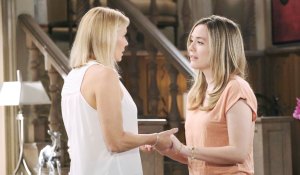 At the Forrester mansion, Hope tells her mother that she ended her marriage to Liam. She loves him, but their life has changed, and she will never want to have another child. Hope says Liam finally understands this, and she refuses to be selfish and put her needs and desires ahead of the children. She believes Liam can still have his dreams of a family with Steffy and the girls. Brooke tells her daughter that Liam’s dream is to be with her, and she can’t take away his dream because of her fears of not being enough. Hope believes that if Beth were there then things would be different, and the only way she can make sense of losing her is to put the children first. 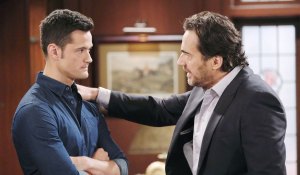 At Forrester Enterprises, Ridge and Thomas discuss his designs for Hope’s collection. Ridge changes the topic to his son scheming to get Hope away from Liam. Ridge admits Thomas’ idea of repositioning people, and Steffy being happy with Liam and the girls, appeals to him. However, it’s not that simple. Thomas believes Hope when she says she wants Liam to be with Steffy and the girls. Ridge wonders how Liam feels, and asks if Hope has indicated she would ever be able to turn to Thomas and love him. Ridge warns Thomas that Hope has to deal with losing her child and being a mother to someone else’s kid isn’t an answer. He explains this isn’t a puzzle where you can take a piece from one and make it fit into another. Ridge wonders if his son can give Hope what she deserves. Thomas only knows he’s drawn to her, and she’s drawn to Douglas.

Hope Ends Her Marriage to Liam for...