Wednesday, May 22, 2019: On Bold and the Beautiful today, Hope makes the ultimate sacrifice for the children, Flo's guilt eats at her, and Wyatt tells Sally he's going to date Flo. 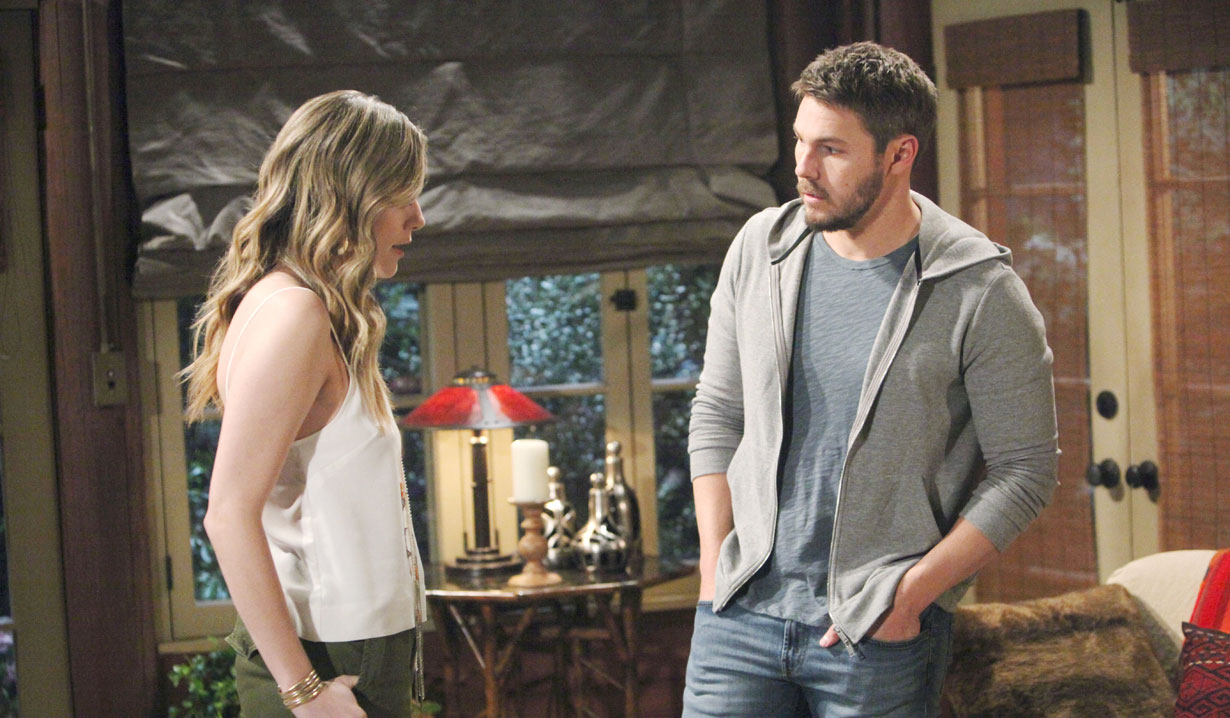 At the cabin, Douglas finally falls asleep. Thomas thanks Hope for taking care of Douglas like a mother. She can’t help but think about how it could have been with Beth. Hope leaves, and Thomas looks over the forged letter. He checks on Douglas later, and the boy asks his dad if Hope will always be with them. Thomas promises to make sure she always will be. 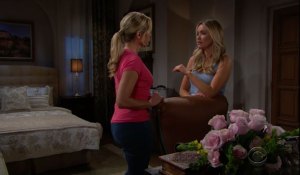 In Flo’s room at the mansion, Flo tells Shauna that Liam and Hope should know their daughter is alive. She feels this secret is breaking them up, and if they break up then they’ll never have another child and fully heal. Flo cries this secret is poisoning both her life and Hope’s. Elsewhere, Hope returns to Liam. She tells him about Douglas’ nightmare, and how she was able to help him. Liam is glad she’s helping Douglas, but Thomas isn’t their problem. Hope tells him that the kids need to come first and deserve the best lives they can give them. Liam doesn’t believe they have to choose between the kids or their marriage. Hope knows he could be happy with Steffy, and she will be okay as well. Hope cries she has to end their marriage and let him go. She explains that nobody has made her happier than him, but part of her died the night they lost Hope. She can’t give him the family they wanted, but he can be there for Steffy and the girls, and she can be there for Douglas. She thinks being there for Douglas is the only way she can move past her grief, and a way for her life to have meaning and purpose. She has made up her mind. Liam doesn’t want to see her in pain, and ending their marriage doesn’t feel right, but he sees it is killing her. He agrees to end things but asks for one last night together for closure. She tells Liam that their marriage has been her greatest joy and dream, and everything would be so different if they hadn’t lost Beth. She sobs as he holds her. 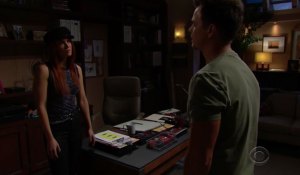 Wyatt finds Sally working late at the Forrester offices. She’s trying to distract herself and admits it’s not like she has anyone to go home to. Sally apologizes for not being honest about Thomas and his feelings, and she asks if she blew things between them. Wyatt breaks the news that he and Flo have agreed to see one another. He still cares about her, and Sally still cares for him. She gets that he used to be with Flo, and that his mom thinks they are right for one another. She knows her actions hurt him and have consequences, and she is the one that gave them space, but her feelings haven’t changed for him. She pulls him into a kiss.

Wyatt Asks Liam If Part of Him Wants...