Tuesday May 21, 2019: On Bold and the Beautiful today, Wyatt questions Liam's feelings, Hope and Thomas console Douglas, and Shauna and Flo move into the Forrester mansion. 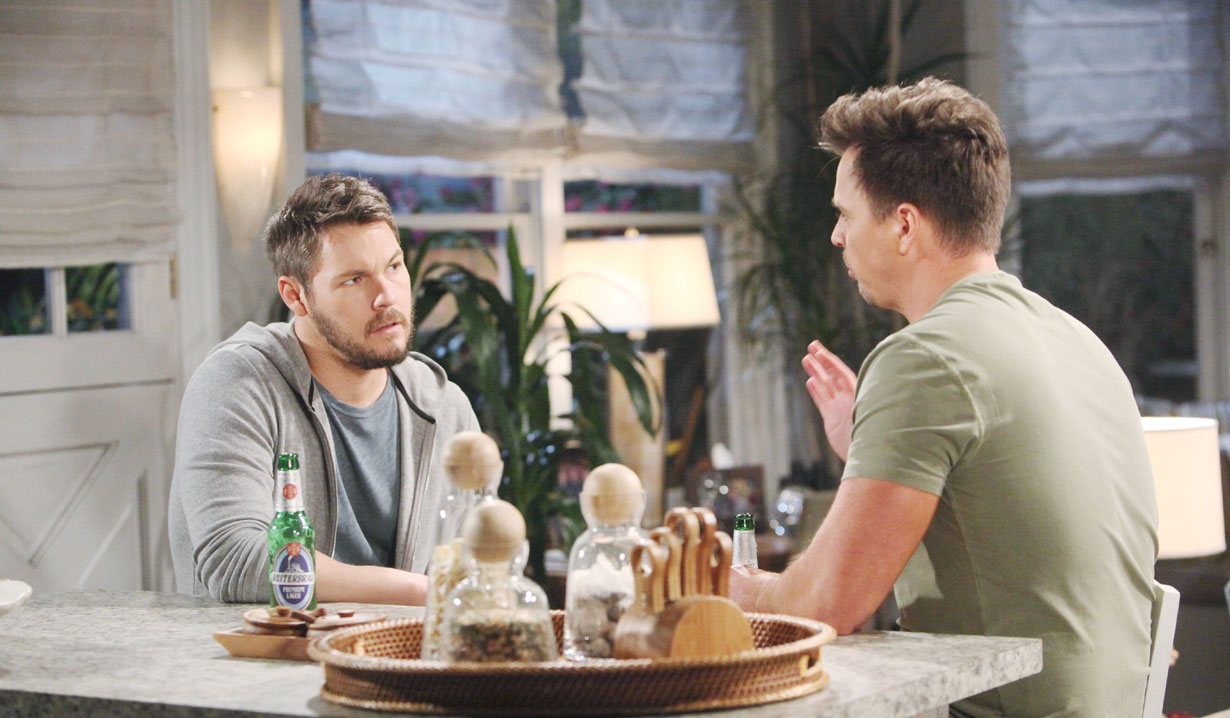 At Wyatt’s place, Liam and Wyatt continue to discuss Thomas’ scheme to win Hope. Wyatt gets why Liam’s mad, but perhaps part of what is driving Thomas is that he feels Liam belongs with Steffy. Wyatt asks Liam if any part of him feels he should be with Steffy and the girls. Liam asks what he’s saying, that he should be with Steffy and the girls, and Hope with Thomas? Liam admits he misses Kelly and Phoebe, and he misses Steffy’s spirit and the way she makes him laugh. Wyatt knows Steffy would want him to be with the girls and Hope also only wants what is best for all the kids, which now includes Douglas.

More: A failed seduction in the weekly Soaps Roundup 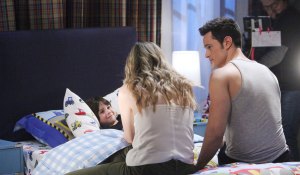 At the cabin, Hope believes Caroline’s letter is about her and feels it is as if Caroline knew the future. Suddenly Douglas wakes up calling for his mother after a nightmare. They rush into his room, and Hope suggests to Douglas that he tell her about his bad dream because that will help make it go away. Douglas explains he was by himself and lost and couldn’t get back home. She tells him she’s had the same dream, and she is sending him lots of love to make his bad dream go away. Douglas smiles and tells her that she took away the scare like mommy did. Hope lies down next to Douglas, who says it’s what his mommy would do. She promises him in time his nightmares will go away, that he can always count on her, and she will be there for him. He hugs her, and she tells him to go to sleep and have fun dreams. Douglas asks her to stay until he falls asleep. 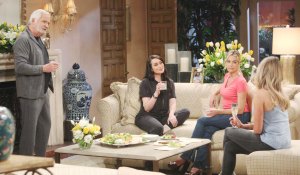 At the Forrester mansion, Quinn and Eric celebrate with Flo and Shauna on their first night living with them. Shauna explains this move couldn’t have come at a better time and she and Flo are looking forward to putting the past behind them. Shauna asks if there are any house rules. Eric says simply treat the house as it is your own. Quinn tells them they are very casual. Quinn is so glad to have a friend like Shauna ,who has always had her back. She tells Flo that she has always been like a daughter to her. Quinn takes Shauna and Flo to Flo’s room, and Flo feels like she is dreaming. Shauna thanks Quinn and says she really is her very best friend. Quinn feels like they are family, and perhaps if things progress with Flo and Wyatt, maybe they really will be family. Quinn swears she’s not trying to push, but Flo is the perfect girl for Wyatt. She admits she wasn’t a fan of Sally, and she wants Wyatt to be with a woman with principles and who is trust worthy, a woman like Flo.

Flo finds herself torn over keeping the secret about Beth

Thomas Forges a Letter From Caroline...

Hope Ends Her Marriage to Liam for...