Friday May 17, 2019: On Bold and the Beautiful today, Katie comes clean to Bill, Shauna reports back to Brooke, and Will gets amazing news. 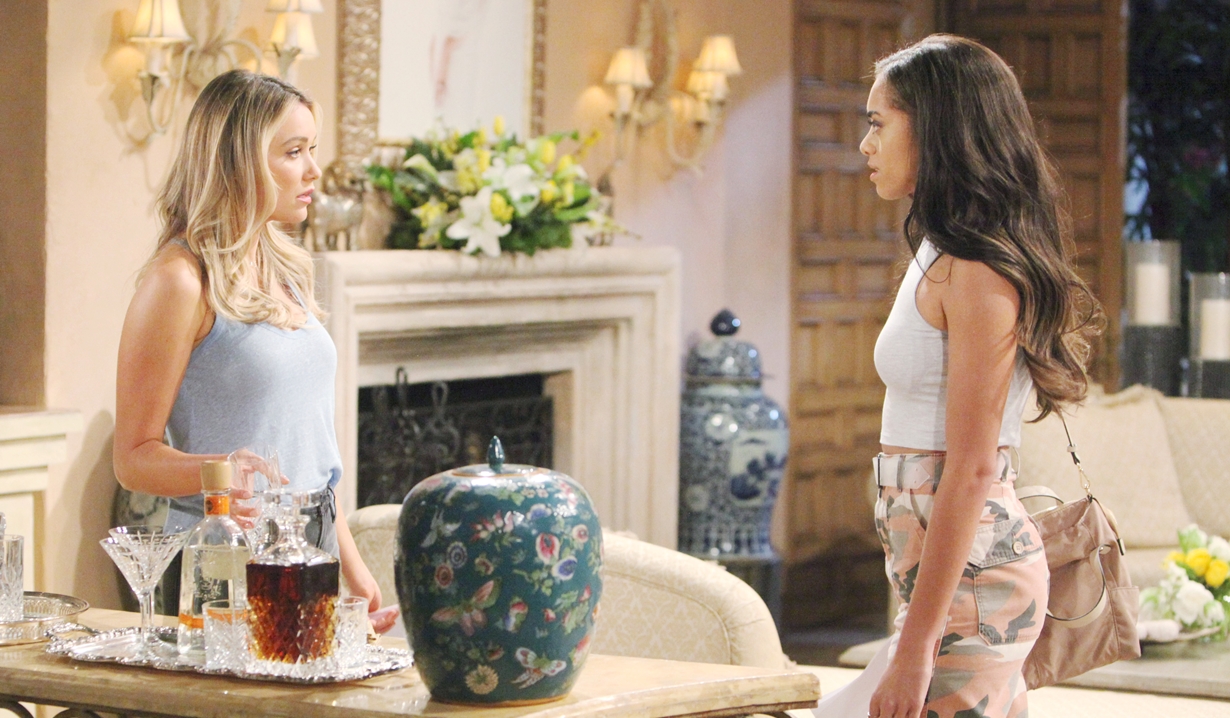 At Brooke’s place, she, Donna and Justin are agonizing over Katie’s plan when Hope enters. They bring her up to speed. Soon, Shauna arrives. Brooke asks if she went through with the crazy plan and what happened. Shauna reports that Bill passed – he’s 100% committed to her sister. Brooke predicts Katie will tell him what she did and muses, “Who knows how he’ll react.”

In Bill’s living room, he and Katie kiss passionately. Bill’s not sure what he did to sway her, but he’s glad about it. Katie sighs…she did something, and he needs to know about it. She explains how she was taken off guard by his proposal and realized she wanted to consider it but wasn’t sure she could trust everything he was saying to her. Bill notes she obviously found a way. Katie admits it was Shauna 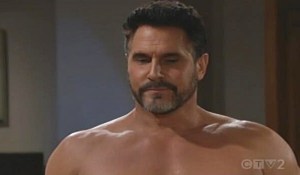 – she convinced her to come onto him. Bill digests the information as Katie asks him to please tell her he understands. She goes on to reveal she saw him with Shauna at Il Giardino the other day, so she asked her to do this. Bill understands; he’s hurt her more than once in the past. He teases he always does reconnaissance before closing a business deal, then decides it’s a turn-on. They’re making out when Bill gets a text that Will needs to come home. Bill quips, “There goes our sleepover.” They agree they can’t wait to tell their son the good news.

At Brooke’s place, she gets an update text from Katie and relays to everyone that Bill understood – Will’s family is reuniting.

At the Forrester estate, Zoe confronts Flo about moving in with the Forresters. Zoe confirms they’re alone before informing Flo she can’t move in there – they both know why. Flo protests that Quinn wants this, but Zoe argues it’s reckless – she should be keeping her distance from these people, 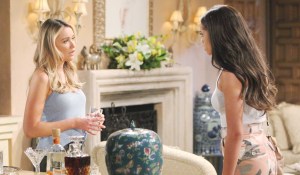 not moving in! They continue to bicker. Zoe reminds Flo if she lets something slip and Hope finds out, they’ll all go to prison. Flo wants Zoe to accept that she’s living there. Zoe insists she should be keeping away from all of them, including Wyatt. Flo reveals Sally moved out and they’ll be seeing more of each other. Zoe’s appalled and reiterates the trouble they’ll be in if anyone finds out about Hope’s baby – no one can ever know. Hope enters and hollers, “You just said something about my baby. What is it? What about Beth?”

Will arrives at his dad’s house and asks Bill if his mom can stay the night. Bill suggests she stay every night. Will’s astounded that his plot worked and is stoked to hear they’re getting married again – he’s the happiest kid in the world! Katie cries happy tears as they all embrace. After, Bill tells Will a bedtime story about King Bill as Katie laughs. King Bill had a fortune but was lonely until Queen Katie came along…they lived happily ever after.

Hope calls out Flo and Zoe.

Katie’s Ready to Marry Bill After...

Thomas Forges a Letter From Caroline...