Wednesday May 15, 2019: On Bold and the Beautiful today, Brooke warns Katie repeatedly about her plan, Justin and Bill discuss Sky, and Shauna drops in on a vulnerable Dollar Bill. 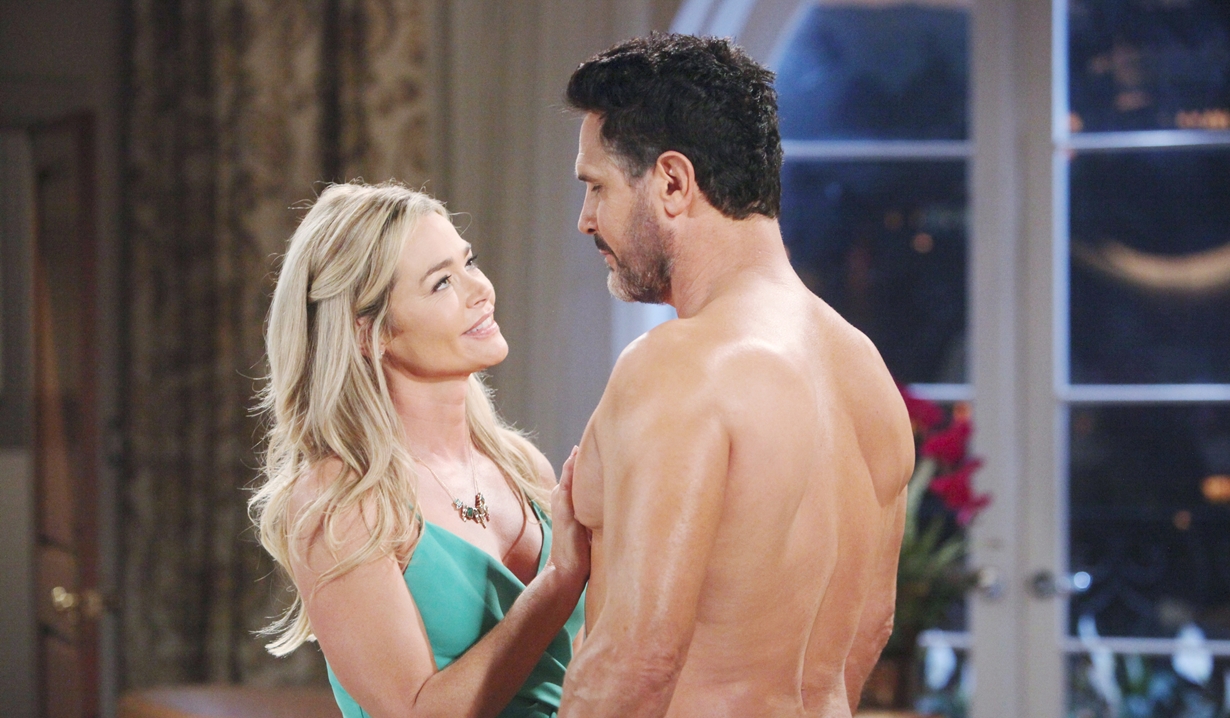 At Bill’s house, he pours a whiskey for him and Justin, who thinks his boss has Katie on his mind. Bill muses he’ll have to come up with another surprise. Justin teases he can’t remember when he last surprised him. Bill wants to be a family again and reflects on the best things in life being free.

At Brooke’s house, she questions Katie asking Shauna to try and seduce Bill – if her trust issues run this deep perhaps she should rethink marrying him. Katie restates her case for testing Bill’s resolve and asks, “Will you do this for me, Shauna?” Shauna’s concerned and Brooke doesn’t have a good feeling about it. Shauna decides if she can help Katie put her family back together, she’s in. Katie calls Bill to make sure he’s alone. 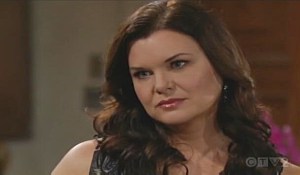 Bill tells her to come over since Will’s at a sleepover and he’s alone. Katie says maybe another time and disconnects. She worries he sounded sad – maybe it’s not the best night for this. Shauna thinks he’ll be vulnerable, so they decide to go ahead. Brooke mutters, “This is going to be a disaster.” Katie will sneak into the house after Shauna gets him upstairs. Shauna exits and Brooke exclaims to Katie, “I just think this whole thing is going to blow up in your face!”

At Bill’s house, he speaks to Justin about his disappointment regarding Katie. Justin pulls out mail from the county – informing him his construction permit for Sky is about to expire. Bill isn’t keen to undertake construction right now. Justin muses, “Ah that’s right…changed man.” Later, Shauna has ‘dropped by’ and surreptitiously texts Katie to update her while Bill gets drinks. She flirts and they toast.

More: Find out if B&B is pre-empted on Memorial Day

Before Katie leaves Brooke’s house, Brooke assures her sister what happened with her and Bill will never happen again, and worries Shauna agreed too readily. Katie’s undeterred.

In Bill’s living room, he apologizes to Shauna for how he treated her initially – he really does have to watch out for fortune-hunters. Shauna reminds him she only hunts for sport and remarks on his physique before telling him he was the best lover she ever had. Bill’s not surprised. Shauna spills on him, then calls Katie when he goes upstairs to change. Katie arrives and Shauna puts her phone on speaker 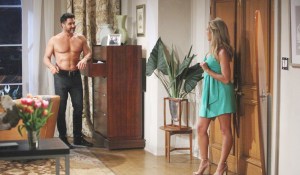 before heading up after Bill. Katie takes another warning call from Brooke but won’t be dissuaded. Meanwhile, Shauna enters Bill’s bedroom and claims she thought it was the bathroom. Katie listens as he tells Shauna she looks fantastic and she, in turn, admires his bedding. Shauna moves close to Bill’s naked chest and asks when he last made love. She suggests they end their dry spell and starts kissing him.

Katie’s Ready to Marry Bill After...