Shauna Accepts an Invitation to Move Into the Forrester Estate

Monday May 13, 2019: On Bold and the Beautiful today, Wyatt asks Flo on a date, Hope makes her priority clear, and Thomas manipulates Douglas. 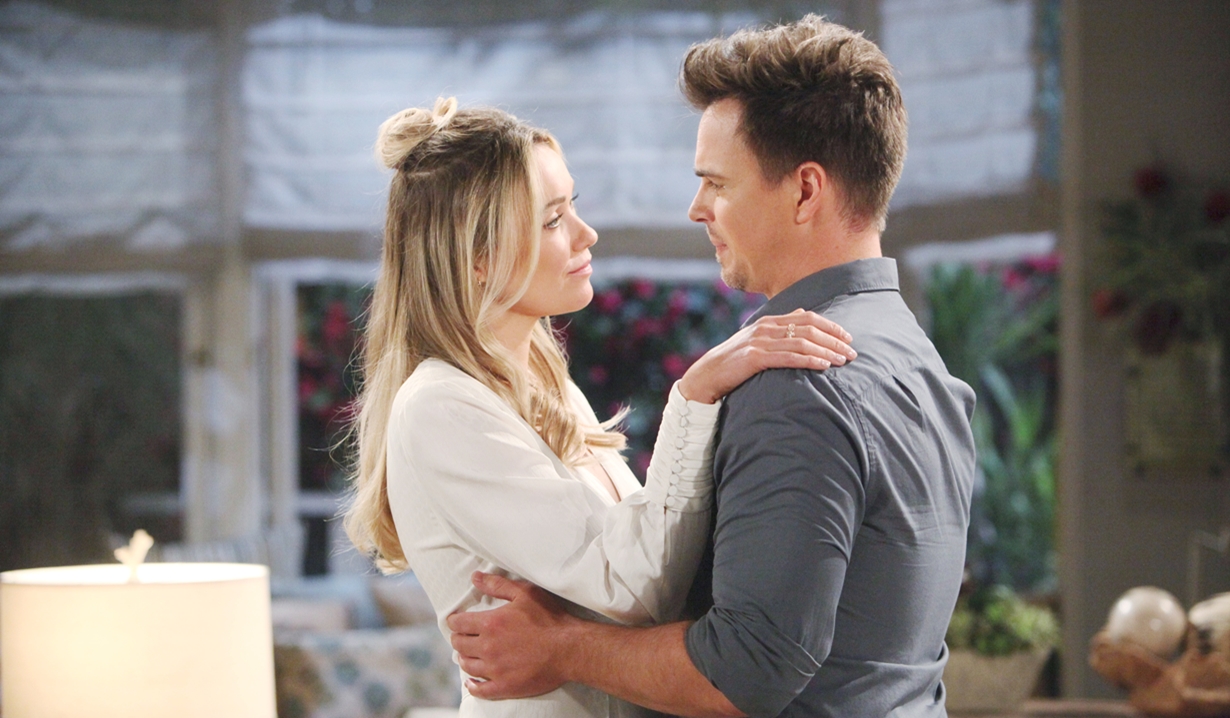 At Forrester Creations, Liam pleads with Hope not to give up on them as Thomas looks on. Thomas pipes up that he and Hope could have a great life together with Douglas. Hope defends Thomas to Liam – he’s trying to do what’s right for his son. She assures Thomas she cares about Douglas very much, but her first priority and responsibility is to her husband and marriage. Hope wouldn’t be there if not for Liam; she loves him and their life together. After Thomas leaves, Liam reveals he’s no longer comfortable living on the same property with Thomas – he’d like to talk to a realtor. He feels Thomas is taking advantage of the hole in her heart. Hope thinks he’s right that Kelly and Phoebe need Liam. Liam loves that she puts the children first, but Thomas is using Douglas to get to her – he doesn’t trust him.

At the Forrester mansion, Eric’s surprised to hear Sally left the beach house. Quinn thinks the timing couldn’t be more perfect with Flo back – clearly, they’re the better match. Eric never thought she’d be a fan of a Logan. Quinn shrugs; they’re new Logans. Talk turns to Quinn’s friendship with Shauna. She muses that it’s gotten quiet around there with just the 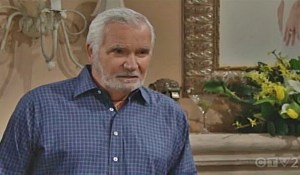 two of them and Eric guesses Quinn wants Flo and Shauna to stay with them. Quinn reveals Shauna opened her home to her in the past. Eric tells his wife this is her home – if it will make her happy to have them there, he’s all for it. Just then, Shauna arrives and remarks the place is like a palace. Quinn takes her on a tour. After, Eric and Quinn invite Shauna to bring Flo and move in. Shauna enthusiastically accepts.

In the beach house, Flo and Wyatt kiss passionately. Wyatt worries about doing things the right way, and they talk about how hard they tried to forget about one another – they were so in love back then. Wyatt says she set the bar for him; he expected every woman to be honest with him because Flo always was – he can’t understand Sally keeping a secret for Thomas that could tear Liam and Hope’s life apart. Wyatt thought he and Sally were headed for commitment, but she wasn’t true to him, and now he’s with the only woman who’s never let him down. He suggests a date and Flo agrees. Shauna calls for Flo to come to the Forrester estate. Wyatt kisses her again.

More: B&B blog talks Wyatt as hypocrite of the week 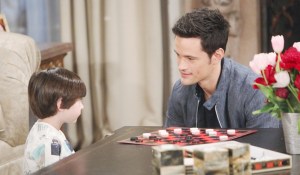 At Brooke’s place, Douglas asks Thomas where Hope is. He replies that she’s busy right now, but she should be done soon. Douglas prompts Thomas to take his turn in checkers. Thomas tells Douglas he saw Mommy Hope earlier and urges Douglas to be sure to tell her how much he loves her and needs her. He suggests they make her another art project and muses that he thinks things will work out just fine for all of them.

Liam Asks Hope to Choose Between Him...