Liam Asks Hope to Choose Between Him and Thomas

Friday May 10, 2019: On Bold and the Beautiful today, Sally faces Quinn after moving out of the beach house, Thomas urges Liam to honor Hope's wishes, and Wyatt wants to reunite with Flo. 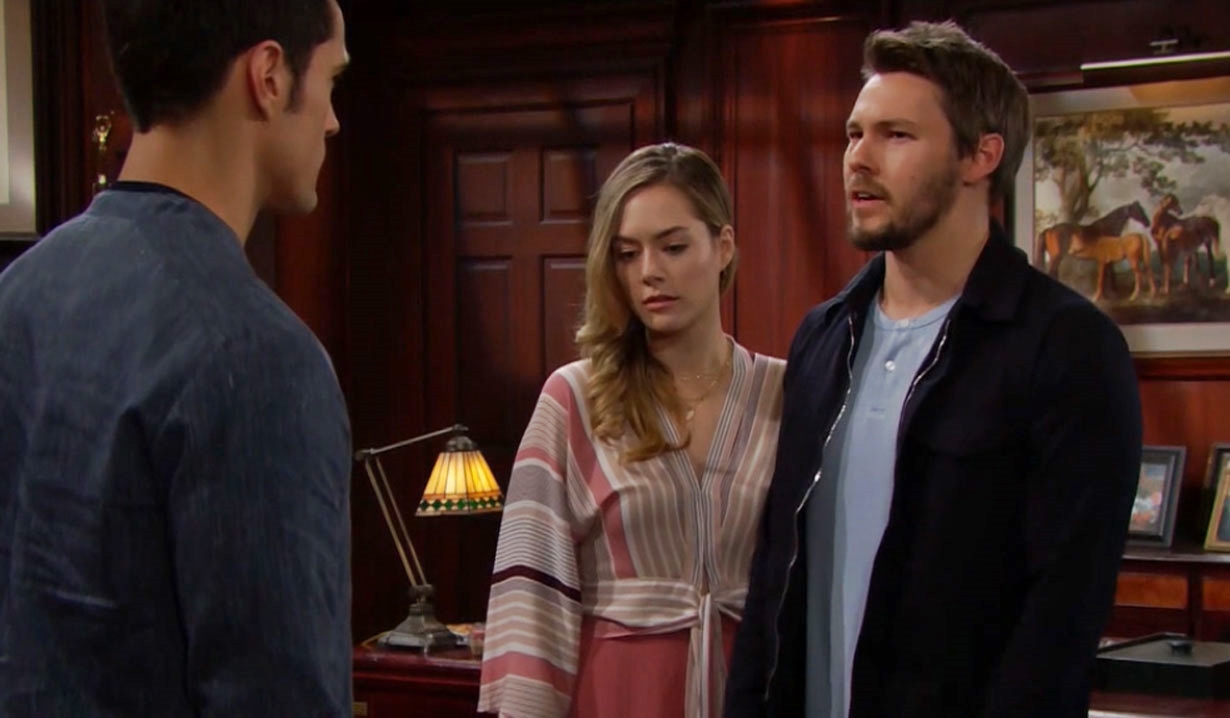 At Forrester Creations, Liam calls Thomas out for interjecting himself into his marriage while he was in Paris. He warns him against using the son Caroline loved so much to make a play for his wife. Thomas wants Liam to just consider what he’s suggesting; he thinks Liam wants Hope but wants Steffy too. Liam admits it pains him to be away from the girls, but Thomas can’t use that to get what he wants. Thomas is trying to be there for his son – he needs a mother. Liam argues he can’t make Hope into Douglas’ mother so he can have her for himself. Hope explains how being with Douglas makes her feel and Liam supports that. Thomas produces a drawing Douglas made of him and Hope holding hands. Liam wonders how that translates to Thomas breaking up their marriage. Thomas hollers that he’s not listening – this drawing could be Hope’s future; being a mother to his little boy! He reminds Liam that Hope told him to go be with Steffy and his daughter – it’s time to man up and do that. Hope has a child in her life; Liam has to let her move on and have the family she desperately needs. Liam asks Hope to be honest – does she want to end their marriage and take up with Thomas? He adds, “Tell me this isn’t the end.”

In the Forrester design office, Quinn finds Sally, who is looking at a photo of her and Wyatt on her phone. 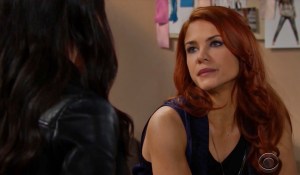 Sally realizes Quinn knows about her moving out and doubts she’s too broken up about it. Quinn hopes Liam’s back and confronting Thomas, meanwhile, Sally’s relationship with Wyatt may never be the same – if she can’t give him transparency there’s another woman who can. Quinn goes on to insist she’s not a total shrew and can see Sally’s heartbroken, but as a mother she wants him with another woman, who won’t disappoint him as she has. Sally puts Quinn on notice that she believes her relationship with Wyatt will survive this.

More: Interviews from the red carpet, Bryton James and more

At the beach house, Wyatt goes on to Flo about Sally keeping a secret from him – there are certain things he just can’t let go. Flo thinks maybe Sally just got caught up…that’s happened to her before. 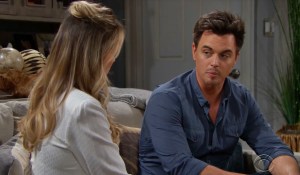 They discuss Hope’s marriage. Flo feels she’s been through so much already. Wyatt’s reminded of why he fell for Flo – he values that he can trust her completely. Wyatt thinks she’s even more beautiful and sweeter than before if that’s possible. They kiss. Flo worries about taking advantage when he’s upset over Sally. Wyatt loves Sally, but she and Flo are two different people and they have unfinished history. He believes they owe it to themselves to pursue it. Flo’s concerned about getting hurt. Wyatt concedes things aren’t settled between him and Sally, but she kept a secret from him. He feels maybe they should give this a chance. They kiss passionately.

Sparks fly between Flo and Wyatt.

Check it out! On this day, May 10, 2011, on The Bold and the Beautiful Thomas pleaded with Brooke not to tell Ridge they kissed, as Bill thought about Steffy while with Katie.

Liam Squares Off With Thomas Over...

Shauna Accepts an Invitation to Move...