Sally Blames Thomas for Breaking Up Her and Wyatt

Wednesday May 8, 2019: On Bold and the Beautiful today, Flo reacts when Hope confides in her, Thomas learns his secret is out, and Quinn is pleased at the developments in Wyatt's life. 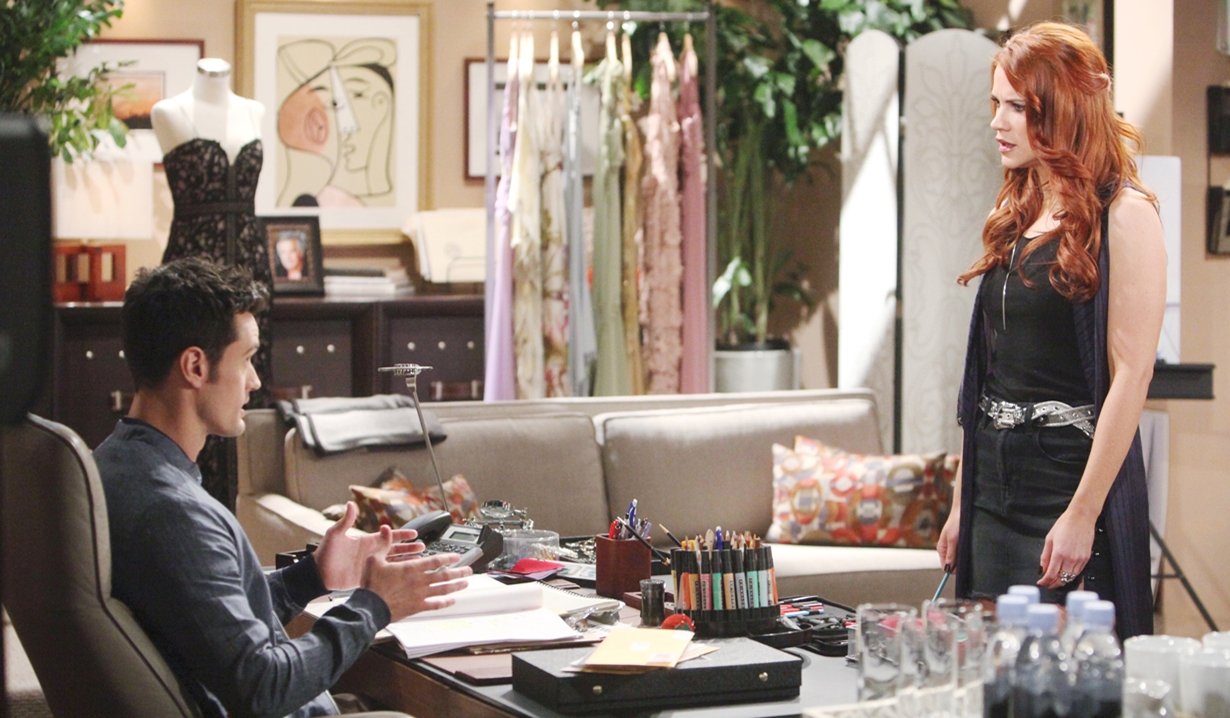 At Forrester Creations, Hope and Flo arrive in the office after a tour. Flo loves the energy. Hope wants her to help with her line; they’ll call her a consultant or something. She talks about how difficult it’s been to get back in the swing of things at work after everything she was hoping for was taken away. Flo responds, “I’m so sorry, Hope,” and embraces her. Hope confides that Liam is coming home and talks about her guilt feelings surrounding keeping him from the girls. Flo says Hope shouldn’t feel guilty and her own guilt intensifies 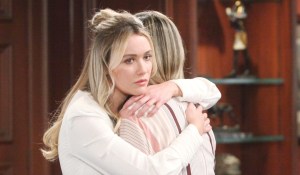 as Hope keeps talking about the situation. Flo blurts that it’s true – Liam is Phoebe’s father. Hope continues about how she’s bonded with Douglas and spills that Thomas, with whom she has history, still loves her and wants a future as a family. She wonders if Douglas was sent to her; it feels like fate. Flo thinks it’s a terrible idea for Hope and Liam to split up in Beth’s name – she won’t let her!

In Forrester’s design office, Sally confronts Thomas, who is confused as to why she’s upset with him. Sally complains he sucked her into being his confidante, which may have cost her the man she loves. Thomas is still bewildered. Sally rants that she kept a secret from Wyatt that could hurt his brother – how could she have been so stupid! Thomas is stunned to learn she told Wyatt. He asks why she did that. Sally loves him and couldn’t lie to him anymore. 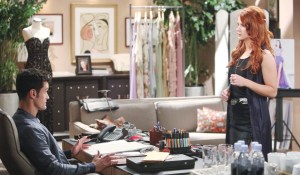 Thomas thought he could trust her. Sally, exasperated, explains Wyatt saw his text to her – he thought they were having an affair. She adds Wyatt comes first and needed to know the truth. Sally feels Thomas never should have asked her to keep such a secret. Thomas deduces that Wyatt must have told Liam, then assures Sally she and Wyatt will work it out. Sally reveals she moved out.

Quinn arrives at the beach house and says it was good to hear from Wyatt after being unceremoniously kicked out the last time she was there. Wyatt thought there was something she should know…about him and Sally. Quinn’s excited to hear she packed up and left. Wyatt clarifies the disagreement wasn’t about Sally and Thomas, it was about Thomas and Hope. Quinn gets up to speed and marvels at Sally keeping the information from Wyatt. She’s relieved to hear Liam’s on his way home and grumbles about Sally. Wyatt cautions her…he didn’t kick Sally out, she decided to leave on her own. Quinn grins that there are plenty of other women in Los Angeles – one that still has feelings for him. She goes on about how lucky he is that Flo’s in L.A., but Wyatt protests that Sally literally just left. Quinn continues to press – Flo is the woman for him, and he may not be ready to admit it, but he still loves her. Wyatt’s never denied his feelings for Flo. Quinn points out that Sally left because she was dishonest – Flo is truthful.

Flo discovers why Sally moved out of Wyatt’s beach house.

Sally Moves Out of Wyatt’s House...

Liam Squares Off With Thomas Over...