Sally Moves Out of Wyatt’s House After Argument About Thomas

Tuesday May 7, 2019: On Bold and the Beautiful today, Ridge's news irritates Brooke, Thomas continues his campaign to win Hope, and Liam receives a warning. 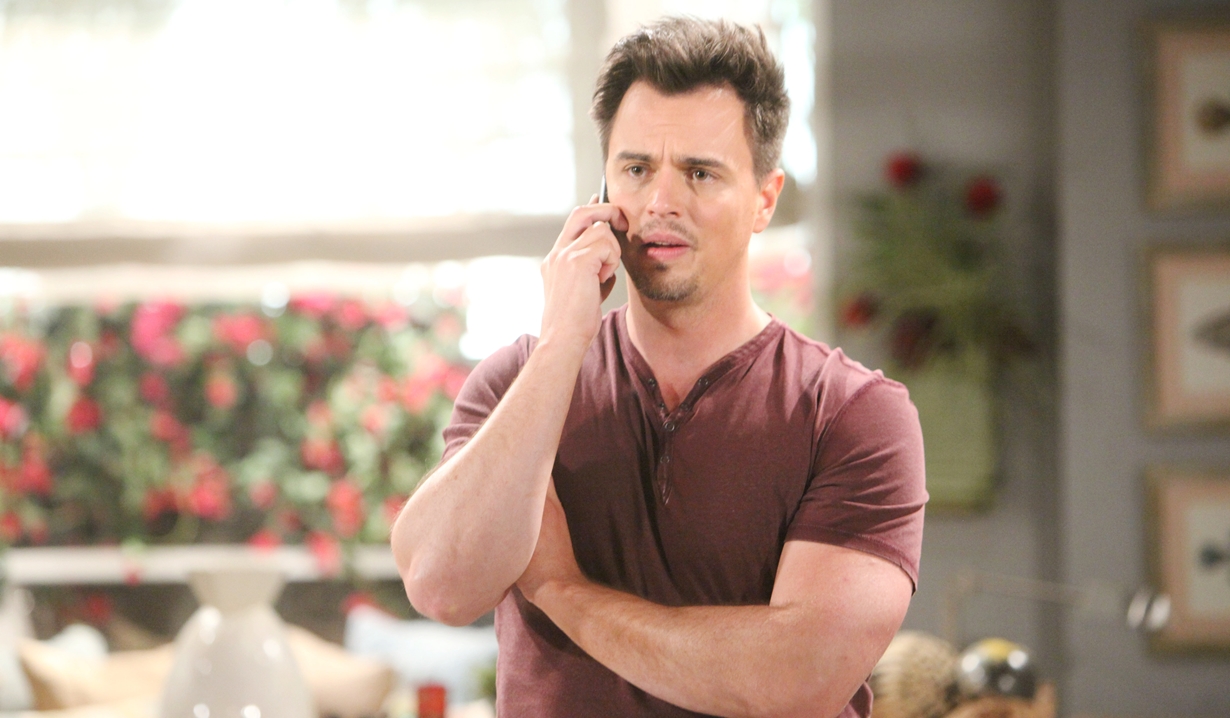 At Forrester Creations, Brooke and Ridge make out in the office. The mood turns more sober as Ridge tells her about Thomas wanting to be with Hope. 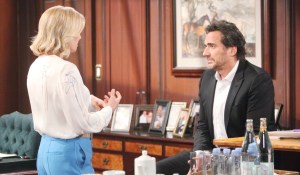 Brooke exclaims, “Has everyone forgotten that Hope’s still married to Liam?” She insists Hope has no interest in Thomas, but Ridge replies, “That’s up to her.” He grunts about Liam being with Steffy and the girls. Brooke wonders if he thinks it’s okay for Thomas to sabotage Hope and Liam. Ridge believes the kids will figure it out.

In the beach house, Sally concedes she should have said something about what Thomas was planning. Wyatt is furious at Thomas going after his brother’s wife after all he’s been through. He wonders why Sally didn’t come running to him. Sally assumed it wasn’t going to go anywhere. Wyatt spouts about being honest and says he went to Flo’s after seeing the text from Thomas. Sally interrupts – she doesn’t want to talk about Flo. She apologizes for her mistake and agrees Thomas is going about things wrong. Wyatt’s frazzled and Sally hates that he’s lost faith in her. She let him down and decides maybe his mom is right – maybe she should move out. Sally takes a bag and apologizes again for betraying his trust. She cries, “You literally changed my life.” She loves him so much and hates that she hurt him.

In Paris, Liam chats with Amelia while Steffy’s at the market. 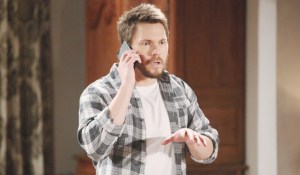 He admits he’s still concerned about Hope, who has a huge hole in her heart. Amelia feels she may never be the same. Liam wishes he’d done more to protect Hope, who is vulnerable right now. Amelia respects his commitment to Hope but see how he and Steffy are around each other and thinks the girls need a dad. Later, Liam takes a call from Wyatt, who reveals Thomas is making a move on Hope – he needs to come home now.

In Brooke’s living room, Thomas knows Hope can’t accept his ring now, but tells her it’s a symbol of the future she could have with him and Douglas. Hope says the ring’s beautiful, but that’s all it can ever be. Thomas hopes to give it back to her one day. Hope wants to be there for Douglas as much as possible, and Thomas too, but she thinks this is about his love for his son, not her. Thomas protests – he loves her today as much as he did back then – his love will never be divided between her and another woman. 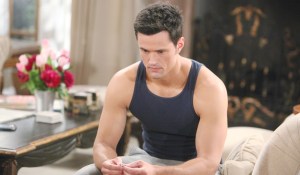 Thomas doesn’t want to pressure Hope but points out they wouldn’t just be doing it for Douglas, they’d be fulfilling Caroline’s wish, and creating stability for their entire family; creating the right future for all of them. Hope looks at the ring he’s holding, shakes her head, and exits. As Thomas broods, he imagines Hope returning, telling him he’s right, and kissing him.

Sally Blames Thomas for Breaking Up...