Friday May 3, 2019: On Bold and the Beautiful today, Thomas schemes to manipulate Hope's feelings, Shauna wears a Forrester Original, and Flo marvels at her new life. 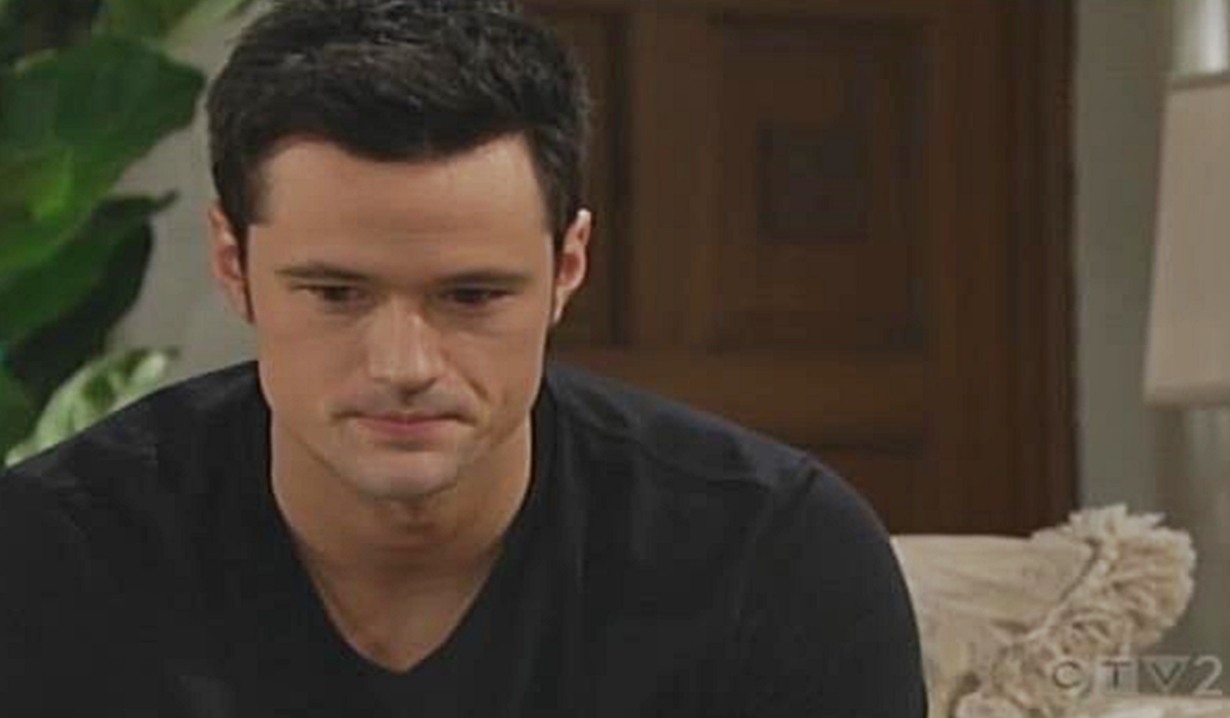 At Forrester Creations, Ridge, Brooke, Hope and Shauna press Flo to accept the job offer. Hope reiterates that she knows it could be difficult with Steffy and Phoebe in the office, but she’s in the family, so she’ll see her anyway. Shauna interjects there’s no way Flo will turn this down. Flo admits it could be daunting, but she’ll try to put the past behind her and confirms she would be thrilled to work there. Shauna lets it slip that it’s Flo’s birthday and they all want to celebrate. Flo protests – the job is enough. Hope and Brooke chime in about the Logan women sticking together. Hope adds, “We love you and we’re grateful to have you as part of our lives.” Flo loves them too but isn’t sure she deserves this. Hope insists she deserves all of this and more. Hope reveals she has plans with Douglas and explains he lost his mother, who was Wyatt’s cousin. 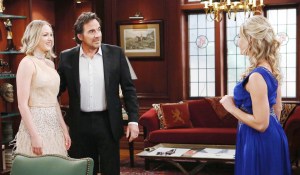 After, a Forrester model named Pearl, (played by Mariana Vicente), enters in a gown. Shauna admires it. Pearl exits, followed by Shauna, who needs to make a call. Flo hopes her mother didn’t make Ridge and Brooke uncomfortable. They think she’s sweet. Talk turns to Hope trying to help Douglas. Brooke wonders, “How? How do you ever replace a mother?” Brooke contacts Charlie about a security pass for Flo and invites her to hang out for a while. Once alone, Flo becomes giddy over having aunts and a job at Forrester Creations. Shauna reappears in Pearl’s gown. Flo marvels that they’ll be able to dress like this all the time now. They embrace over Flo’s good fortune.

In Brooke’s house, Thomas leaves Steffy a voicemail and asks her to send a picture of her and the girls with Liam. Douglas joins his father and wants to draw. Thomas suggests they make a drawing for Hope…like a heart. When he’s done, Douglas says he hopes it makes Hope happy. They recall when Douglas asked Hope to be his mother. Thomas tells the boy it could happen if they treat her right. He encourages his son to let Hope know he loves her. After Douglas goes to the kitchen, Thomas texts Steffy a reminder about sending a photo, then calls Pam to find out if Hope is heading home. Later, Hope arrives, and Thomas appears, shirtless. Hope explains she’s in a good mood because Flo accepted the job, then spots Douglas’ heart drawing. Thomas tells her how special she is to his son – she puts children first. Suddenly, the photo of Steffy, Liam and the girls arrives on his phone. He shows Hope and says her instincts were right – Paris is where Liam needed to be. Thomas thinks they could fall for one another again since Douglas needs a mom, and she can let Liam go. Thomas kisses her and she pulls away.

Check it out! On this day, May 3, 2010, on The Bold and the Beautiful Jackie reeled upon learning Owen slept with Bridget, who didn’t know who the father of her baby was.

Hope Wants Flo to Work on Hope for...