Hope Wants Flo to Work on Hope for the Future

Thursday May 2, 2019: On Bold and the Beautiful today,  Shauna reminds Flo of their pact, Xander expresses concern about Zoe, and Ridge thanks Flo for Phoebe. 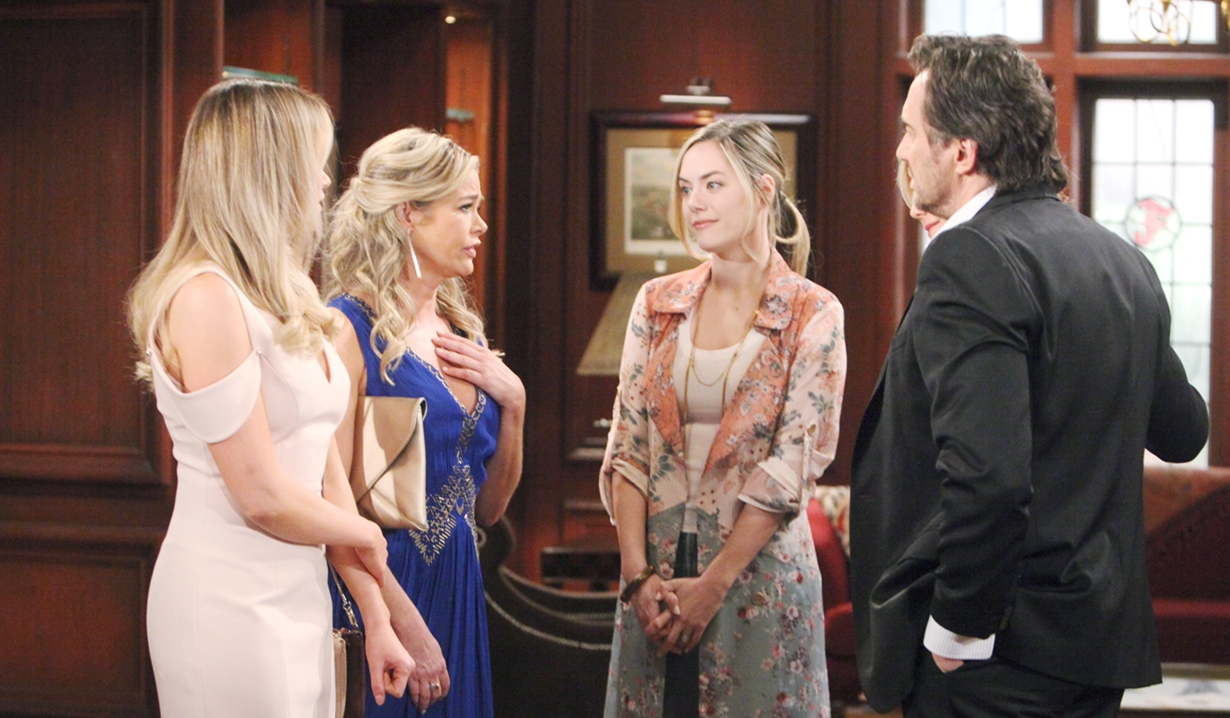 At Forrester Creations, Brooke tells Hope it’s a nice thing she’s doing, offering Flo a job. Hope muses that she may not take it as it might be awkward with Steffy being Phoebe’s adoptive mother. Ridge and Brooke reassure Hope but also don’t want to overwhelm Flo. In the design office, Zoe flashes to making a pact with Shauna and Flo. Xander’s talking about tickets he got but realizes she has something else on her mind and urges her to open up. Zoe kisses him, but he isn’t swayed…something is different with her; something she can’t share with him. He asks, “Why?” Xander wonders if it’s to do with her father again. Zoe reveals she was thrown a major curve just when things seemed to be going her way. Xander wonders if Reese’s in trouble and she’s covering for him. Zoe admits he’s in over her head but doesn’t want to discuss it. She doesn’t want to lose Xander, who reassures her they’re solid…nothing can ever change that. 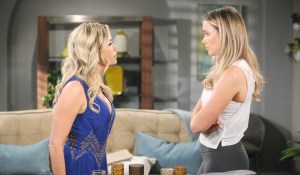 Shauna reminds her they made a pact to put what happened out of their minds. Flo gets it, she’s supposed to move forward. Shauna gushes the job offer is a dream come true. Flo insists Hope deserves to be reunited with her baby. Shauna clucks that her baby is well-cared for and says a new exciting world is opening up for Flo, who is going to embrace her place as a Logan.

Flo and Shauna arrive at Pam’s desk at Forrester just as Hope appears. Shauna hopes she doesn’t mind her tagging along. Hope’s gracious and invites them in. In the office, Brooke introduces Ridge to Shauna, who calls him an icon and says she’s a big fan. Flo explains Shauna works in a boutique in Vegas. Shauna goes on about Flo being part of such a legendary family as Brooke looks wary and Flo seems uncomfortable. Hope asks if she’s okay. Ridge tells Flo they’re grateful for the gift she gave them in Phoebe. Brooke and Hope assure Flo the Logan women will look after her as Shauna feels bad about not realizing Storm was her father. Ridge goes on about how many people Flo’s made happy and thanks her. Hope adds they want to show their gratitude and have her come to work there. She’d like her to work on Hope for the Future so they can spend time together. Shauna interjects that Flo is so appreciative. Hope notes Flo’s silence and wonders if she’s concerned it will be difficult being around Phoebe. Flo stammers that it’s just complicated. Shauna urges Flo to take the job. Hope doesn’t want her to feel pressured and talks about her own connection with Phoebe before asking Flo again to come work at Forrester.

Wyatt Kisses Flo After Arguing With...