Wednesday May 1, 2019: On Bold and the Beautiful today, Thomas warns Hope to guard her heart, Amelia thinks Liam belongs with Steffy and the girls, and Shauna, Flo, and Zoe make a pact. 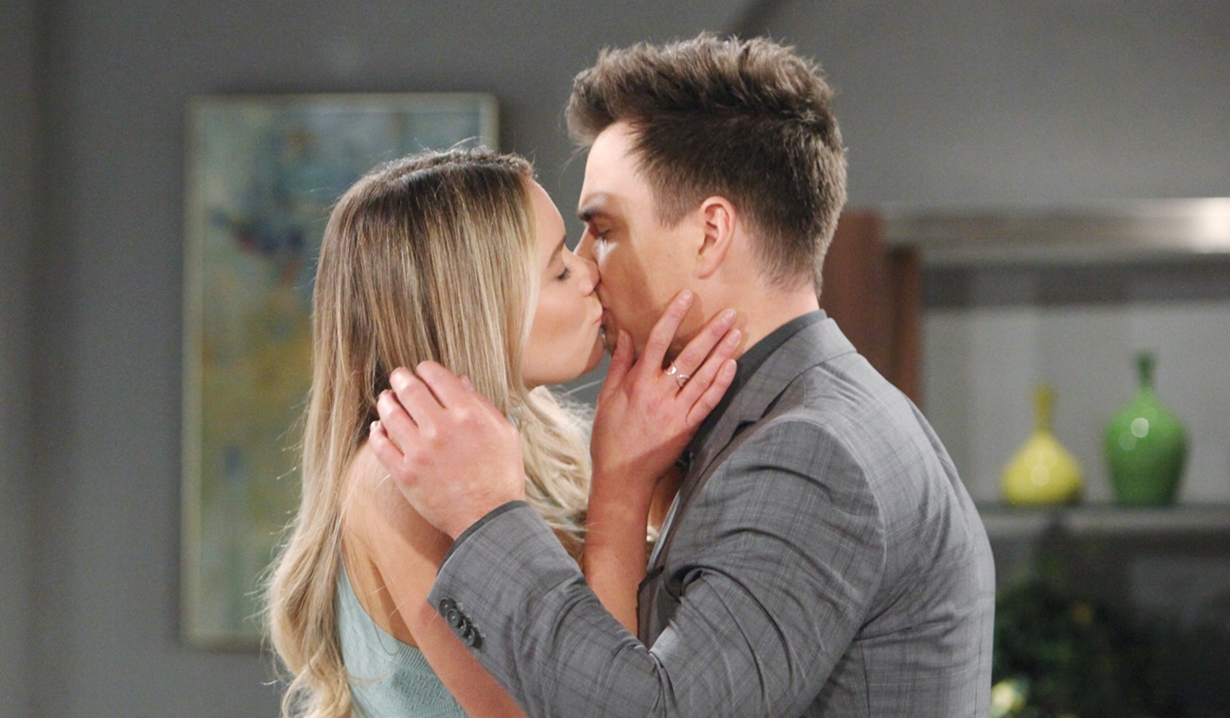 In Forrester Creations’ design office, Hope describes her connection with Phoebe to Thomas. He suggests she protect her heart a little – she’s not Phoebe’s mother. Elsewhere, Sally’s irked when she tells Wyatt she’s too busy to have dinner with him and Flo, and he says he’ll go on his own. Wyatt notes she’s been working a lot and admits he’s disappointed she turned down Spencer Publications after he put so much on the line with his father. Sally apologizes. Wyatt’s just trying to be honest. Tension rises over the topic of him having dinner with Flo. Sally snarks about her being the one that got away. Wyatt insists she’s a friend. Sally tells him to enjoy his dinner; she’ll see him at home. Sally exits the office and Wyatt sees a text from Thomas come in on her phone asking if she’s said anything to Wyatt and reminding her their conversation must stay between them.

In Paris, Liam tells Amelia the nanny how much he missed the girls. Amelia reveals Steffy tells the girls stories about him; she believes Steffy still loves him. The nanny thinks Liam should be there with them, not her. She knows he loves Hope, but there are three hearts beating for him there. Liam takes a call from Hope, who updates him about offering Flo a job, then urges him to stay. She misses Phoebe and marvels that she’s a Logan. After, Amelia hands Phoebe to Liam and insists he’s her dad in every way that matters.

At Flo’s apartment, she stresses how guilty she would feel working with Hope knowing the baby she’s grieving is alive and within reach. Zoe agrees; Flo working at Forrester is a horrible idea. Shauna declares she’s protecting her daughter by wiping this terrible thing from her mind – she must forget about Reese and the baby and move forward and enjoy her life as a Logan. She wants Flo to accept Hope’s job offer 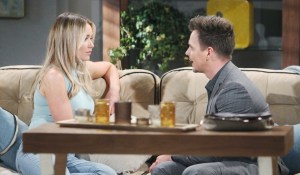 – the only thing she did wrong was try to help Zoe’s father, who took advantage of her. They’re interrupted by a knock – it’s Wyatt. Zoe and Shauna hide. Once inside, Wyatt tells Flo he’s been thinking about all that’s happened to her – it couldn’t have happened to a sweeter, more deserving person. Flo reveals that Hope offered her a job and Wyatt encourages her to take it. He adds, “Don’t be like Sally,” and explains about her changing her mind about Spencer and confides she may be keeping a 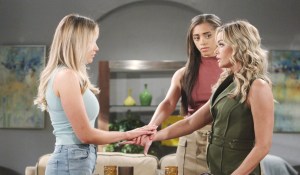 secret from him. Flo’s sorry. Wyatt admits Sally’s intuitive and senses Wyatt’s been thinking about Flo lately. He’s kissing her when Shauna reappears and asks what year it is. Wyatt invites Flo to dinner later. She accepts. Once he’s gone, Zoe comes out. Shauna tells Flo she can’t divulge the secret – Wyatt will never forgive her. Flo joins Shauna and Flo in a pact to forever keep the secret.

At Forrester Creations, after her call with Liam, Hope flashes to holding Phoebe.

Flo feels her guilt compound after Ridge is kind to her.

Hope Wants Flo to Work on Hope for...