Thomas Confesses He Never Got Over Hope

Thursday April 18, 2019: On Bold and the Beautiful today, Shauna visits Quinn, Liam wants to reconnect with Hope, and Flo's stunned by her mother's change-of-heart. 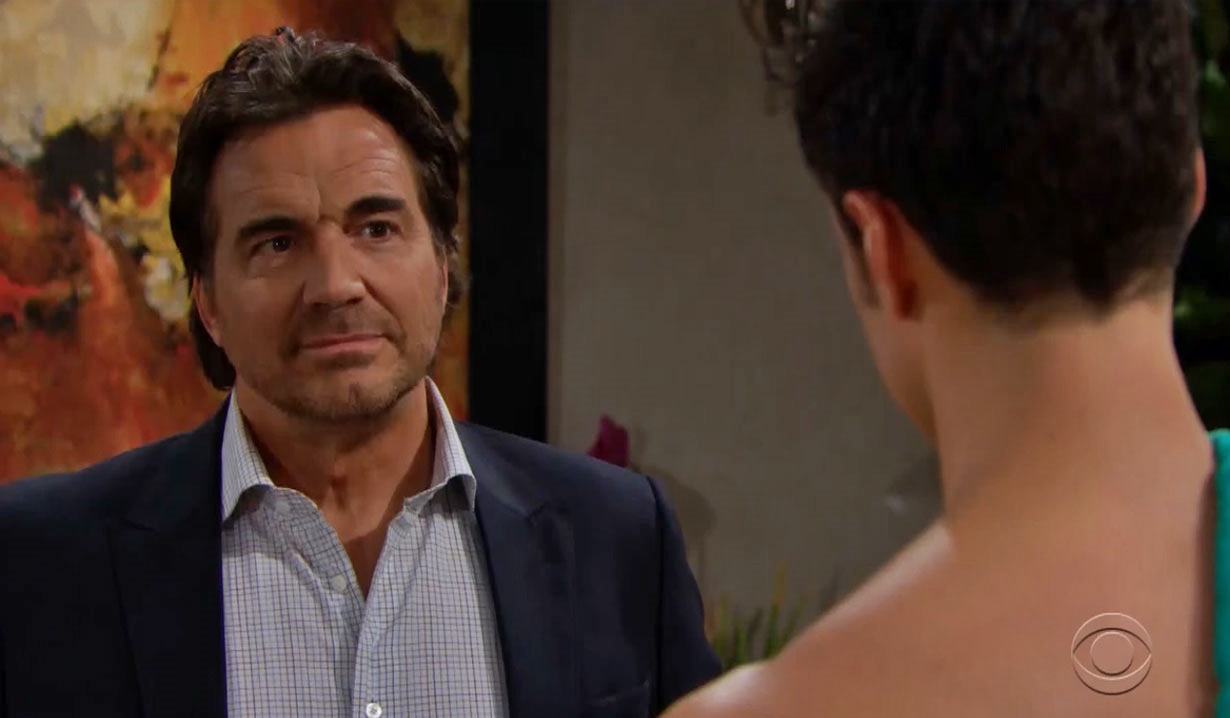 At Brooke’s house, Ridge chats with Thomas, who has come in from the pool. Thomas mentions Hope being a help with Douglas and Ridge says there’s something he should know and reveals she has a new cousin. He explains about Flo. Thomas thinks it’s cool and admits he’s been thinking a lot about Hope lately. Ridge asks him about mourning Caroline, and Thomas reminds him they weren’t a romantic couple – she lied to him. He’s been thinking about Hope and realizing he never got over his feelings for her.

In the cabin, Liam doesn’t want Hope to feel rushed, but he wants to heal together – he misses touching her and holding her. They start kissing, but Hope hesitates again. She loves him and can’t explain it. 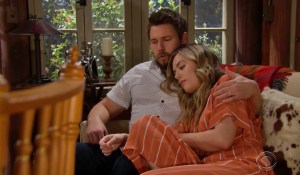 Hope assures Liam they’ll reconnect but she’s not ready yet. Liam’s understanding. Hope promises she’s still attracted to him – it’s just like that part of her shut down since losing Beth. Liam urges her to let the guilt go. Hope admits she still feels bad about keeping him from Kelly and Phoebe. Liam wants to be with his wife – he loves their life and wants it back. He makes a speech about surviving this and staying strong. Hope cries apologetically; part of her can’t move on and feels Beth is out there waiting for her mother.

At Flo’s place, Shauna implores her not to go to Hope until she’s had a chance to speak to Quinn. Shauna leaves and Wyatt arrives to check on Flo. He can’t imagine what she’s going through and brings up her having to tell her mother about the baby. Flo reassures him but he notices she’s practically shaking and asks if there’s more going on there. Flo wants to be excited about her new family. Wyatt interjects that she’ll get there, and he’ll help anyway he can.

At Forrester Creations, Quinn welcomes Shauna into the office and tells Pam she can go. Shauna talks about how kind the Logans were, welcoming Flo into the family – she’s happy for her but is concerned it might not work out. Quinn’s puzzled. Shauna alludes to Flo having done some things – she’s not perfect. Quinn shrugs it off and advises to leave those transgressions in the past and don’t bring them up again. She’s hopeful there could be a future for Wyatt and Flo. 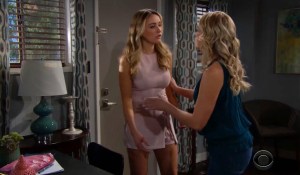 Shauna rejoins Flo at home and warns if she tells Hope the truth the Logans will turn on her and she’ll end up in jail. Flo’s appalled – Shauna taught her to be honest. Shauna knows it’s not right – it’s a horrible situation Flo unknowingly got involved in but the baby’s being well taken care of – she pleads with Flo not to throw her life away. “Don’t tell Hope.”

In the cabin alone, Hope looks at the ultrasound photo of Beth.

Check it out! On this day on The Bold and the Beautiful, April 18 2010, Beth dies after being found in the Forrester pool.

Shauna Agrees Flo Must Confess to...