Monday April 15, 2019: On Bold and the Beautiful today, Quinn pays Bill a visit, Hope takes Flo to share news with the Logan sisters, and Shauna makes a shocking reveal about Flo. 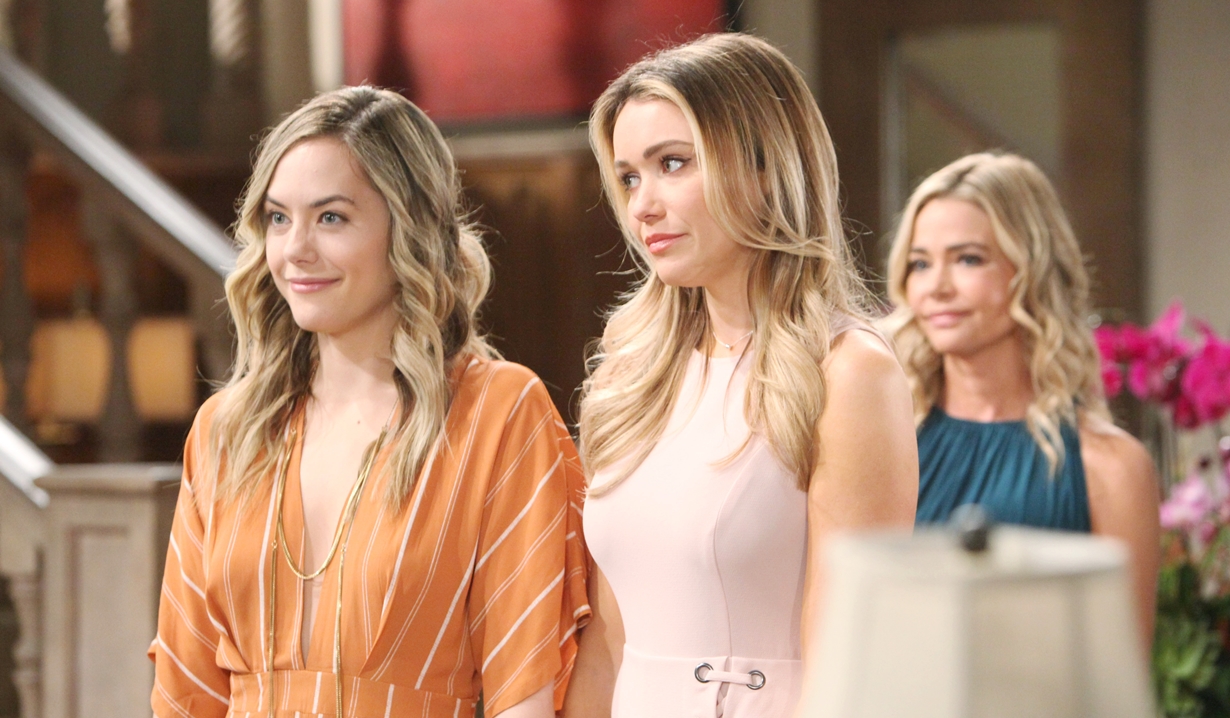 At Forrester Creations, Hope assumes Flo was trying to tell her she was her cousin. Wyatt apologizes for ruining the moment if Flo wanted to tell Hope herself. Shauna interjects with how sorry she is that she didn’t know her father was the sweet Storm…now she’ll never meet him. Hope wants to tell her mother and aunts, and asks Flo to come meet the rest of her family.

At Spencer Publications, Bill and Justin discuss the near-miss with Flo’s paternity. Justin laughs that Bill wouldn’t know what to do with a daughter. A temp, Georgina, announces a Mrs. Forrester and Quinn swans in. 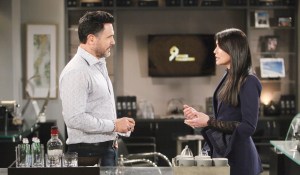 Justin exits, and Bill tells Quinn he’s not interested in rehashing the paternity drama. Quinn still cannot believe he was with Shauna. Bill chortles that she’s gorgeous but assures Quinn it was only one time; there’s no reason to be jealous. Quinn sputters, “What?” Quinn’s not jealous and is relieved for Wyatt’s sake that Bill wasn’t the father. Talk turns to Flo and Wyatt. Quinn says he’s gone with her to tell the Logans, who had better welcome her into the family. She next reveals that Flo is Phoebe’s birth mother.

At Brooke’s place, the Logan sisters are surprised to Hope arrive with Flo, Shauna, and Wyatt in tow. Hope introduces Shauna, then Flo, who is about to change their lives. Katie wonders if this involves Wyatt, who explains he and Flo used to date and he urged her to find her father. Brooke asks, “We know the father?” Wyatt confirms it. Shauna mentions Bill, and Katie groans, “Again?” Wyatt says Bill isn’t Flo’s father, then reveals the DNA results showing Storm. Hope verifies, “Flo is a Logan!” They question Shauna, who explains Storm visited Vegas and that she never knew he was her daughter’s father. Donna feels it’s a lot to process; it hurts to think about the different choices Storm might have made had he known. She’s certain he would have given Flo everything, 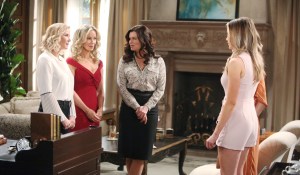 so they’ll have to do that for him. Brooke says he’d have loved Flo very much. The sisters can see Flo’s resemblance to their brother. Each sister welcomes her to the family with a hug. Katie is designated to relay the story of how Storm killed himself to save her life, then invites Flo to feel her father’s heartbeat. Flo places her hand on Katie’s chest, then thanks them all. Hope declares she’s one of them now and thanks Flo for what she did for Steffy. Flo doesn’t want her to bring it up, but Hope couldn’t be happier to learn Phoebe is family. Shauna is stunned to hear her refer to Flo’s daughter – she’s never been pregnant. Hope turns to Flo, “Is Steffy’s daughter…? Oh my gosh.”

Bill comes to a realization about Quinn.

Flo Confesses to Shauna That Phoebe...