Thursday April 11, 2019: On Bold and the Beautiful today, Bill is relieved, Brooke, Donna and Katie remember their brother, and Flo tries to tell Hope the truth. 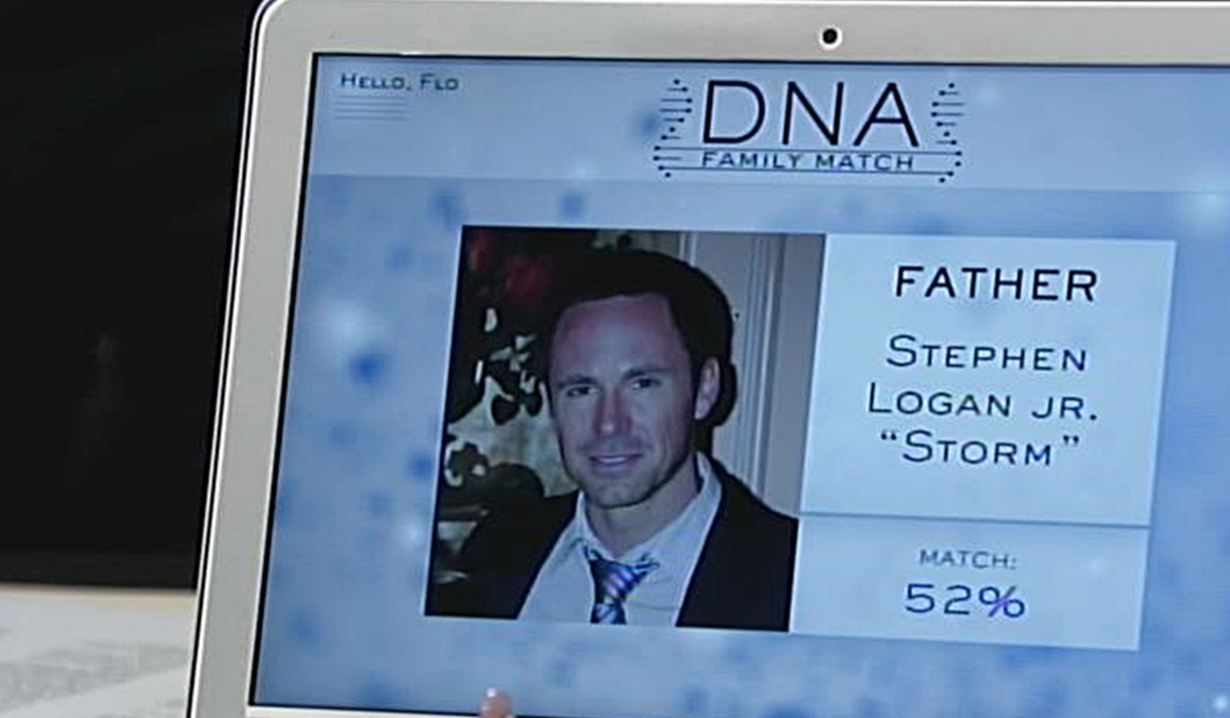 At Spencer Publications, Quinn, Shauna and Wyatt assume from Bill’s reaction that the DNA results show he’s Flo’s father. Bill gleefully reveals the truth – he’s not the dad! Wyatt looks for himself, then turns the laptop so Shauna can see. She exclaims – he was such a sweetheart and they were only together a few times – Storm Logan. Shauna recalls how much she liked Storm and is so 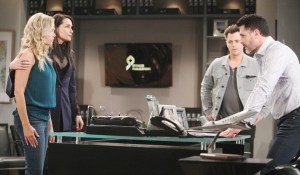 happy he’s Flo’s father. Bill breaks the news that Storm is dead. He adds, “It was a tragic story.” Wyatt realizes this means Flo’s a Logan and is excited to tell her. Bill advises him to take it down a notch – her father is no longer with them. Wyatt says, “Oh yeah,” but continues to enthuse about Flo and Shauna now having a family and a place to belong. As Wyatt, Quinn, and Shauna head out, Wyatt asks his father if he’s coming. Bill’s staying to bask in the glory and hoots, “Bill Spencer, you are not the dad! Woo!”

At Brooke’s place, she, Katie and Donna talk about Hope making friends with Flo. Brooke’s not sure it’s the best thing for Hope. As they talk, Donna spills water on Katie’s blouse and notices her scar. 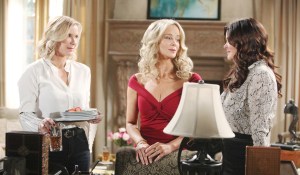 Talk turns to Storm and the sacrifice he made for Katie. They flash back to their childhood and to Storm shooting himself so as to give Katie his heart and save her life. Katie knows he’d never want her to feel guilty and wishes life had been easier for him. Brooke notes he had his demons, but in the end, he gave her the most selfless gift. Katie will always be grateful for Storm. They marvel that their family really has been through a lot and vow to help Hope through the loss of Beth.

More: Soap characters who should never have been killed off

At Forrester Creations, Flo tells Hope that someone is responsible for Beth not being with her and she knows who it is. Hope says, “I’m to blame.” Flo protests that Hope’s not listening, and Hope wants Flo to tell her how to find the strength to move on with her life without her daughter. Flo insists Hope not blame herself and asks her to listen. Hope thinks they were meant to be in each other’s lives and share a connection. Flo murmurs, “Not in the way you think we do.” She needs to tell her the truth… Hope interjects again; Flo was so strong to let her baby go, but she hasn’t been able to. She’s grateful to be able to open up to Flo and admits she sometimes goes to the roof and looks out at Catalina – her whole life stopped there. Flo cries there’s something she knows nothing about and is working up to telling her about Beth when Shauna, Wyatt and Quinn burst in. Shauna wants to tell Flo about her father. Wyatt says it’s insane. Shauna says, “Flo, sweetheart, your father’s name was Storm Logan.” Wyatt tells Hope she and Flo are cousins – they’re both Logans.

Bill is unable to focus on work.

Check it out! On this day on The Bold and the Beautiful, April 11 2014, Wyatt and Liam learned Hope might be pregnant.