Wednesday April 10, 2019: On Bold and the Beautiful today, Hope can't understand Flo's reluctance to be her friend, Zoe makes a peculiar request of Xander, and Wyatt is desperate for answers. 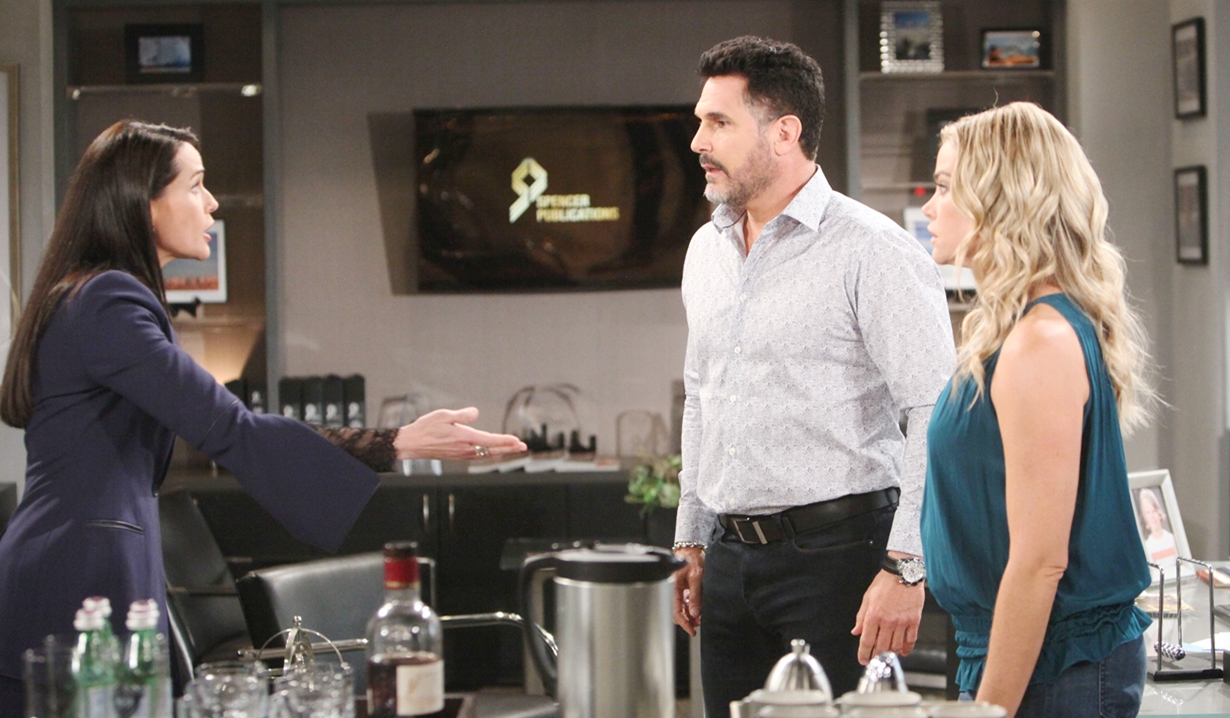 At Spencer Publications, Wyatt is totally freaked out over the news he and Flo might be sisters and wants answers. Bill concedes he was with Shauna once a long time ago. Wyatt bellows, “Who has a kid after one time?” Quinn mutters it’s not a cumulative process and presses to find out if Wyatt and Flo did anything on prom night. Wyatt won’t go there. He turns to Shauna, who sheepishly says, “I was young, having fun…” 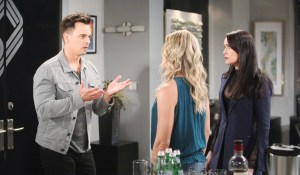 They argue about whether to tell Flo. Quinn declares they need a DNA test. Wyatt reveals Flo already did a DNA kit. Shauna’s taken aback. Wyatt says she deserves to know who her father is and Shaun’s only stone-walled her. Bill announces he’s not in any database – it won’t point to him. Wyatt relays if any Spencer is a match to Flo it would prove he’s her father. Suddenly, Wyatt gets an email about the results.

At Forrester Creations, Flo admits she doesn’t want to be known as Phoebe’s birth mother. Hope would never want to embarrass her and hopes they can be friends. Flo doesn’t think that’s possible now. Hope can’t understand why not – they were pregnant with their daughters at the same time. Zoe interrupts and Hope dismisses her. Zoe gives Flo a warning look before closing the door. Hope resumes asking Flo if she will help her and says she can’t seem to find peace – she doesn’t have an appetite and can’t sleep – and has barely been a wife to her husband. Flo reassures her – she’s grieving right now. Hope asks, “How are you not?” Flo reminds her their circumstances are different. Hope just wants to find the peace Flo seems to have found without her daughter. Flo protests – she’s not as carefree as everyone thinks. Flo takes a call from Wyatt who tells her the results are in. She says she’ll look later and admits she’s with Hope before disconnecting. Flo tells Hope a story about Phoebe’s father and explains she and Hope are different. Hope needs to understand why fate took Beth away from her. Flo says it wasn’t fate.

At Spencer, Bill presses Wyatt to show them Flo’s DNA results – they’re not waiting. Quinn says you’ll never hear her say this again, but, “Do what your father says.” Wyatt logs onto the computer but isn’t quick enough for Bill, who takes over, finds the information, and exclaims, “Oh my God!”

In the Forrester design office, 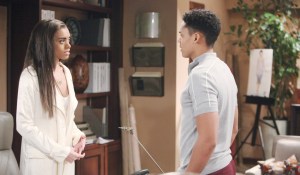 Xander kisses Zoe and asks about their spring break trip. Zoe relays she has to go to London herself – sometimes the only place to be is…away. Xander asks what she wants to be far away from, and Zoe explains she and Reese have unfinished business. Xander asks if Reese is in trouble. Zoe won’t get into it but asks him to text her if Hope makes a surprise announcement or takes off for Paris.

Flo tries to tell Hope the truth about Beth.