Tuesday April 9, 2019: On Bold and the Beautiful today, Zoe suggests Hope try for another baby, Hope calls Flo over to Forrester Creations, and Bill orders Shauna and Quinn over to Spencer Publications. 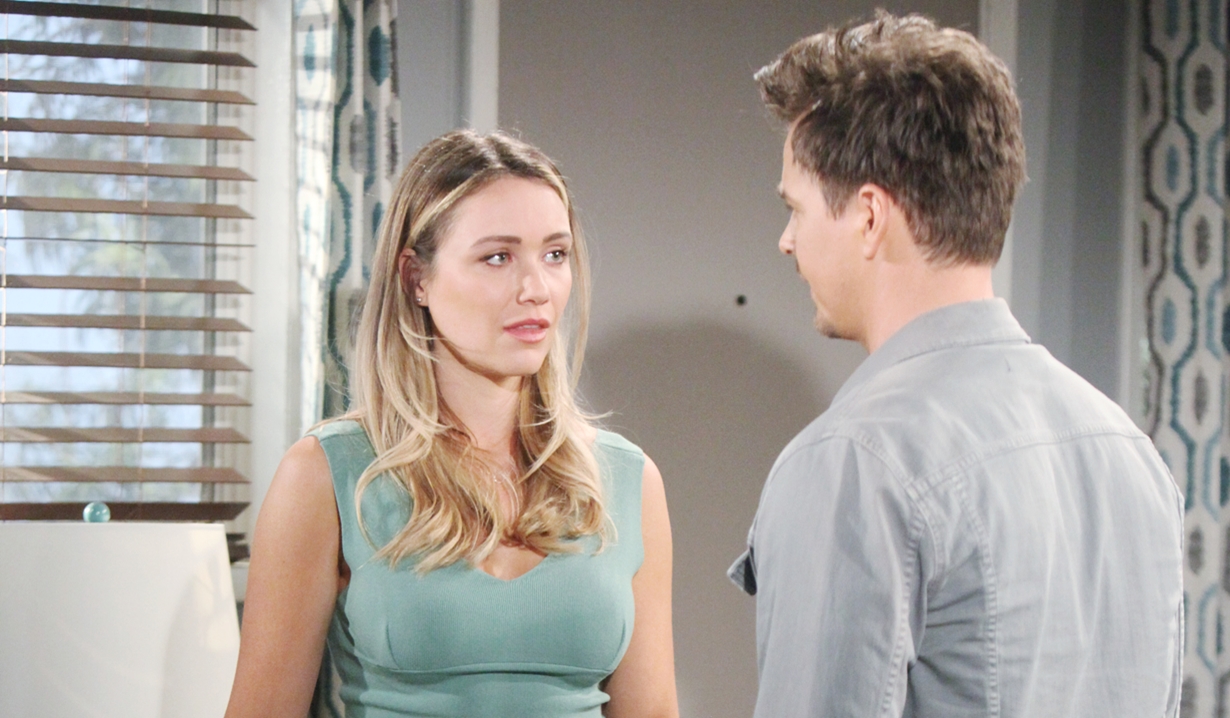 At Forrester Creations, Quinn is shocked that Shauna’s saying Bill could be Flo’s father and she could be Wyatt’s sister. She can’t get over it – how does this even happen? Bill remarks they don’t know if it’s true. Pam interrupts and Bill tells her they need a minute. He then orders Shauna and Quinn to Spencer Publications so they can get to the bottom of this.

In the Forrester design office, Hope talks with Zoe about Thomas and reflects on loss. 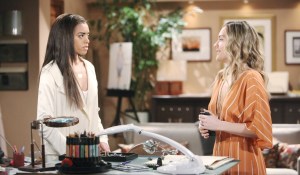 Zoe mentions trying for another child, which might help fill the hole in Hope’s heart. Hope talks about spending time with Douglas and mentions that she feels she should reach out to Flo as well. Zoe questions if that’s a good idea – it’s such an emotional time for both of them. Hope muses that Flo’s been able to deal with her loss and she’s still struggling – it’s worth it if Flo can tell her anything that might help.

At Flo’s place, Wyatt reassures her after she kisses him. She reiterates a part of her will always love him. They rehash Wyatt and his mother leaving Vegas so suddenly. Flo doesn’t hold it against him, and hopes finding her father will change her life just as it did Wyatt’s. He prompts her to check her email for DNA kit results. There’s still nothing. He comforts her. Flo takes a call from Hope, who wants to get together at Forrester Creations. Flo agrees to come over. After, Wyatt assures Flo that since he’s on the emails, if anything happens with her DNA results, he’ll let her know.

In the Forrester design office, Zoe’s dismayed as Hope relays that Flo’s on her way. Later, 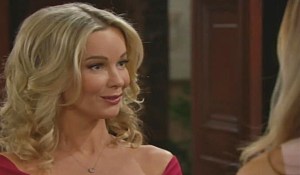 Hope gives Flo a tour and she’s excited by the glamor. They touch on the history of the Logans and Forresters and Donna enters. Hope introduces them and explains Flo is Phoebe’s birth mother. She adds Steffy’s overseas with the girls and she misses them. Donna can appreciate how hard it was for Flo to give up her baby. Pam calls Donna away, and Hope explains she’s been unable to find peace since losing Beth – she thought Flo could help her.

At Spencer Publications, Shauna admits to Bill that she’s not certain he’s Flo’s father. Quinn notes she hasn’t been honest with Flo, and it matters now that Wyatt may be her sister 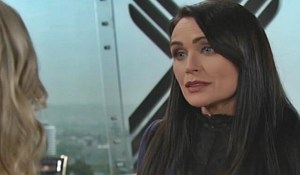 – they were high school sweethearts. Bill snarls at Quinn – they don’t need her to paint a picture. Quinn insists they need to know they could be siblings. Soon, Bill relays that Wyatt’s on his way up. They continue to bicker. Wyatt enters, is startled to see Quinn and Shauna, and asks what’s going on. Bill asks Wyatt if he was ‘with’ Shauna’s daughter just now. Wyatt blurts, “No! I’m in love with Sally.” He reveals Flo’s curious about her father. Quinn stammers on before finally telling Wyatt he and Flo could be brother and sister.

Shauna Reveals Wyatt & Flo Could Be...