Brooke Warns Liam About Taylor’s Plan for Hope and Thomas

Wednesday April 3, 2019: On Bold and the Beautiful today, Sally confronts Quinn about her attitude, Zoe asks Hope about having another baby, and Wyatt offers to help Flo find her father. 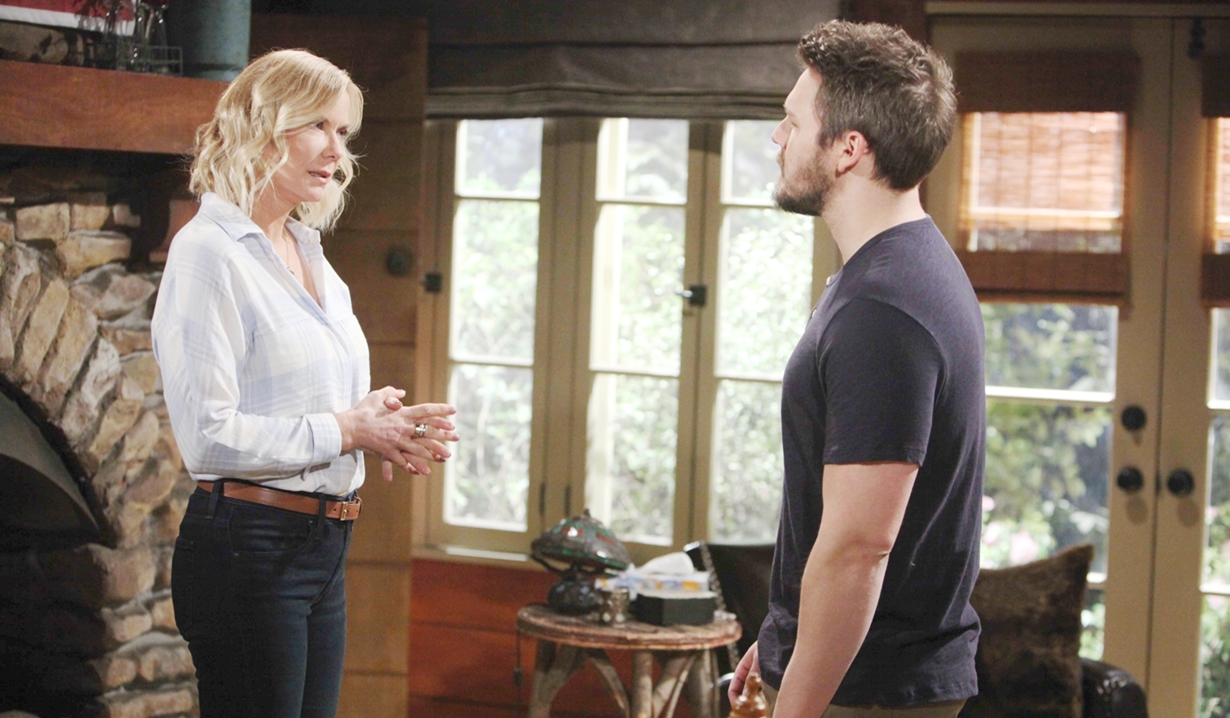 At Forrester Creations, Ridge assures Sally about her deal, and Wyatt asks to see it. Quinn asks, “What are you, her agent?” Eric’s pleased about Sally’s decision to stay and welcomes her back. Wyatt reveals he’ll stay at Spencer. Sally will miss working with him. Quinn sniffs there’s such a thing as too much togetherness…though for her and Eric it’s different. After, Quinn gets Wyatt alone and crows about sweet 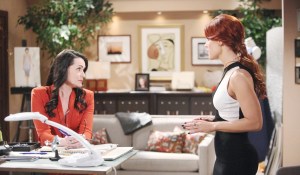 Flo and laments losing touch with her mother, Shauna. Wyatt snarks that’s what happens when you disappear in the night. Quinn suggests Wyatt help Flo find her father. In the design office, Zoe wonders if Hope and Liam will try for another baby. Hope remains silent as Zoe reflects she was meant to be a mother. Later, Sally finds Quinn in the design office and asks if she has reservations about her. Quinn replies that Eric supports her and she supports her husband. Sally asserts that she and Wyatt love each other, and she’ll do everything she can to make him happy. Quinn refers to Wyatt as a free spirit. Sally snaps that he doesn’t want to be a free spirit, he wants to be her boyfriend.

At the cabin, Liam remarks to Brooke that Douglas and Hope are a comfort to one another. Brooke warns him about Taylor, who believes Liam should be with Steffy and that Hope and Thomas should get together to raise his son. Liam reminds her Taylor’s in Europe right now and assures Brooke he loves Hope and isn’t going to let her slip away. Brooke urges him to keep reminding her of his love. Suddenly, Hope enters. After Brooke’s gone, Hope tells Liam about Zoe asking her about trying for a baby again. Liam isn’t ready to give up on that either. Hope thinks maybe it’s best she mothers other people’s children – she doesn’t think she can go through the disappointment again. Liam promises there’s a child out there for her to love as much as she loved Beth.

At the main house, Ridge is irked to learn Brooke spoke to Liam about Taylor’s crazy idea.

More: All My Children & One Life to Live were canceled in April

At Bikini Bar, Zoe teases Danny about his open shirt before ordering a coffee from Flo. They discuss Hope. Zoe says she can’t even talk about the idea of having another child. 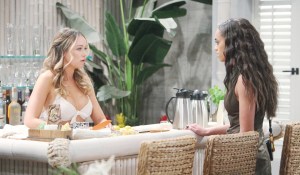 Flo’s ready to come clean, but Zoe says that’s not a possibility. She suggests again that Flo should go back to Vegas. Flo won’t go on Zoe’s marching orders, so Zoe warns her that she’s fooling herself about Wyatt – he and Sally are in it for the long haul. Wyatt arrives, and once alone with Flo, asks how she knows Zoe. Flo deflects and talk turns to Quinn’s suggestion that she find her father. Wyatt shares what it meant to find his father and offers to help her locate hers.

While watching Hope with Douglas, Thomas feels a connection to her.