Will’s Exposed As the Matchmaker for Bill & Katie

Monday April 1, 2019: On Bold and the Beautiful today, Brooke rails about Taylor's nerve, Thomas watches Hope interact with Douglas, and Donna, Justin, and Wyatt find themselves on the hot seat. 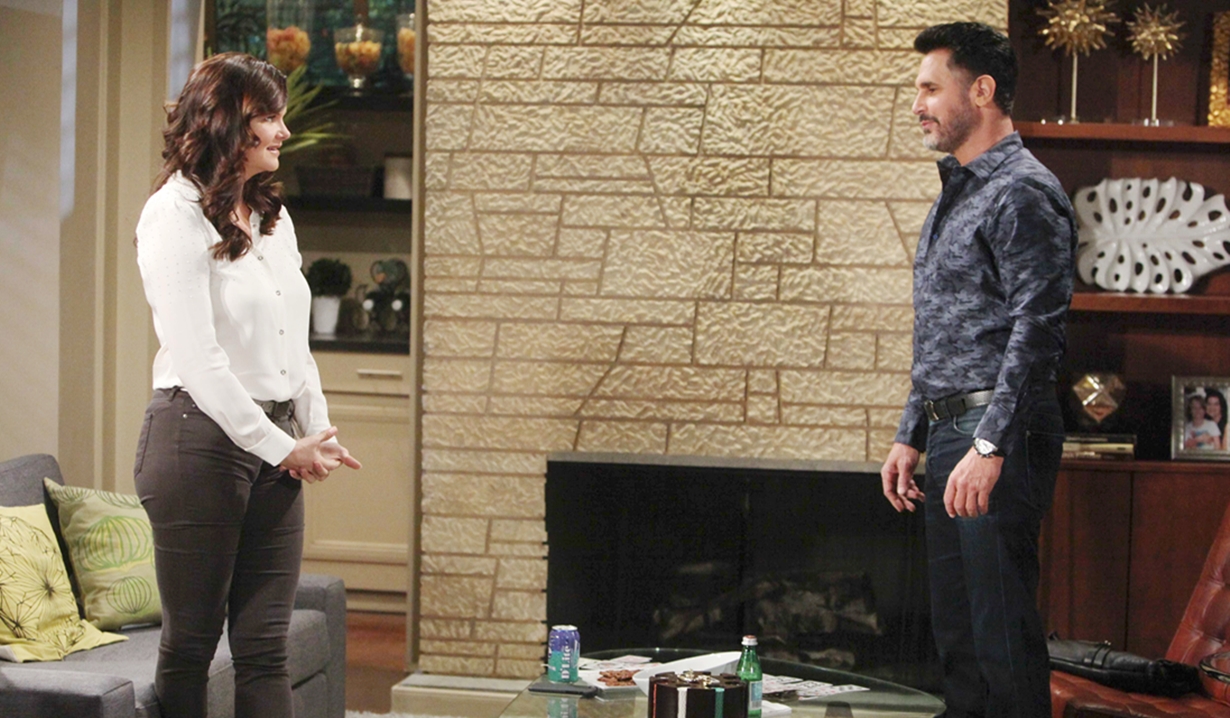 At Brooke’s house, she implores Ridge to tell her what Taylor said about Hope. Ridge doesn’t want friction, but finally admits Taylor thinks it’s a good idea that Douglas and Hope spend time together. Brooke doesn’t disagree with that; they might be able to help each other. She asks what else she said. Ridge begins, “This whole Thomas thing…” Brooke, aghast, realizes Taylor wants Hope to be with Thomas. She rants, “The nerve of that woman.” Brooke declares what she really wants is to break up Hope and Liam. She goes on about Taylor being obsessed and wonders if she really thinks she can make Thomas and Hope happen.

In Hope’s cabin, she tells Douglas she’ll always be there for him. Hope suggests they help each other by sharing memories and imagining Caroline taking care of Beth in heaven together. Thomas thinks it’s a good deal. Douglas spots the ultrasound photo. Hope confirms it’s Beth and sends Douglas to get her phone to see pictures of her and his mom. Thomas tells Hope she’s good for his son. Hope responds, “We’re good for each other.” Thomas assures her that Caroline would be pleased she was stepping in with Douglas. Hope’s sorry things didn’t work out between the two of them. Thomas says it wasn’t meant to be, but they were good parents. Douglas returns, and Thomas watches as he and Hope go through photos. After, Douglas asks questions about angels. Hope says they can close their eyes and feel them.

At Spencer Publications, Katie suspects that Bill set up the romantic dinner, but he insists he didn’t. They decide it’s time to find out who’s behind the matchmaking, and head out.

At Katie’s place, Will beats Justin and Donna in another hand of poker as Wyatt arrives – Bill texted and asked him to meet there. Will hopes he brought his wallet. Katie and Bill arrive. Katie chastises Will for playing cards for real money. He insists he’ll give it back. Bill advises him to go play solitaire so the adults can talk. Katie and Bill confront Donna, Justin and Wyatt – one of them is their matchmaker. 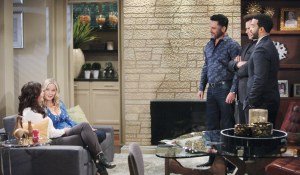 All three deny it. Katie says the reservation was made under the name William Spencer; there are only so many people with access to Bill’s credit card. Will reappears and announces he’s going to bed – he can’t wait for the next poker night. Justin chuckles he’s like his namesake and they all realize Will – William Spencer – is the matchmaker. Bill and Katie join Will in his room and trick him into incriminating himself. Will thought he’d help bring the family together and thinks they’re great together, but he knows it will never happen. Bill muses, “Never say never.” He admires Will for making a power move – it’s the mark of a true Spencer – but the credit card fraud can’t happen again. When asked, Bill assures Will that anything is possible.

Katie & Bill's Romantic Dinner Is a...