Tuesday March 26, 2019: On Bold and the Beautiful today, Ridge learns Brooke saw Taylor kiss him, Liam worries about Hope, and Taylor learns Douglas asked Hope to be his mother. 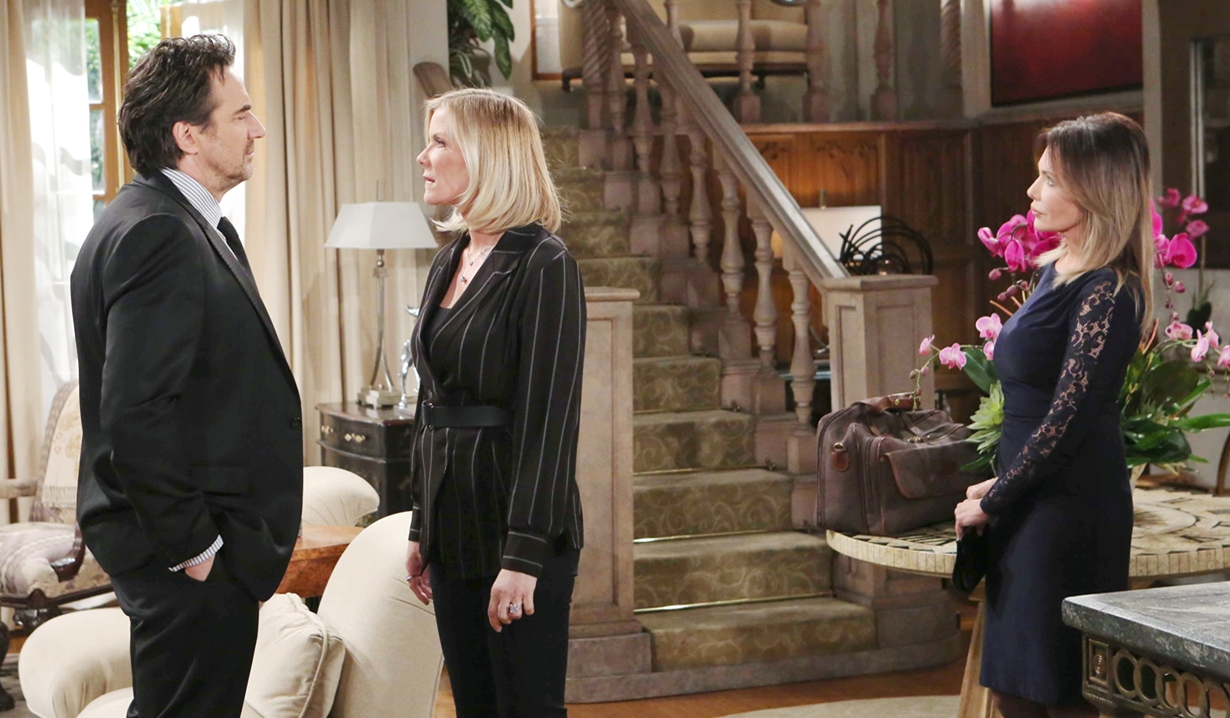 In the cabin, Hope’s stunned when Douglas asks her to be his mommy. Hope assures the boy his mother is still watching him, and anything she can’t do for him, she will…or she’ll try her best. She helps Douglas tie his shoelace and he hugs her. Thomas prompts Douglas to go to the house for food. He checks that Hope isn’t going anywhere before running out.

At Brooke’s house, she hollers at Taylor about coming into her home and attacking her and her family. Taylor points out this is where her son and grandson are staying. Brooke reminds her she kissed her husband. Taylor denies wanting Ridge. They rehash if Liam should be with Hope or Steffy. Brooke warns Taylor against spewing her insanity to Hope. They continue arguing loudly until Ridge interrupts. He can’t believe they’re doing this when they’re mourning Caroline. Taylor informs Ridge if he goes along with Brooke banning her from the premises, she’ll take Thomas and Douglas with her. Exasperated, Ridge asks why they’re doing this today, then greets Brooke, who tells him she saw Taylor kiss him. Thomas and Douglas enter. Brooke hugs Thomas and greets Douglas. After Taylor takes them to the kitchen, Brooke assures Ridge she’s not mad at him and elaborates on Taylor trying to get Liam to leave Hope for Steffy. He agrees Taylor’s not easy and hope things will be better once her practice re-opens. Brooke’s pleased to hear Ridge agrees Taylor shouldn’t try to mend her family by tearing apart her daughter’s marriage. In the kitchen, Thomas tells Taylor she should go overseas to help Steffy before talk turns to Douglas and Hope. Taylor learns Douglas asked Hope to be his mother. Thomas shrugs, “What can I say? Out of the mouth of babes.” Taylor replies thoughtfully, “Indeed.” 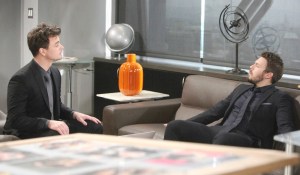 Wyatt and Liam discuss Bill not raising them and Liam wonders what kind of father he’ll be. Wyatt mentions Hope is afraid to be a mother, and Liam clarifies she’s afraid to lose another baby. Wyatt senses Liam’s reluctant to go home. Liam admits he feels he’s failing Hope – the only thing that might bring her back to herself is the one thing she won’t consider; another child.

Liam joins Hope in the cabin, where she’s deciding to do what the remaining baby gifts and states there won’t be another pregnancy. She thought there might be something Douglas would like, and reveals he asked her to be his mommy. Hope reflects that it helped take her out of herself and opened her up to the sweet little boy in need. 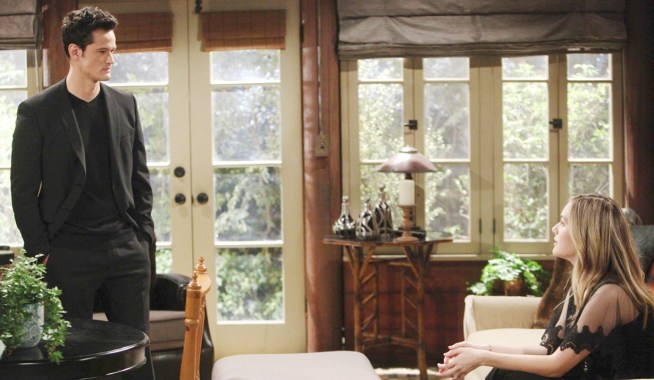 Brooke Lunges at Taylor With a Strong Warning 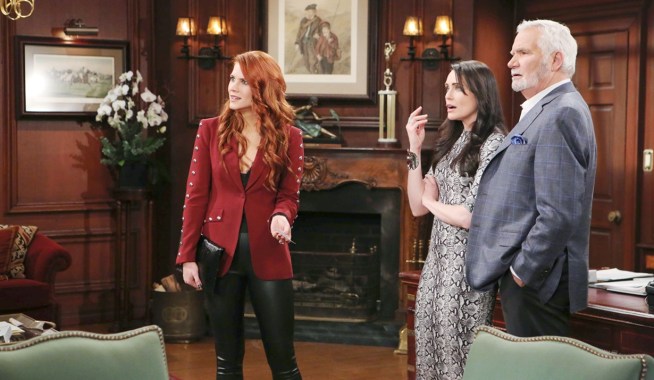