Taylor Receives a Devastating Phone Call That Leaves Her Sobbing

Thursday March 14, 2019: On Bold and the Beautiful today, Ridge checks in on Liam, Bill and Katie realize they were set up, and Bill and Taylor both receive horrible news. 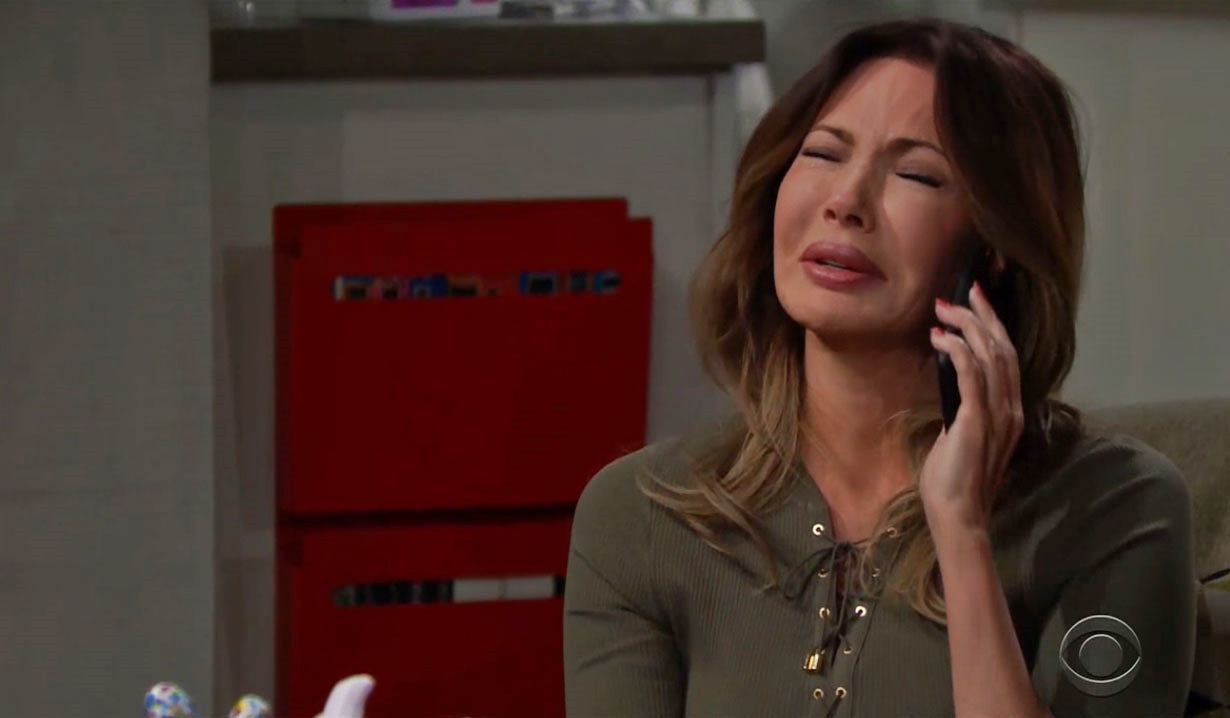 At the cliff house, Taylor’s dismayed to hear that Steffy’s going to Paris and asks about Liam. Steffy relays she told him and Hope she’s leaving. Taylor’s snippy about her reporting to Hope. Steffy denies doing that and explains it’s a good thing to give Hope space with Liam. Taylor’s irked that she’s advocating for their marriage and urges Steffy to fight for her family. They debate as Taylor compares Hope to Brooke, though admits she’s not as brazen. Steffy won’t take Hope’s husband after she lost her child. Taylor takes a phone call and sobs, “Oh no, please God no.” Steffy, panicky, asks what happened.

In the cabin, Ridge asks Liam about his grief. Liam, who is awaiting a return to normalcy, says he drives up to Mulholland and screams into the abyss – that’s about it. Talk turns to Steffy’s trip. Liam understands it’s her job, then elaborates that he and Steffy were getting concerned about Hope’s attachment 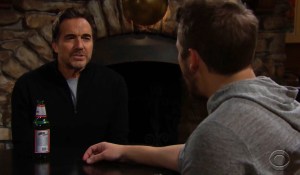 to Phoebe as well as her pushing him and Steffy back together again. Ridge learns there’s no chance of that happening and isn’t surprised Steffy’s looking out for Hope, but he still wonders what might be if Bill hadn’t taken advantage of Steffy. Liam notes Steffy never accused him of that. Ridge believes it and thinks Liam should see it now he has two daughters; even though Phoebe’s not technically his. Liam agrees they’re both his daughters.

At Il Giardino, Katie has no recollection of making plans with Brooke and Bill learns his meeting with the mayor was actually scheduled for next month. Katie asks, “What is going on?” 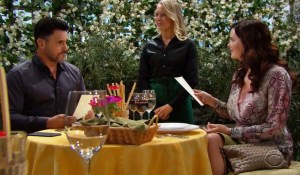 Bill thinks someone’s been playing with his calendar, but in this case, doesn’t mind at all. Katie agrees someone is setting them up and they feel Wyatt, Justin, and Donna are all likely suspects. They toast and chat. Bill notes he always has a good time with Katie. He blurts, “Thorne’s an idiot.” He’d have to be a fool to walk away from what he had with Katie and Will. When Katie goes to freshen up, Bill flashes through their romance. Katie returns and Bill’s just had horrible news…but assures her it’s not about Will.

More: What Thomas’ return could mean for Hope

At Spencer Publications, Justin muses that perhaps the mayor will be a no-show, 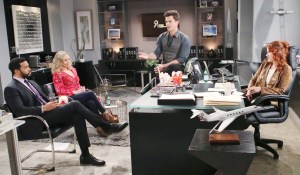 and Donna recalls Brooke is out of town – she wonders, with a smile, if Bill and Katie will end having lunch together at Il Giardino. Wyatt notes it would be great for Will if Bill and Katie got their family back together. Sally asks where Katie stands. Donna thinks Katie secretly likes the idea and would put her money on a reunion. Talk turns to Bill trying to make things right with his sons. Donna knows Bill stepping up for Will makes Katie happy – who knows what could happen over an accidental lunch date?

Bill feels guilty about a lie he told.