Friday March 8, 2019: On Bold and the Beautiful today, Wyatt asks about Flo's baby daddy, Taylor gives her opinion on Liam to Steffy, and Zoe and Xander's romantic evening is interrupted. 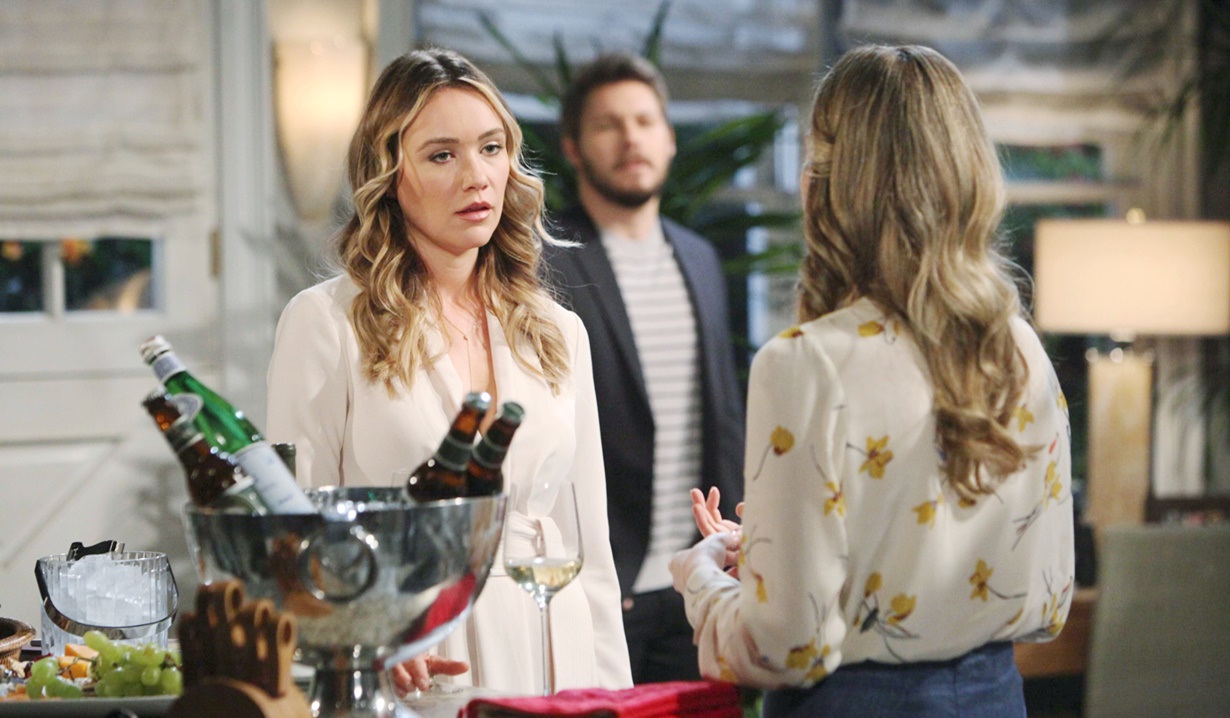 At the beach house, Florence, shaken, tells Hope this whole situation is wrong – it should never have happened. Hope reassures her about giving up her baby. Florence tells Hope she shouldn’t be going through this pain either. It kills Hope to say it, but she tells Florence that their Beth is gone and there’s nothing anyone can do to bring her back. Florence flashes to Zoe’s warning they could all go to prison. She wipes away tears as they all try to make her feel better. Hope thanks her for the reminder she’s not the only person with challenges 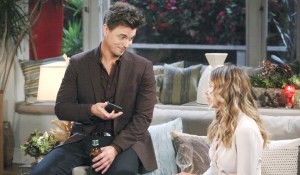 in life. After, Wyatt checks in with Flo – he can’t believe she’s his niece’s birth mother. They take a selfie and Wyatt tells Flo she did a brave thing. He asks if Phoebe’s dad is someone he knows. Flo replies, “The less I say about him the better.” When Wyatt goes to canoodle with Sally, Hope apologizes to Flo if she overstepped before. She notes Flo’s kindness to a stranger. They then agree they don’t feel like strangers. Wyatt, Liam and Sally watch them talk and they remark on Hope and Flo being alike – kind and generous. They think it’s good the women have one another to talk to. Meanwhile, Hope tells Flo that Phoebe brought her joy in a very dark time in her life. She remarks on Flo’s unselfish act – she can’t think of anyone who would be a better mother than Steffy. Flo blurts, “You would be a great mother too.” Hope reveals she won’t try for another child – it’s not meant to be. Flo vehemently disagrees – she’s certain Hope’s meant to be a mother.

At the cliff house, Steffy tells Taylor how much she loves the girls. Taylor wishes she didn’t have to do this alone – Liam should be there with her. Steffy reveals that Hope 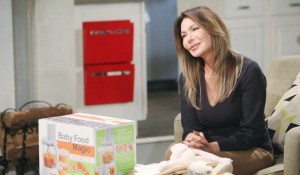 thinks that too. She tells her mom about Hope’s plan to put the babies first and remarks that it’s heartbreaking. Taylor marvels that Hope actually took off her ring and is disappointed to hear Liam told her to put it back on. She hates that Hope is going through so much pain, but she agrees Liam should be there helping Steffy with the girls. She muses they lost Ridge and Liam but still have each other and the girls – no one can take that away.

At Zoe’s place, she lets Xander know how much she loves him, and they make love. After, Zoe teases she made the right decision following him to Los Angeles. They’re kissing when Zoe’s phone alerts her to a new post – she sees Wyatt and Flo’s selfie with Hope and Liam in the background. Xander senses something’s wrong. Zoe says it’s something she thought she took care of.

Sally makes an observation about Hope and Flo.

‘Mahalia’ Star Danielle Brooks On Bringing The Life And Struggles Of Mahalia Jackson To Light: “She Was Our Royalty; She Was The Queen Of Gospel”