Thursday March 7, 2019: On Bold and the Beautiful today, Zoe and Xander discuss her father amid romance, Sally discovers Flo's connection to Wyatt, and Taylor's new practice is getting off the ground. 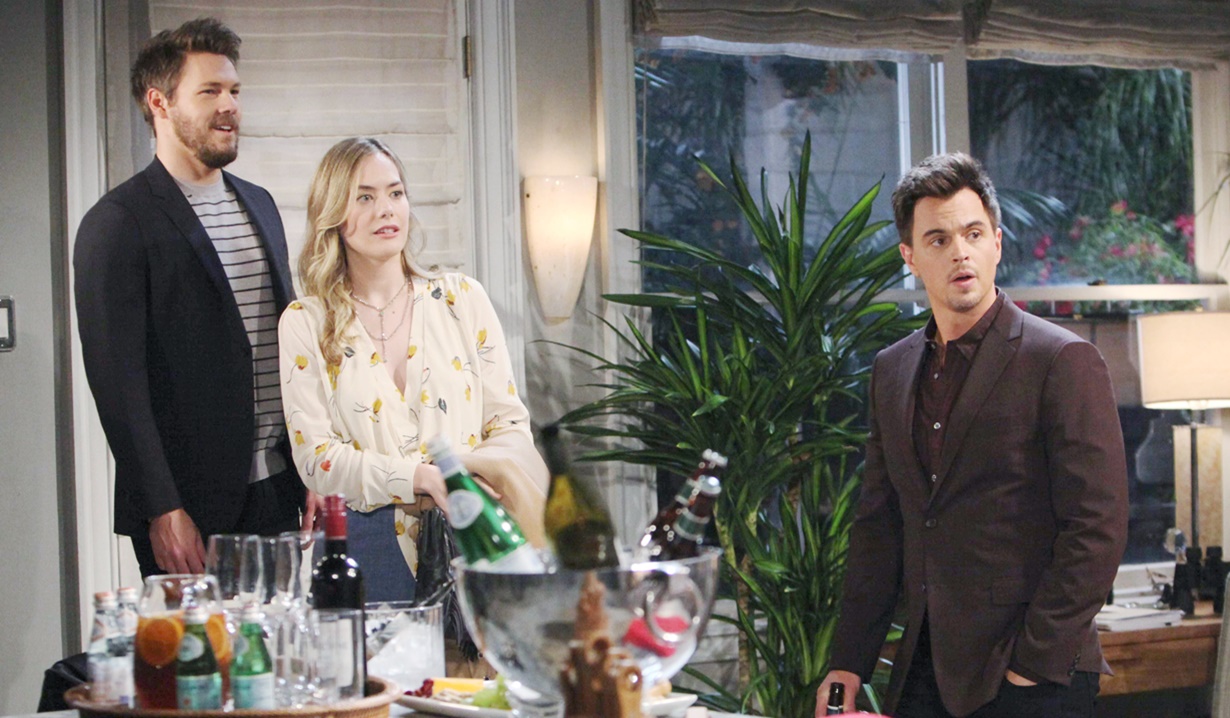 In the cabin, Liam insists to Hope that going to dinner with Sally and Wyatt will be easy – they need to start living their lives again Hope kisses him and says he’s right – she has to try.

At the beach house, Wyatt apologizes to Sally for adding another guest on short notice. She’s glad to learn more about his past. Sally leaves for supplies, and Flo arrives. Wyatt tells her she looks amazing and suggests she stay in L.A. 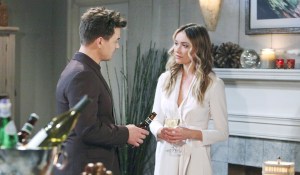 Sally returns and Wyatt introduces her as his ‘boo’ Sally Spectra. Sally asks to hear about Wyatt in high school and Flo teases he had a mohawk. Hope and Liam arrive and Hope’s stunned when Wyatt introduces Flo as his old friend. Hope blurts that she’s Phoebe’s birth mother. Awkwardness ensues as Flo realizes Hope is married to Wyatt’s brother. Wyatt blurts that Flo was his high school sweetheart, which is news to Sally, and Wyatt asks why Flo told him she never had kids. 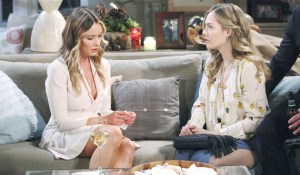 Hope apologizes to Flo, who protests it’s true – Phoebe isn’t hers. Liam takes Wyatt aside – he really had no idea Flo was Phoebe’s birth mom? Wyatt exclaims, “None!” Liam joins Flo and Hope and discusses the loss of Beth. Flo learns Steffy is Liam’s ex-wife. When Hope starts reliving the night Beth died, Flo cries, “I wish I had known.” She talks about regrets and asks them not to hate her. Wyatt assures Flo no one is judging her. Hope senses she’s trying to tell them something. Flo responds, “Yeah. It’s about Phoebe.”

In the cliff house, Taylor and Steffy are excited about Taylor’s new practice getting off the ground. They chat about the girls. Steffy says Phoebe completed them. Taylor loves seeing her daughter happy. Steffy worries about Flo having second thoughts and hopes she knows Phoebe’s in a happy, loving home. Taylor’s glad Steffy hasn’t heard from Flo, and that she’s moved on. Steffy realizes she’s been with Phoebe longer than Flo was – she’s her mother in all ways that matter.

At Zoe’s place, she tells Xander he can alleviate he stress by saying nice things to her and being her boy-toy. They kiss. As Zoe prepares food, Xander notes she deserves pampering 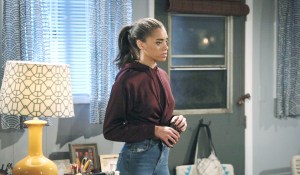 and asks if she’s heard from her father. She hasn’t and doesn’t want to. Over dinner, Reese comes up again. Xander senses something happened before he left. Zoe complains he always lets her down – he’s gambled away his money and principals. Some of the things he’s done horrify her. Zoe switches gears to how much she trusts Xander and hopes to build a future with him. They share kisses over the table. When Xander wonders if they should get another cat, Zoe notes Harry was irreplaceable, like a child. The tone turns sexy and they begin undressing and kissing.

Taylor gives her opinion on Steffy’s situation with Liam and Hope.