Wednesday March 6, 2019: On Bold and the Beautiful today, Hope and Liam discuss her meeting with Flo, Sally says goodbye to Xander and Zoe, and Wyatt invites Flo to dinner. 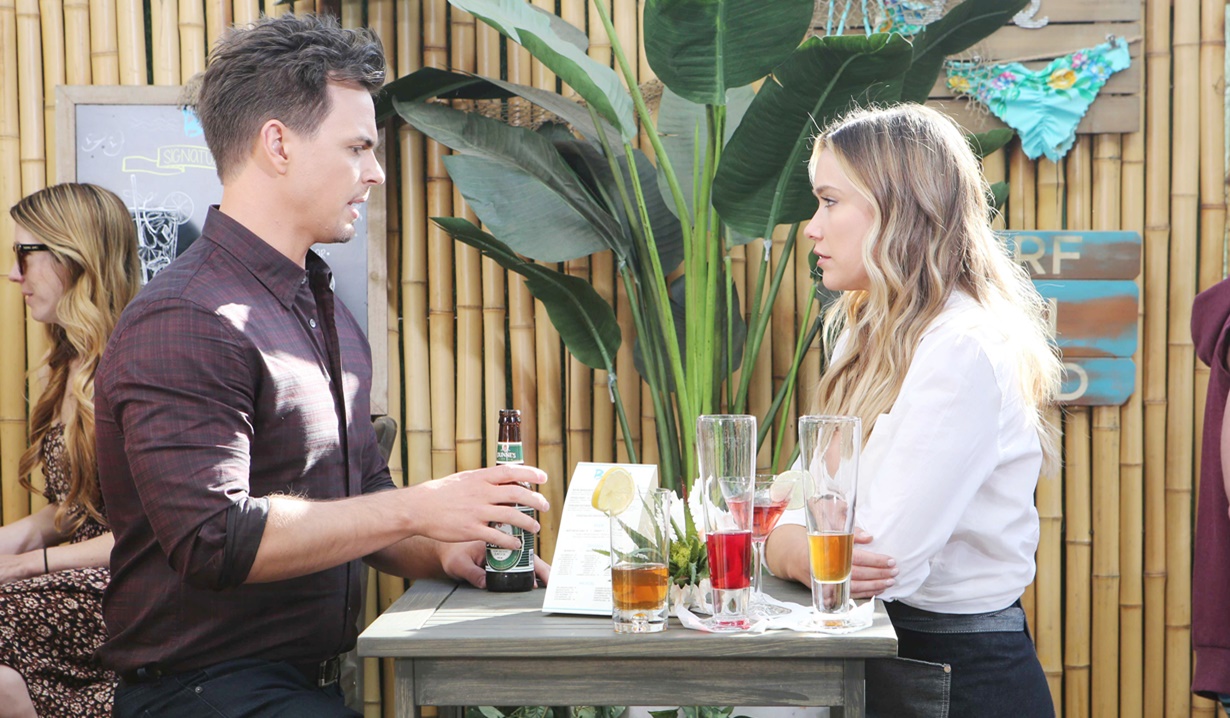 At Bikini Bar, Wyatt tells Florence she looks amazing – he didn’t know she’d moved to L.A. Flo points out they haven’t spoken in years; he just left Vegas without explanation. Wyatt never meant to hurt her and certainly didn’t want to leave her. He explains he and his mother dealt in expensive stones with their jewelry business – they had to leave Vegas quickly, in the middle of the night, and he couldn’t tell her. Florence feels Wyatt’s still the best-looking guy in the room. Wyatt relays that he no longer works with his mother and updates her on finding his father. Flo learns he’s Wyatt Spencer now. They chat. Wyatt learns she’s not married and asks about kids. She replies, “That didn’t happen either.” Florence has to work, but first – she never got to tell Wyatt she loved him. Flo then kisses him. She’s missed him so much. Wyatt reveals he’s living with someone. Flo’s disappointed but not surprised. He says he and Sally are throwing a dinner party and invites her to come – she can meet his brother – he has two brothers now. Flo agrees to come for a drink.

At the cabin, Hope and Liam marvel over her meeting Phoebe’s birth mother at Bikini Bar. Hope says it felt like fate that they ended up in the same place at the same time. She explains Zoe told her. Liam’s taken aback – how does Zoe know Phoebe’s birth mother? Hope isn’t sure and notes it seemed there was tension between them – she’s never seen Zoe so intense. Liam asks what Flo was like. 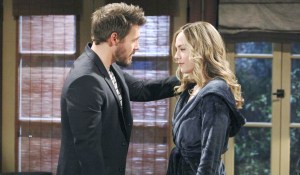 Hope was freaked out by her at first, but then saw vulnerability and sweetness. Liam notes Steffy liked her too – he’d like to meet her. Later, Liam mentions Wyatt and Sally’s dinner party. Hope’s not sure she can do it. She goes back to thinking of Flo – giving birth to Phoebe and having to give her up must have been so difficult.

In Forrester Creations’ studio, Xander and Tiffany enthuse over Sally’s news about heading up her own design house at Spencer Publications. Talk turns to Xander’s bet with Zoe to lose their British accents. Zoe appears and they think she seems distracted. Zoe ran into someone at Bikini she hopes not to see again. Zoe is filled in on Sally’s impending departure and wishes her well. Sally thinks they have bright futures as well. Zoe wonders about Bill backing Sally. She explains Wyatt made it a condition of his return to the company – she loves him so much. Sally invites them to join them for dinner, but Zoe says they have plans. Once alone, Xander asks Zoe what their plans are, and learns it’s a ‘clothing optional’ event at her place. They kiss.

Zoe Lashes Out at Flo After...