Flo Introduces Herself to Hope at Bikini Bar

Monday March 4, 2019: On Bold and the Beautiful today, Xander wants to change things up, Steffy visits with Ridge, and Wyatt has a question for Liam. 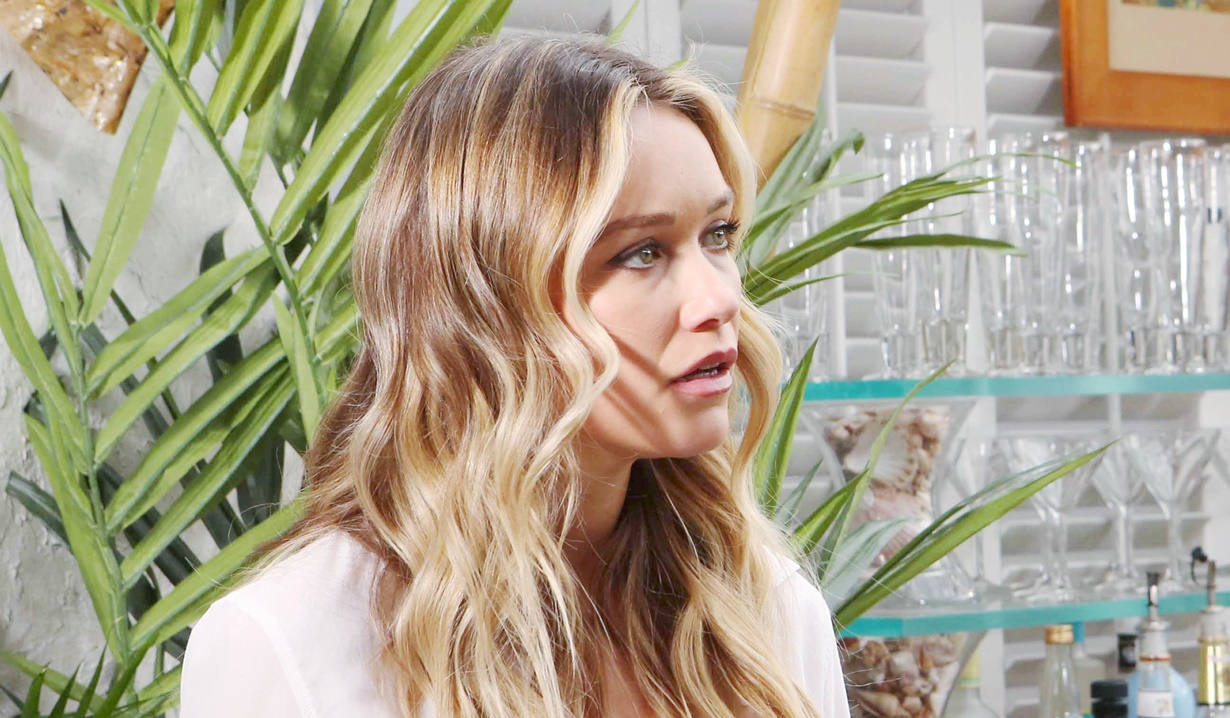 At the cliff house, Steffy, holding Kelly, returns work calls and is about to become overwhelmed when Ridge arrives. She hands him Kelly and runs to get the whistling teakettle. After, Steffy advises Ridge she’ll nominate him for World’s Best Dad. He teases not to tell Liam, which prompts Steffy to fill him in on what Hope tried to do. Ridge agrees they all feel for Hope, 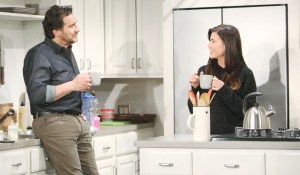 but wonders if a part of Steffy thought it would be great to have Liam come back to her. Steffy reflects that if Liam was here she wouldn’t have Phoebe, and she loves her as though she were her own. Later, Ridge holds Phoebe and remarks on her resemblance to Kelly. Steffy notes the birth mom was pretty – she hopes she’s happy.

In the cabin, Liam updates Wyatt that Katie took Hope to Bikini Bar – he has a feeling it will help her. Wyatt senses something is off with his brother, and Liam admits Hope told him to go back to Steffy. Wyatt digests the news she wanted to sacrifice her own happiness for the girls then asks if part of Liam thinks Hope’s suggestion might be right. Liam explains he needs to be there for his wife. Wyatt understands, and doesn’t feel he has the right to an opinion. Liam would like to know his opinion and asks if he thinks Hope is right. Wyatt’s expression indicates he might. Liam admits he wants to spend as much time with the girls as possible – whatever happens, he’s grateful Phoebe’s in their lives.

At Bikini Bar, Zoe insists to a resistant Florence that she should go back to Vegas. Soon, Katie and Hope arrive. They sit at the bar as Katie talks to Hope about trying to reunite Steffy and Liam, and urges her not to push him away. Hope tells her aunt, “My baby is gone.” She holds her ultrasound photo and Katie muses that’s a beautiful way to keep the memory of her baby close. Florence continues to listen as Hope tells Katie about being unconscious during the birth, and drops a glass when Hope adds, “Dr. Buckingham did everything he could, but…” Hope asks if she’s okay, then resumes wondering to Katie if things would be different had she stayed awake during the birth. She’d give anything to have her daughter back. Katie leaves to get Will. Flo sees Hope’s name on her credit card and tells her she overheard her. She introduces herself, says she’s very sorry, and there’s something she has to tell her. 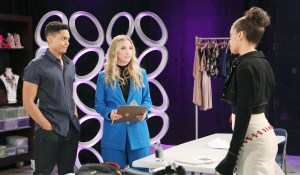 Xander and Zoe talk to a staff member (played by eTalk’s Liz Trinnear about early call times and she remarks on their British accents. After she walks away, Xander challenges Zoe to get rid of their accents. He tries a Boston accent. Zoe’s distracted. She asks if there’s a Vegas accent – that’s where Florence is from. Xander states if she’s having regrets about Steffy adopting her child, there’s nothing Zoe can do.

Wyatt weighs in on Liam’s dilemma.

Zoe Lashes Out at Flo After...