Wednesday February 20, 2019: On The Bold and the Beautiful today, Wyatt has news for Sally, Donna asks Katie an important question, and Bill supports Katie and Will. 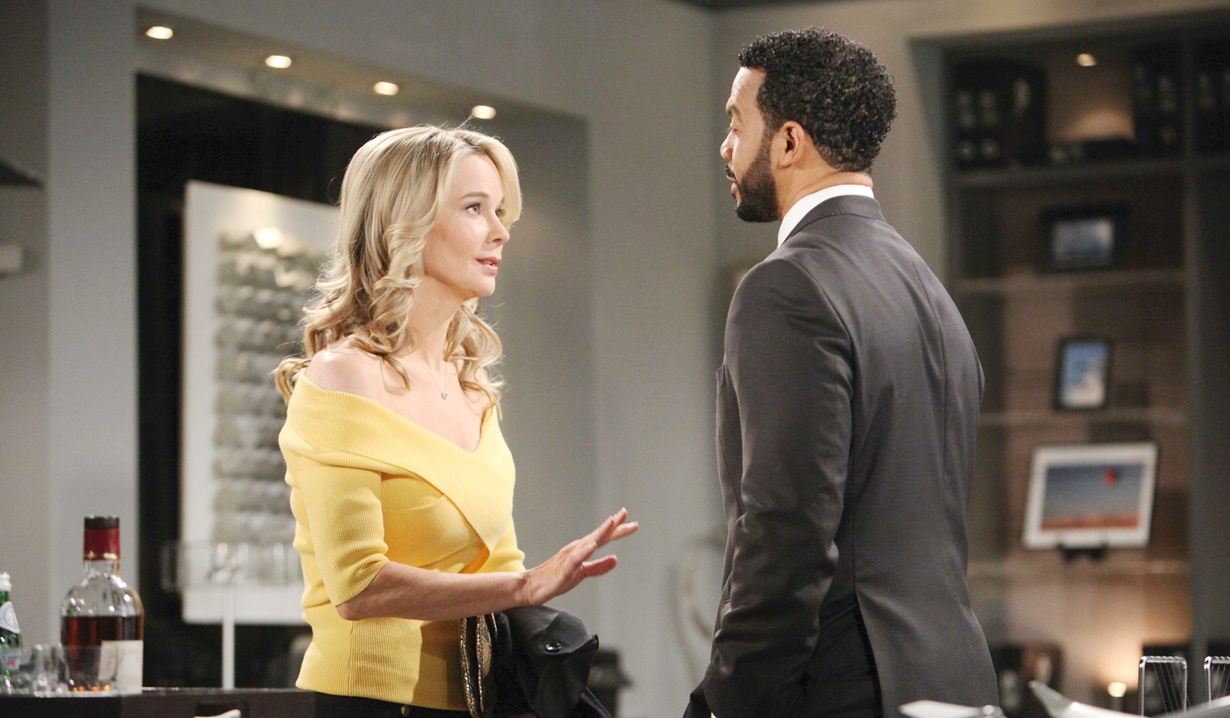 Sally and Wyatt make out in bed at the beach house. Wyatt admits he needs to talk to her about something – his father asked him to come back to work at Spencer Publications. He understands Sally has issues with him. Sally asks if it’s what Wyatt wants because she doesn’t want to interfere. Wyatt tells her he has an idea. He gets out of bed and pulls out Sally’s old Spectra Fashions contract with Spencer – he thinks 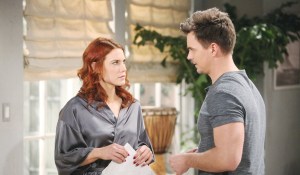 they should give Bill a chance to make things right. Sally’s happy designing for Forrester. Wyatt’s happy there too, but mainly because Sally’s there – he won’t return to Spencer unless she’s a part of it. Sally’s touched, but she’s never been happier. Wyatt wants to reclaim his birthright at Spencer, but he thinks it’s her time to shine – she could take what she’s learned at Forrester and do amazing things on her own. Sally has no doubt, but her future must include Wyatt. They kiss.

At Spencer Publications, Justin tells Bill that Thorne’s departure may not be a bad thing; he wants a future with Will, and that includes Katie. Bill talks about family and reveals he made Wyatt an offer and wants his boys back. Justin learns Wyatt’s still thinking about it. Bill muses that it will take longer to win back Liam’s trust. He feels with Wyatt’s help, he’ll reunite the family. Bill decides to go check on Will and Katie. Justin warns she may not feel like company, but Bill exclaims that he’s family.

At home, Donna wants to know if Katie is okay. Katie muses she didn’t see Thorne’s decision coming, and they discuss his reasons. Donna asks if Katie’s still in love with Bill. 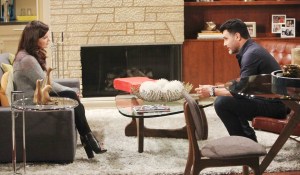 Before she can answer, Bill arrives. Donna leaves so they can talk. Bill lets Katie know he’s aware about Thorne and the annulment and is concerned about her and Will. Katie says Will’s disappointed, but seemed to get it. Bill suggests a sports injury analogy to help the boy understand better. Katie’s impressed. Bill lets her know he’s there for them. Katie admits part of the reason Thorne left was he thought she was still in love with Bill. Will enters, and Bill reiterates he’s there for them both. Will hugs him as Katie tears up.

Donna arrives at Spencer Publications. Justin thanks her for coming – she looks great. He wanted to ask her something in private. Donna notes she just spoke to Marcus, and everything’s fine. Justin agrees they raised a great kid, but he wanted to ask her something about Bill and Katie. He wants Bill to be happy, and he’s never seen him more so than when he was with Katie. 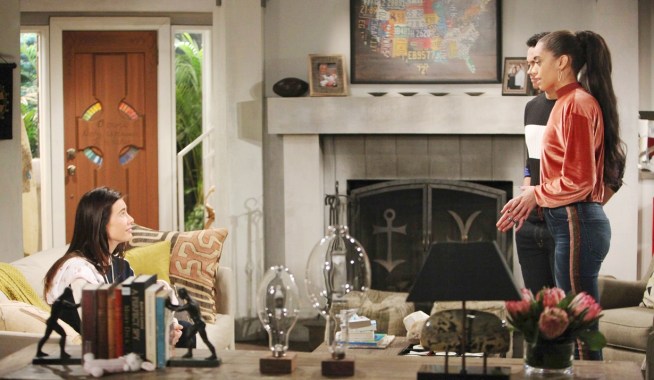 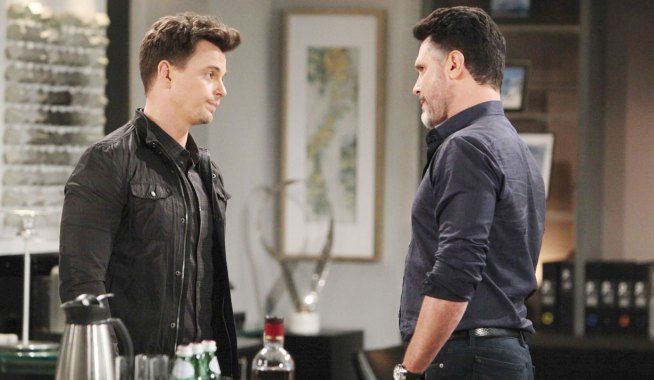