Tuesday February 19, 2019: Hope makes an admission to Brooke, Zoe backs down from telling Steffy, and Bill makes Wyatt an offer. 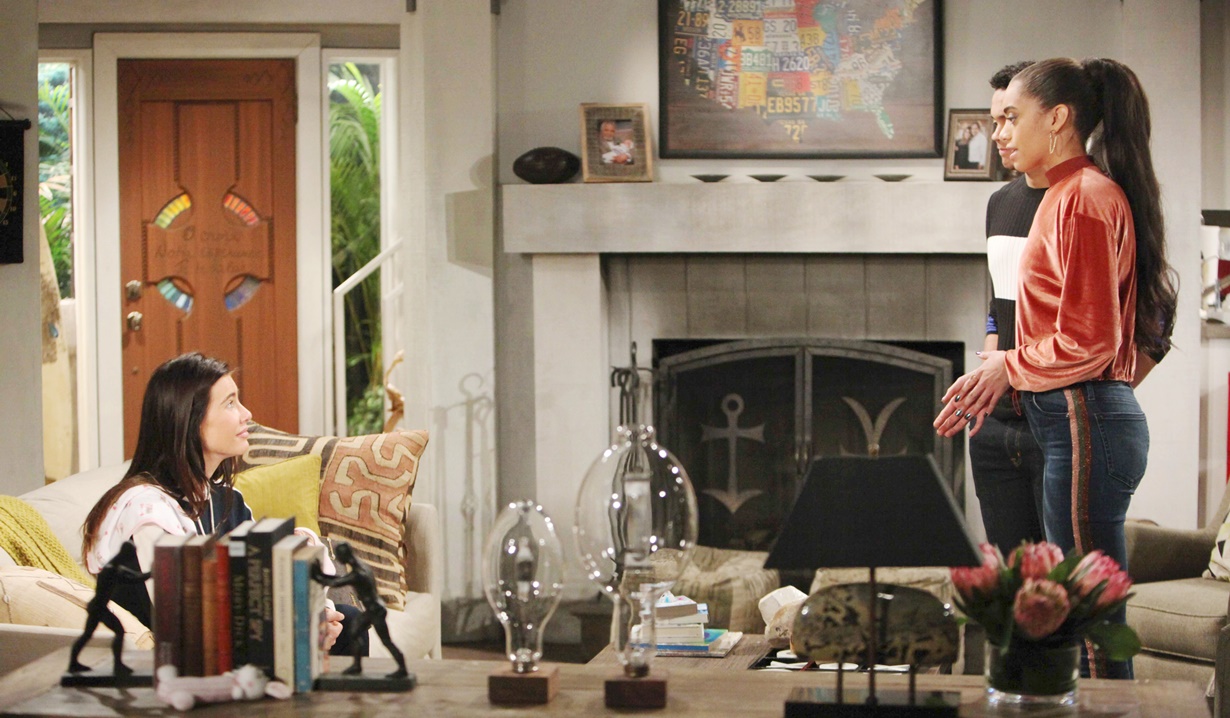 At Steffy’s house, Zoe and Xander talk about Phoebe and Beth being close in age. Zoe murmurs, “You couldn’t get any closer.” She says there’s something Steffy should know, but the baby cries. When Steffy returns with Phoebe, Zoe looks pained. Steffy feeds the baby and remarks that she’s her daughter just as much as Kelly. She asks what Zoe had to tell her. Zoe stammers – she just wanted to say she’s happy for her – at work they discussed wanting to be there for Hope, but also for Steffy’s exciting new chapter.

At Forrester Creations, Hope explains to her mother how much better she feels holding Phoebe. Brooke realizes the baby brings Hope peace. Hope thinks she was brought into their lives for a reason – hers and Steffy’s. Hope then admits there’s another layer; she almost feels guilty as she envisions the life Phoebe and Kelly could have if Steffy and Liam were together. Brooke assures her there’s no reason to feel guilty, but Hope argues they could have a full-time father. Brooke warns her not to push him away – she has to be there for Liam. Hope feels losing Beth changed everything.

At Reese’s place, Flo urges him to try and reach Zoe and get her to keep quiet. Reese tries but his call goes to voicemail. Flo wonders if they should just sit and wait for the police to show up. Reese hopes Zoe will realize there’s no benefit to the truth coming out now. Florence talks about her tremendous guilt regarding the birth mother and what they did to her. Zoe arrives and reports she didn’t spill their secret. 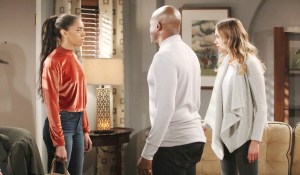 She speaks to Reese alone and relays she went to Steffy’s to see the baby. She can’t believe he did something so horrible. Reese asserts he’d do anything to keep Zoe safe. Zoe snaps, “Except stop gambling!” Zoe cries that the right thing would be to tell everyone, but he’s her father. It seems cruel to take the baby from Steffy – he’s put her in a terrible position – she doesn’t want him to go to prison, so will keep his ugly secret. Reese thanks her.

At Spencer Publications, Bill tells Wyatt he wants to bring the family together again and would like to prove his loyalty. Bill thinks he belongs at Spencer. Wyatt recalls his father saying 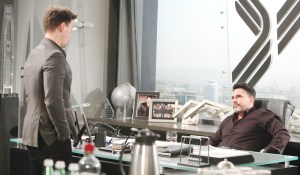 he had no guts and kicking him out. Bill admits he was wrong and will do whatever he can to fix it. Wyatt hollers that what was going on then was Bill pursuing Liam’s pregnant wife. Bill ruminates about turning his back on everyone, but he still believes they can get their family back. He appeals to Wyatt to come back to Spencer; it’s where he belongs. Wyatt’s unconvinced and reminds Bill of his cruelty to Sally and Spectra Fashion. Bill offers to find a place for her there. He asks Wyatt to help him be the father he knows he can be.

Justin plans to meet with Donna. 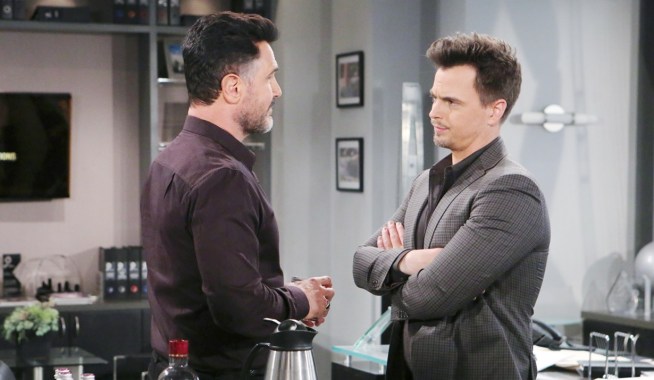 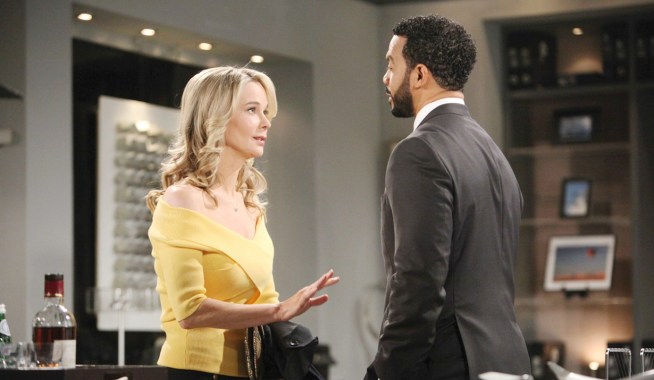