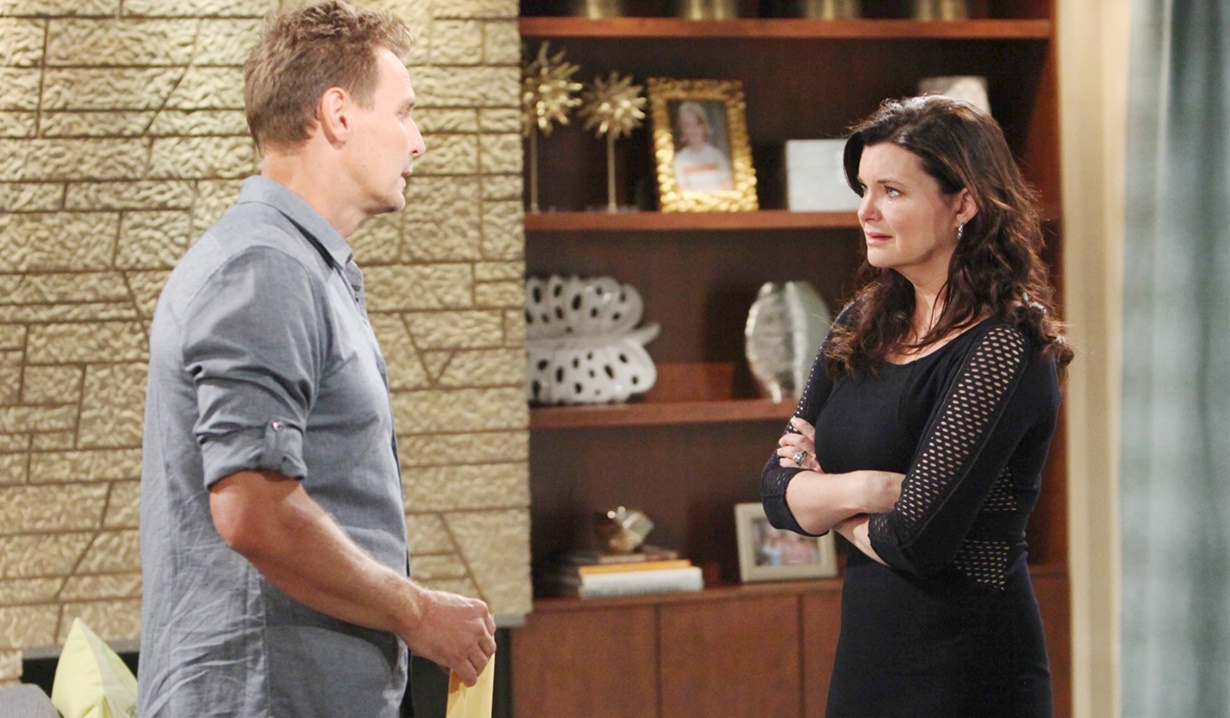 At Forrester Creations, Wyatt and Sally look on as Pam hugs Hope and talks about taking her life back now that she’s returned to work. Hope wishes she could wake up and Beth would be there; she’d have a beautiful full life. She grimaces, “If only.” Wyatt lightens the mood and suggests they get down to business. Sally has something to run by her and Wyatt’s stoked about it. Sally produces sketches – she thinks they speak to her line’s message. Hope declares they’re really good – she appreciates them trying to get her mind back on work. 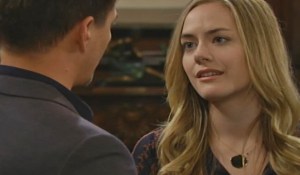 Sally asks if it’s working. Hope admits her mind keeps getting dragged back to why she had to lose her baby girl. Wyatt assures her she did nothing wrong, but Hope feels if she had been awake, Beth would be alive. In the studio, Xander and Zoe go over the situation with Florence and Reese. Zoe admits she thinks Flo may not be the birth mother, and recalls her father was acting weird before he left, and so is Flo. She’s going back to the flat one more time.

At Katie’s house, she teases Thorne about the romantic plans she’s been making. She asks him about watching Will if he doesn’t have anything pressing. Thorne sighs. She asks, “What?” Thorne replies, “I just hope you know how much you mean to me.” He recaps relocating to L.A. from Paris and fitting in with her and Will. They’re lucky to have had what they’ve had…which makes it harder to say what he has to say. Thorne 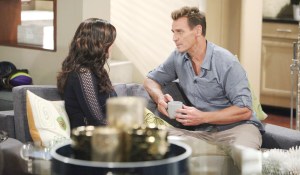 breaks the news that he doesn’t think their marriage should have happened. Katie’s aghast and asks, “You want to end our marriage?” Thorne thinks it’s for the best for them and for Will. Katie’s nearly speechless – she thought they were happy. Thorne explains it’s been building up inside him – they both know it’s true that they wed quickly when Will was going through a difficult time. A lot has changed – Bill is stepping it up and Thorne feels he’s in the way. He also has his own issues; he’s been missing Ally and maybe was using them to try and fill the hole. Thorne loves Katie too much to let this continue and presents her with annulment papers.

At Reese’s place, Florence texts him to warn they’ve got trouble. 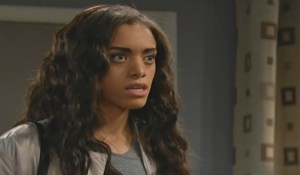 He calls and she warns that Zoe saw the adoption papers. Reese panics as he learns she saw Steffy’s name on the documents and knows he was involved. Flo protests that he has to get his daughter to back off or all hell is going to break loose! Flo disconnects and finds Zoe at the door – she heard everything and demands the truth. When Zoe threatens to go to Steffy or the police, Flo blurts, “He switched the babies. Your dad. He switched the babies.”

Zoe reaches out to her father. 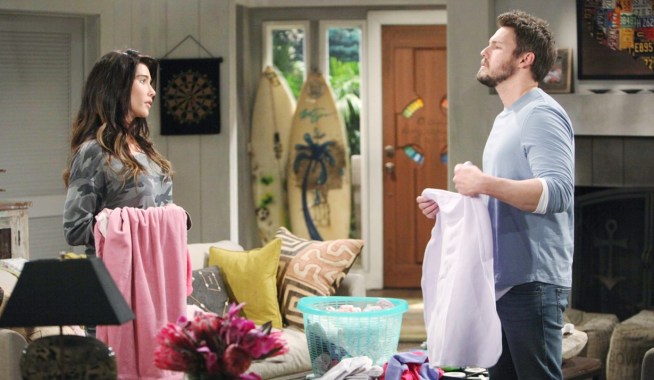 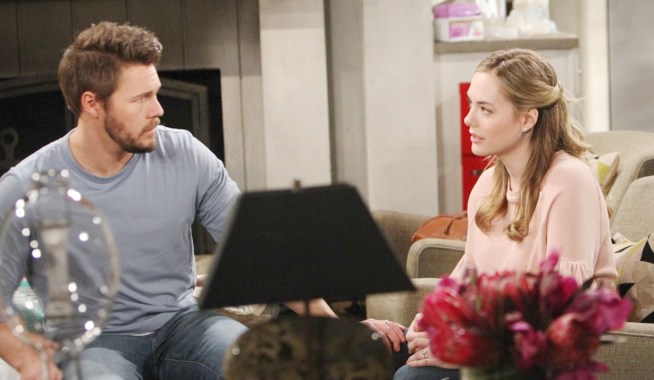