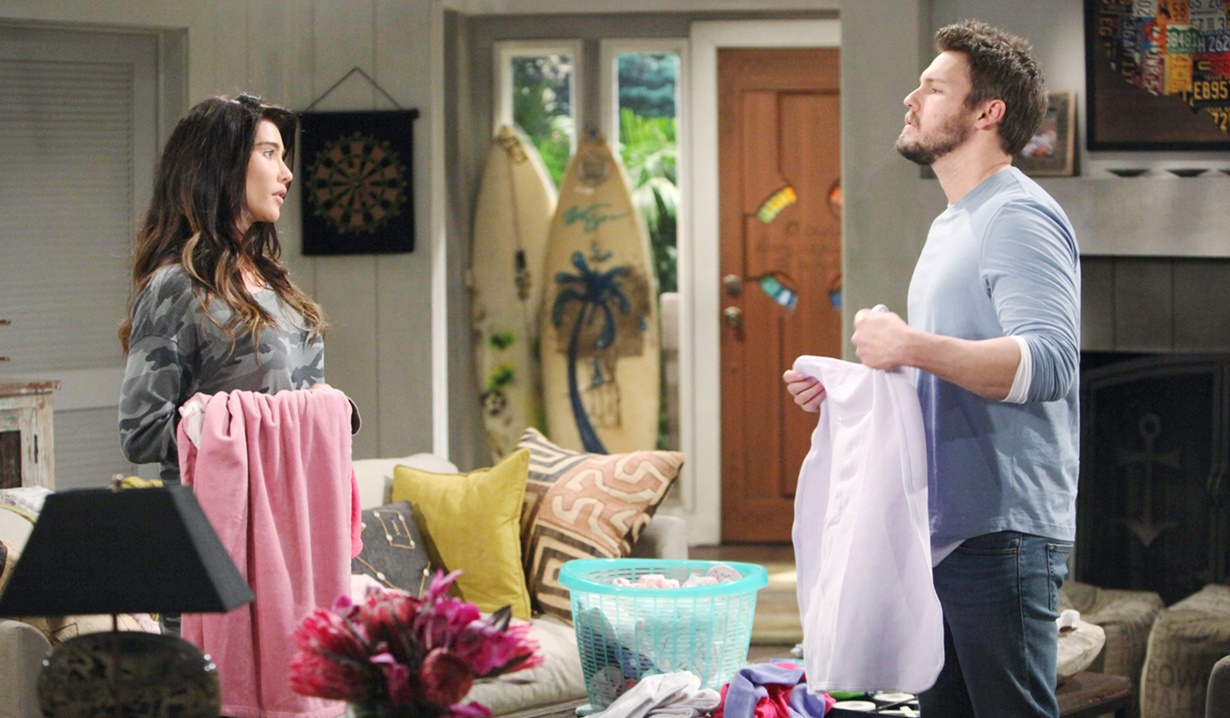 At the cliff house, Hope strives to explain to Liam and Steffy the sense of relief that looking at Phoebe’s sweet face gives her – she brings Hope peace. She admits she thinks about Beth while holding her, but it doesn’t hurt; the crushing sense of loss isn’t there. The baby cries, and Hope urges Liam to help Steffy get the girls. After, she watches them interact with the babies and announces her ride is there. Hope urges Liam to stay, thanks Steffy, and coos over Phoebe again. Once Hope leaves, Liam helps Steffy fold laundry and asks if it’s ever too much for her. Steffy has lots of help and appreciates him being there, but Hope should be his priority right now. 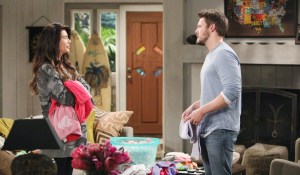 They discuss Hope’s recovery. Liam thought going back to work would help most, but seeing Phoebe makes her stronger. Steffy thinks it’s a little soon and they talk about the complex emotions going on with her. Liam muses it’s not like she thinks Phoebe is Beth. Steffy worries she’s not dealing with her loss. Liam agrees, but short-term it’s helping her cope. He reflects that Phoebe’s life will be so different now she has Steffy for a mother.

At Reese’s place, Zoe asks Florence to confirm she’s the birth mother of Steffy’s baby. Flo’s exasperated, but Zoe wants to know why it’s all such a big secret. Flo insists Reese wanted his name kept out of it to avoid awkwardness for Zoe at work. She asks for her key back. Zoe says it’s her father’s flat and his key – she’ll be keeping it. Flo has nothing else to tell her, so Zoe leaves. Outside, she stews. Inside, Florence texts Reese.

In Hope and Liam’s cabin, Brooke arranges flowers and thanks Ridge for coming with her. Ridge wants to help Hope get back on her feet. Brooke wants to do things for her, even if that’s making her place pretty with flowers…to put joy back into her life. Talk turns to Phoebe. Brooke feels she’s been a blessing, but can’t help but think about Hope’s loss and hopes Beth’s memory won’t be overshadowed. Hope returns and thanks Brooke for the flowers. She still sometimes feels herself slip into the dark place – the only thing that’s made her feel better is Phoebe. Brooke is worried. Hope describes what she feels when she looks in Phoebe’s eyes. 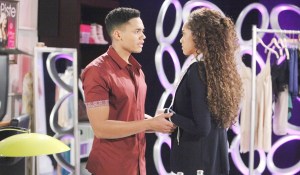 In Forrester Creations’ studio, Zoe kisses Xander who is worried and doesn’t want her going back to his dad’s flat alone. Zoe updates him on finding the adoption papers. Xander has questions. Zoe clarifies Flo’s baby wasn’t her father’s, then explains the strangest part was the other name on the page – the baby is Phoebe; Steffy’s baby. 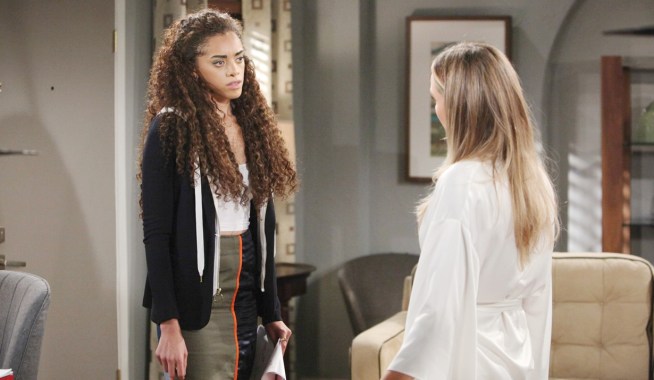 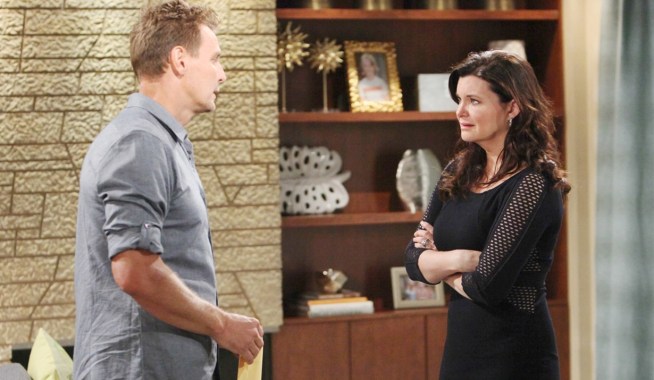