Tuesday February 5, 2019: Eric has good news for Hope, Ridge questions the speed of the adoption, and Zoe encounters Florence. 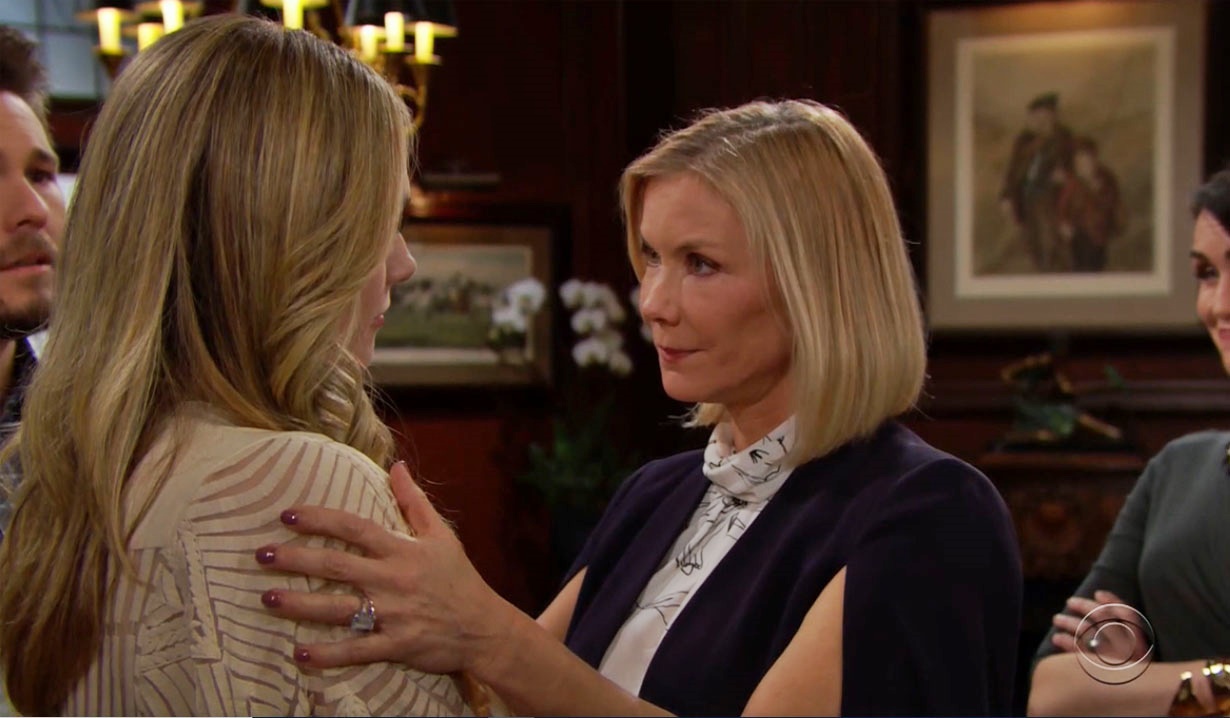 At Forrester Creations, everyone’s gathered to welcome Hope back to work. Pam made brownies, Quinn and Eric remind her she has a great support system there, and Emma relays everyone on the team is excited to see her. Liam feels this will be good for Hope, and Eric tells her she can jump right in or take her time. He adds her line has provided hope for so many, it’s time for some of that to come back to her. Talk turns to Steffy’s adoption. Hope says she’s a beautiful baby. Brooke clarifies to everyone that Hope went to see her. Hope thinks it’s worth talking about and celebrating 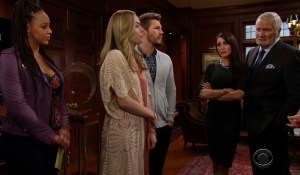 – she recalls the baby’s smile was like a ray of sunshine. Eric advises Hope that he and Ridge have been talking about Hope for the Future – they want to bring it back. Liam grins and Hope doesn’t know what to say. Brooke says they’re all there for her. After, Hope recalls the last time she was in the office she was pregnant with Beth, and carefree. She talks about visiting Phoebe – she was sweet, but every second she held her she couldn’t stop thinking about Beth.

In the Forrester studio, Xander tells Zoe that Quinn is upstairs with Hope and Liam. Zoe remembers they’re back and they discuss them losing the baby. Zoe reflects that her father wasn’t the same after, but she believes there was something going on with him even before that…she hopes to find answers. She reveals the hospital called her about some things he left behind. Xander thinks it was strange he didn’t want her to know where he was staying. Zoe shares there was still a few months left on his lease and she’s going to find out if he left something behind there – he’s hiding something.

At the cliff house, Ridge cuddles the crying baby while Steffy and Taylor look on. They talk about it being love at first sight. Steffy talks about the emotional visit from Hope and Liam. 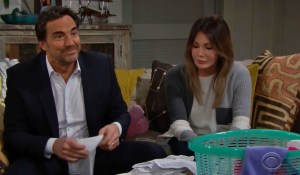 She thinks it was good for her – Phoebe seemed really comfortable in her arms; she could play an important part in her life. Ridge talks about the challenge of Steffy adopting a baby so soon after having Kelly. Steffy admits she may not have done it this soon if the baby hadn’t become available. She held Phoebe and there was no turning back – she’ll be forever grateful to the birth mother who brought this baby into their lives. Ridge notes the adoption went through quickly and asks where the contact met the mother. Steffy goes to the baby. Taylor tells Ridge that Liam should be there with Steffy. Steffy returns with Phoebe; she wanted her as much as any mother could want a child – no one could love her more. She held her, fell in love, and knew she belonged with her…and with Kelly.

Zoe lets herself into Reese’s apartment and muses, “What were you hiding?” She finds a make-up bag just as Florence enters. Zoe asks, “Who are you?” Flo threatens to call the cops, then Zoe says it’s her father’s flat. She realizes who Zoe is. Zoe wants to know how Florence is involved with her father. 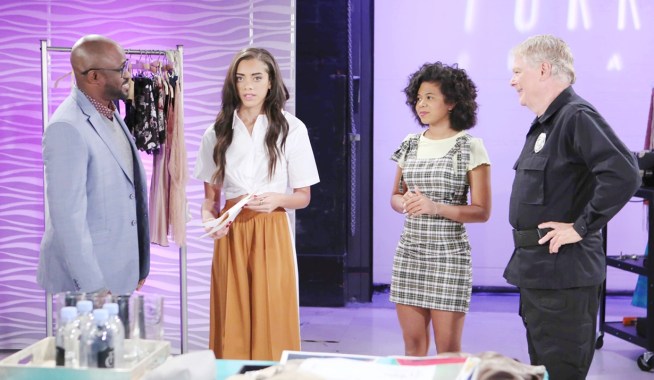 Hope Flashes Back to Catalina and Breaks Down in Katie's Arms 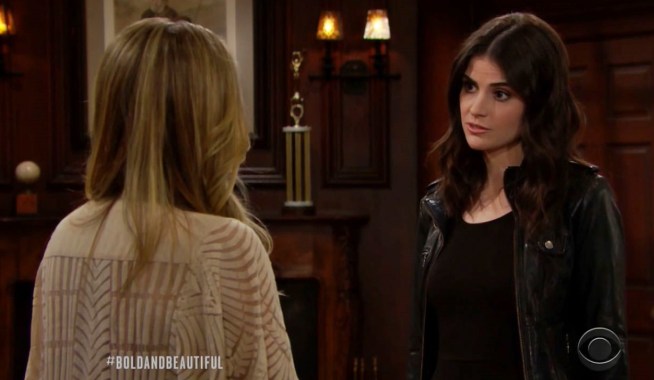