Hope Sends Liam to Steffy’s As She Brings Phoebe Home

Thursday January 31, 2019: Ridge updates Hope, Liam and Brooke on the adoption, Reese pays off his debt, and Taylor surprises Steffy. 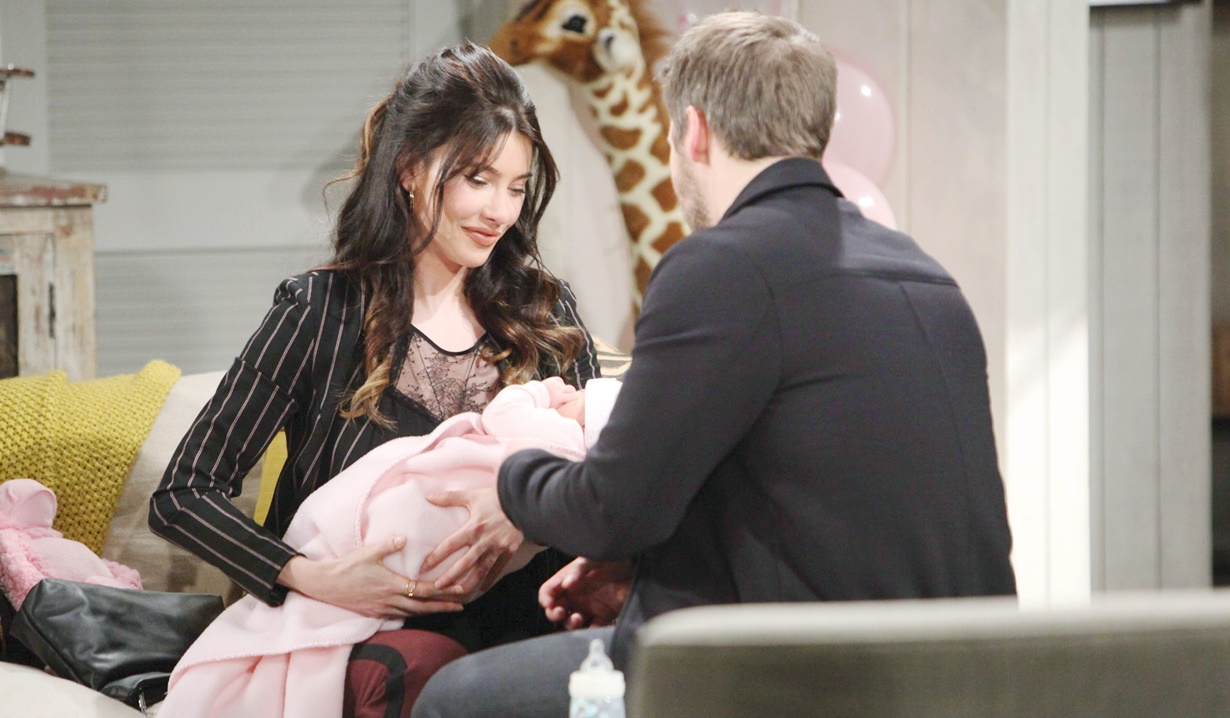 At the cabin, Brooke learns Liam and Hope ran into Dr. Buckingham at the hospital. Ridge enters with news about Steffy and the adoption. Brooke learns Liam met the baby. Ridge relays that the papers are being signed and Baby Phoebe is coming home today. Brooke thanks Ridge for letting them know. 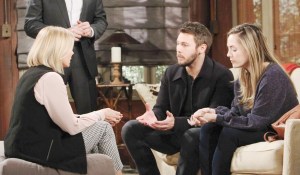 Hope marvels that Steffy will have two girls. Liam notes he’ll be helping with Kelly, and Taylor will be there – it was her contact that brought the baby to them. Hope says the news is hard, but is also something to celebrate. She thinks Liam will be an incredible father figure and urges him to go welcome Kelly’s sister home. Liam’s uncertain, but Hope says they’re his family too. After, Hope tells Brooke and Ridge that she won’t begrudge Steffy her happiness and a sweet child has found a wonderful mother.

At Il Giardino, Taylor shows Reese the briefcase of cash – she can’t thank him enough for doing this wonderful thing for her daughter. She enthuses about getting another beautiful grandchild. Reese agrees nothing is more important than family. She tells him it’s all there – the sum they agreed to. Reese will let Florence know they’ve finished the process and Steffy can take the baby home. Taylor knows he won’t be in Los Angeles much longer, and she’d love to spend time with him, but she really wants to get home for Steffy, so leaves. 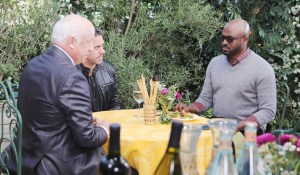 Before Reese goes, the thug and Mr. Thicke, (played by Joey Travolta), appear. Reese hands over the briefcase of cash. Thicke warns of the dire consequences if it’s not all there. Reese counters they need to back off and leave his daughter alone. Thicke reminds him he brought this on himself and promises his daughter’s safe now. The debate whether there will be a next time. Reese insists he’s done. Thicke replies, “That’s what they all say.”

At Reese’s apartment, Florence feels better knowing what kind of life Steffy will give the baby; that’s why she was able to sign the papers. Flo gets a message from Reese that he’s got the money and Steffy assures her again that she’ll love the baby and take care of her. “You’ll never have to wonder if you’re doing the right thing.”

At home, Taylor welcomes Steffy and Phoebe with decorations and the nursery set up. They marvel at their little family and laugh about taking shifts. Steffy recaps how it all happened so fast and that Hope and Liam’s little girl was supposed to be Kelly’s sister. As they chat, Liam arrives – Ridge told them she was bringing Phoebe home. Taylor leaves the room. Steffy and Liam discuss the adventure ahead for the girls and he holds the baby. Steffy assures him he has a place there; they’re family, and he’s Phoebe’s father too.

Hope Holds Her Daughter for the...