Tuesday January 29, 2019: Liam tells Hope about the adoption, Florence worries about being an accomplice, and Carter helps Steffy take the next step. 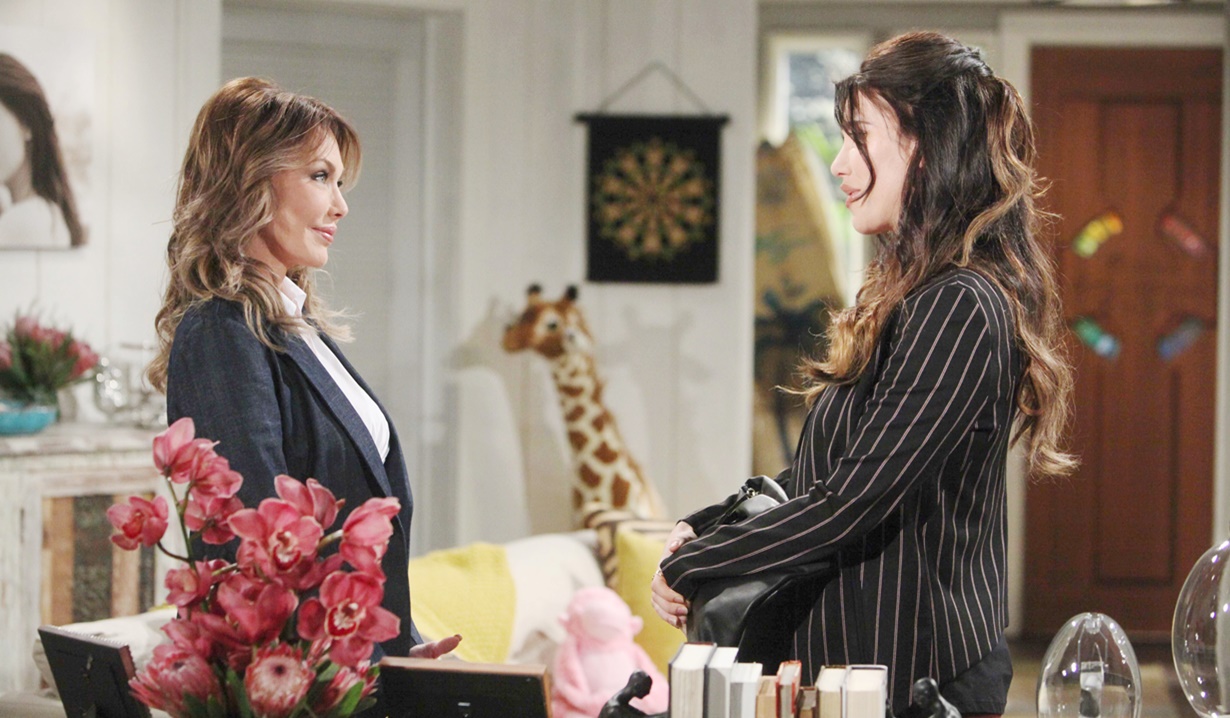 At the cliff house, Steffy marvels to Taylor that she could be bringing home Kelly’s new sister. They discuss Florence not naming the baby – Taylor notes it’s like she knew it would become someone else’s child. Steffy worries about Hope’s reaction – she’s been through a lot. Taylor expects some resentment, but feels she’ll get past it in time. Carter arrives to go over Steffy’s background check and paperwork. He asks about the birth certificate and the costs, which he learns are being handled separately, before leaving with Steffy.

At the cabin, Hope’s about to cancel her follow-up OB/GYN appointment, but decides to keep it. Liam updates Hope that Steffy’s still serious about wanting a sister for Kelly. Hope replies, “We tried Liam.” Liam adds, “She thinks she’s found her.” Hope learns Steffy is adopting a girl and the process is well on its way. Liam assures her Steffy’s sensitive about the timing and is mourning Beth too. Hope knows. He explains how the child showed up and just fit – waiting wasn’t an option. Liam believes if he’d said it was too painful, she’d have let it go. Hope notes, “But you didn’t.” Liam asks if she’d have wanted him to. Hope learns the baby’s a newborn and that Steffy fell in love with her immediately. Liam enthuses that she’s perfect and reveals he met her. Hope waits to hear about it. Liam describes what he felt while holding the baby. Hope learns Steffy wants to name the child Phoebe and is happy for her. Liam tells Hope he loves her so much, and holds her.

At Reese’s place, he warns Florence not to hand the baby over until he has his money. She wonders how much he’s getting. Reese explains it’s $250,000 – that’s how much he needs to keep his daughter safe. He gives Florence papers to familiarize herself with, but tells her she doesn’t need to understand them. Flo questions where he got a social security number for the baby. Reese feels it’s best she doesn’t know the answer. Florence realizes she’s breaking the law by signing and worries, “What if Steffy finds out?” She asks how much trouble Reese is in. He just has to pay off the $200,000 – the other $50,000 is for her. 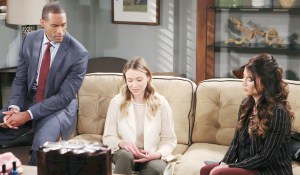 Flo’s concerned about that making her an accomplice, but Reese muses, “That ship has sailed.” He feels nothing can go wrong and everyone gets what they want. Flo asks, “What about the real mother? What does she get?” Reese replies she’ll have a lifetime to forget the worst night of her life – he’s certain she’ll have other children. After Reese has gone, Carter and Steffy arrive. He goes through the paperwork and asks Florence to sign the termination of parental rights. She tears up. Steffy respects if she’s changed her mind, but Florence is ready.

Reese Saves Zoe From Thug at...