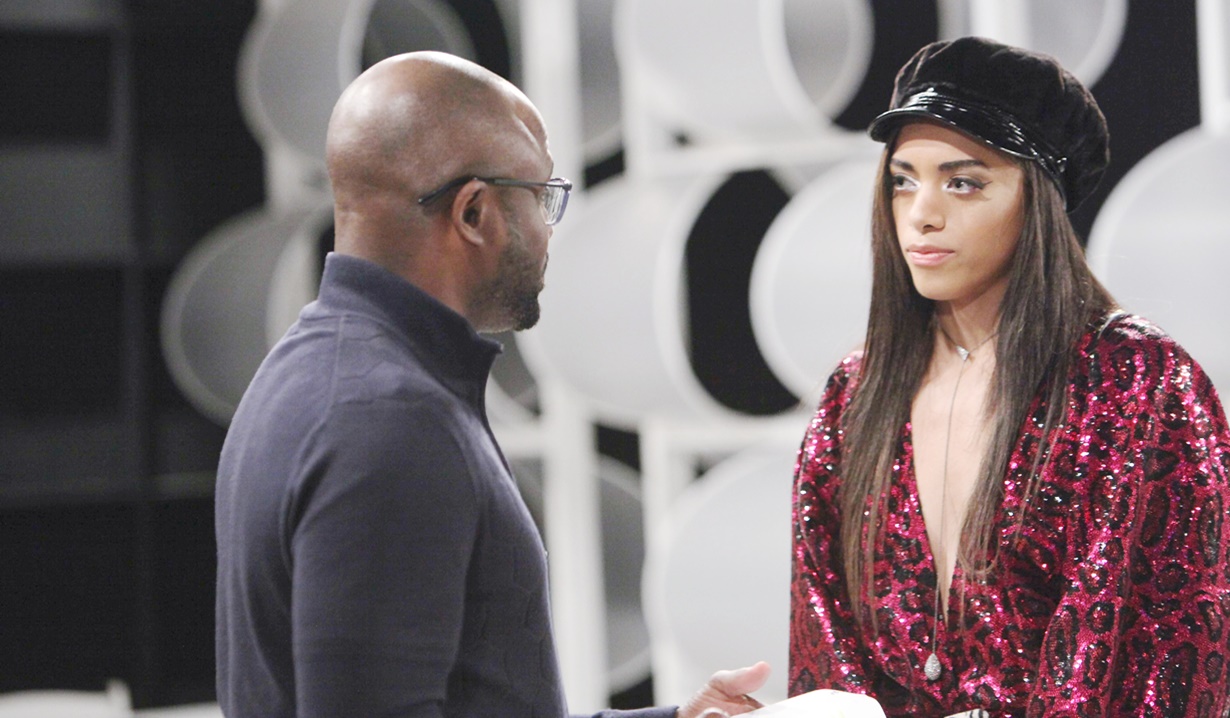 At the cliff house, Liam confirms to Steffy he now knows what she meant by feeling a bond with the new baby. He feels she’ll fit right into her family. Steffy says, “Our family.” She stresses her new daughter belongs to all of them. They reflect on the birth mother making the best decision for her daughter and being brave. Liam looks down at the baby and wonders if she’s older or younger than Beth would have been. Steffy’s going to name her Phoebe. Liam and Steffy think Kelly’s ready to be a big sister. 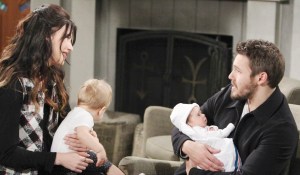 They admire the girls together. Liam sees good things in the future, for Steffy and her daughters. She sees it too. After, Steffy worries about calling her Phoebe before it’s official. Liam assures her that kid is there to stay. Steffy reveals her mom is taking care of the payment – she’s so excited. Liam supposes they could all use some excitement. Steffy relays that Taylor’s colleague introduced her to Florence, the birth mother. Liam learns the birth father’s out of the picture. He would like to be one of her father figures. He’s on board and wants that little girl to have a life with Steffy. Steffy gets a text that Taylor’s on her way. Liam wishes he had Beth, but knowing Kelly has a sister, he feels good. He holds the baby one more time. “I’m really glad you’re here, Phoebe. You belong in my daughter’s life…in all of our lives.”

On a Los Angeles sound stage, Emma, Tiffany, and Zoe rehearse their performance before their audition as the thug watches from the winds. Reese is also there, watching the thug, 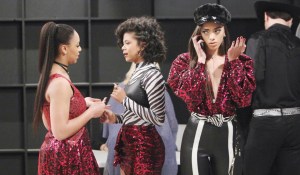 and removes his glasses in preparation to intervene. He moves in on the thug and reminds him through gritted teeth that he told him to stay away from his daughter. As they grapple, Reese asks if he wants the money or not. The thug takes the $50,000 and says, “It’s a start.” Reese orders him to ensure his boss gets it – after he’s all paid up he never wants to see him again. Later, Reese gambles on his phone until Zoe and her friends appear – they didn’t get the callback. Tiffany and Emma go off and Zoe questions her father being there – he hasn’t been himself lately. Reese assures her that will change – things are finally going his way.

At Forrester Creations, Pam, Maya, Quinn and Eric reflect on how hopeless they feel about what’s happened to Hope. Eric muses all they can do is just be there. They talk about dropping in on Liam and Hope, but Maya warns to call first – they’ve been just holed up in the cabin. Pam can’t understand why things like this happen to good people. They talk about the unfairness of the situation and Eric says they’ll need time, family, friends and casseroles. Eric feels they all play their parts in times of crisis – they’re Forresters, and they will rally.