Liam Unknowingly Holds His Daughter for the First Time

Friday January 25, 2019: Taylor pays Reese, Zoe's in danger, and Steffy calls Liam over to the house. 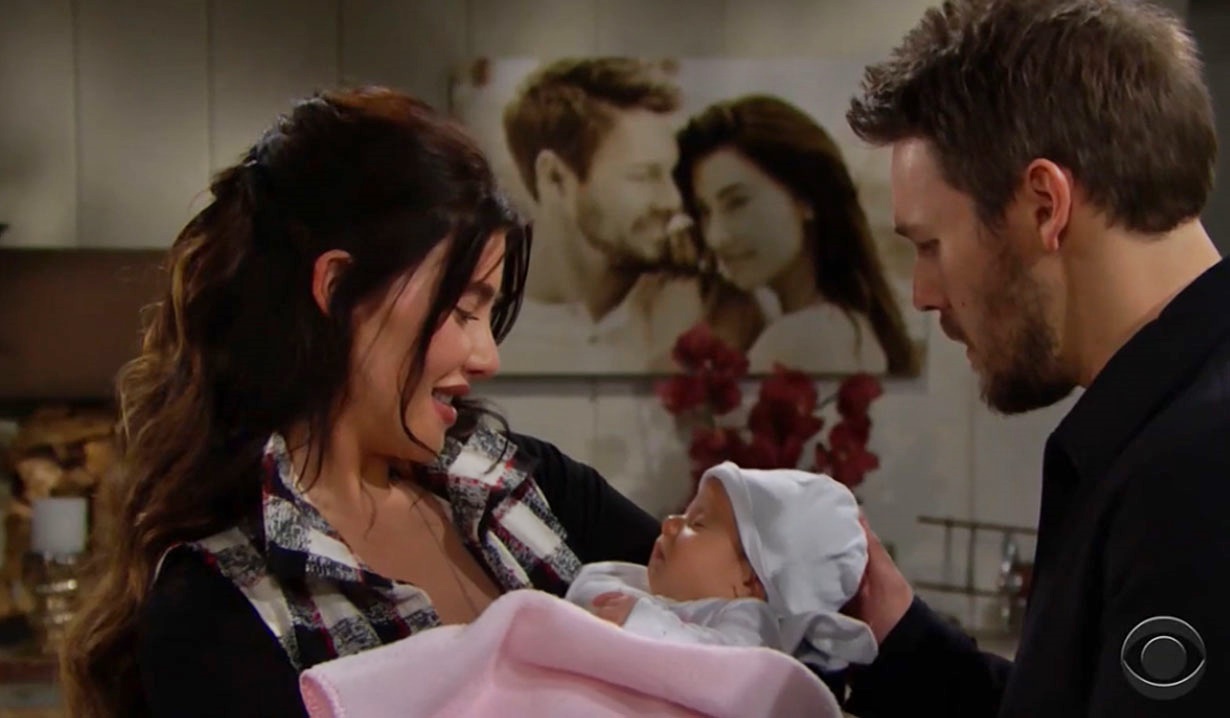 At the cliff house, Steffy and Taylor discuss the adoption. Steffy feels Phoebe’s legacy will live on and the girls will be sisters even if they’re not blood.

At Reese’s place, he’s eager for Florence to make the adoption happen. Reese gets a call from Taylor, who reveals Steffy’s decided she would like to adopt Florence’s baby. Reese raises the issue of payment – Florence wants $250,000. Taylor tells him money’s not an issue, and Reese asks for a $50,000 down payment, which she must bring to him in cash. Taylor agrees – she’ll do anything for her daughter. Reese knows how she feels.

Taylor disconnects from Reese at Steffy’s house, and updates her daughter on the adoption fee, which she wants to cover. Steffy agrees; she’d almost pay anything. 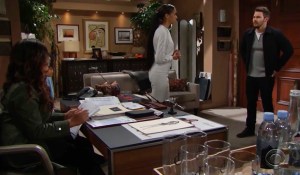 At Forrester Creations, Zoe, Emma, and Tiffany discuss an audition they’ve signed up for…they’re going to be late. Liam enters and their laughter stops as they tell him how sorry they are. Zoe’s touched when he asks after her father – she thinks that night affected him more than he’s letting on. After, Liam takes a call from Steffy, who wants him to come over.

Taylor arrives at Reese’s place with $50,000 cash and wonders why Florence couldn’t take a check. Reese shrugs that some debts take anonymity. 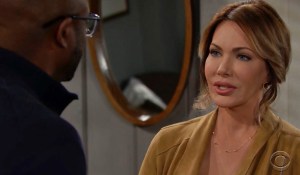 He explains he’ll put Florence in touch with a lawyer to draw up the contract and offers a receipt. Taylor doesn’t need one. She’s dismayed to hear Reese is leaving town to take a job elsewhere. She’s grateful to have met him. He replies, “The feeling’s mutual.” Once alone, Reese packs up the cash and calls the thug, who learns he doesn’t have all the money, and tells him it’s too late.

At the audition, the thug disconnects from Reese and watches Zoe, who takes a call from Reese wanting to know where she is. Zoe resumes rehearsing with Emma and Tiffany and the thug slips on black gloves. Reese arrives and takes in the scene.

At the cliff house, Steffy assures Florence her baby will be well taken care of. Steffy puts the baby to sleep with Kelly, then advises Florence that Kelly’s father is coming. Florence offers to leave for an hour. When Liam arrives, Steffy says she wants to adopt the baby. Liam can tell she’s already in love. Steffy asks if he’d like to meet her, brings the baby out, and Liam marvels that she’s beautiful – she even looks a little like Kelly. Liam takes her. He feels a connection and says it’s like she belongs…to Steffy, to Kelly, and maybe even to him. Liam thanks Steffy for bringing this baby into their lives.

Reese strives to save Zoe.

Reese Saves Zoe From Thug at...