Thursday January 24, 2019: Steffy feels a connection to the baby, Wyatt asks Liam his feelings on the adoption, and Reese is pleased at Florence's update. 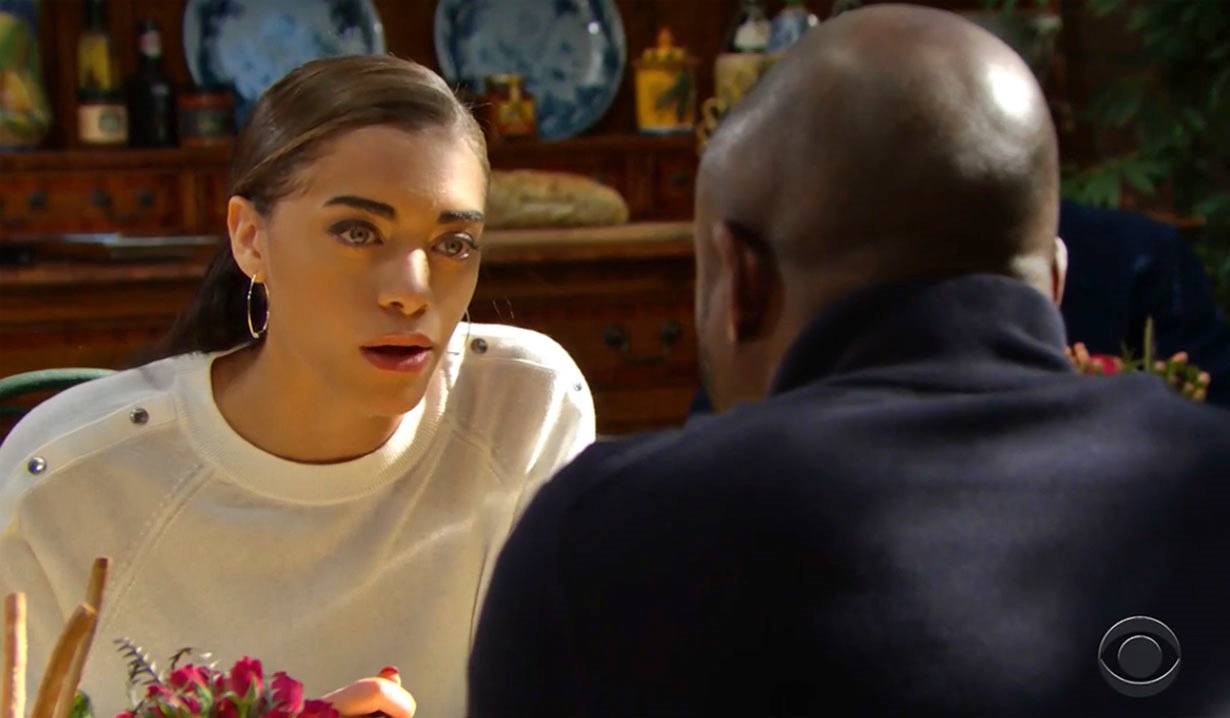 At the cabin, Liam and Wyatt discuss Steffy’s plans for adoption again while Hope’s at the main house. Wyatt wonders where she got a line on a baby so fast. Liam thinks maybe it’s just meant to be. Wyatt asks how he feels about it, so soon after his baby’s death. Liam hasn’t really had a chance to process it, 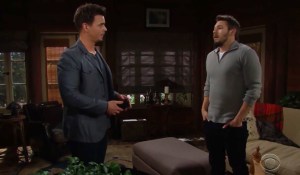 but feels if it’s good for Kelly, how can he not be for it? Wyatt assures him it’s okay to feel torn. They try to make sense of Beth having to die before talk turns back to the adoption. Liam’s not sure how he feels about the reality of another baby coming in to be the sister that Beth was supposed to be. However, he doesn’t want to deprive Steffy and Kelly of something that would enrich their lives – it’s wonderful.

At Il Giardino, Reese eyeballs the thug watching them as Zoe tells him she’s happy he came to L.A. He makes an excuse to get Zoe out of the way and faces off with the thug, who wants the $200k or his pretty daughter will pay the price. Reese asks him to stop talking about his daughter and insists he’ll be able to pay part of the debt very soon. Zoe reappears and asks what’s going on. The thug goes, and Zoe asks Reese if he’s in trouble. Reese assures Zoe he’s not and goes on that he doesn’t know what he’d do if something happened to her – she has no idea what he’d do to ensure she’s safe and happy.

At Reese’s place, Steffy holds the baby until she fusses, and Florence takes her off to the bedroom. Taylor thinks it’s obvious Steffy fell in love with the baby the minute she held her. 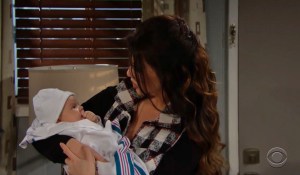 Steffy agrees; she felt a connection. Florence returns. Steffy respects that she’s doing what she feels is best for the child. She asks if Flo would bring the baby to Malibu to meet her daughter and her daughter’s father. Flo’s on board after seeing them together. Steffy vows she’d give her baby the best home. Later, Reese returns and is pleased to hear the meeting went well. Flo’s pretty sure Steffy will adopt the baby. Reese is encouraged to hear Steffy wants the baby to come to Malibu. Flo says it was like it was meant to be. Reese replies, “It was meant to be.”

At the cliff house, Steffy and Taylor go over the connection with the baby. Steffy tells her mother, “I want to adopt Florence’s baby.” Steffy calls Liam and learns Hope’s not doing great. She’s sorry and updates him that she met the baby up for adoption – she felt an unexplainable connection. Liam admits he was wary, but he’s kind of excited for Kelly. They agree it’s a miracle; like she and Kelly were meant to be sisters. Liam will meet the baby and thanks Steffy for including him. After, Steffy tells Taylor that Liam’s a wonderful father; it’s such a shame about Beth. She can’t stop thinking about the baby she met – she believes she was meant to be Kelly’s sister.