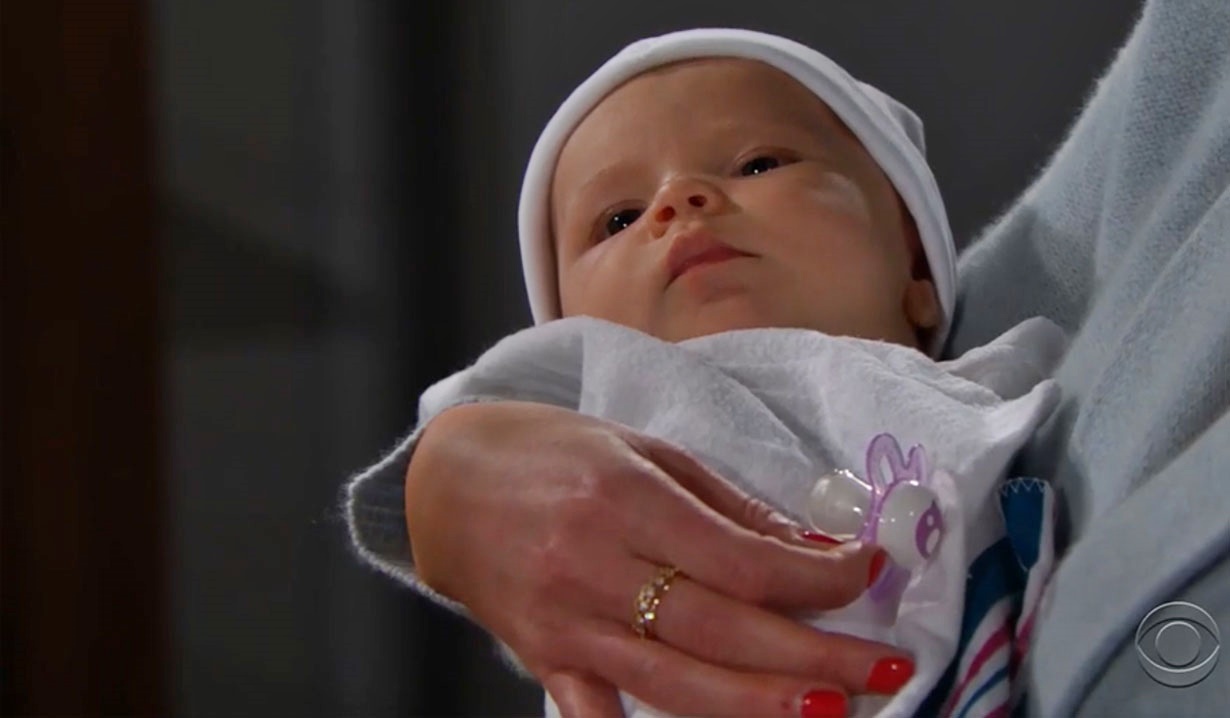 At the cliff house, Steffy worries she’s getting ahead of herself feeling so excited about the adoption. Taylor advises her to trust her instincts.

At Reese’s place, he tells Flo he’s not proud of what he’s done, but those animals threatening his daughter gave him no choice. Flo points out he ripped the baby from her mother. 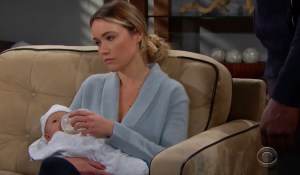 Reese muses about being trapped and concedes he made a bad choice, but there were no good ones. This way both his daughter and the baby are safe. Flo wonders what the mother of the baby gets. Reese tells her what’s done is done – the best he can do now is find the baby a good home. He wants Flo to meet Taylor’s daughter; he can’t do this without her. Flo agrees. Reese phones Taylor and arranges for Steffy to see the baby that afternoon.

In the cliff house, Taylor greets Amelia and assures Steffy she looks fine. Amelia wonders if she should wish them luck. Taylor feels it couldn’t hurt.

At Reese’s place, he prepares to leave – his name can’t be brought into it. It’s all in Flo’s hands now. She worries he’ll fly off to London and leave her stuck. 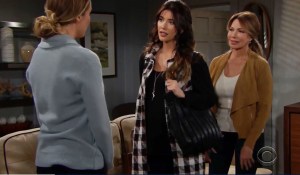 Reese’s daughter’s life depends on what he does next – he can’t run from that. Later, Steffy and Taylor join Flo, who explains she plans to return to Vegas. Steffy tells her about herself and shows her a photo of Kelly, before explaining she wants her daughter to have a sister as she did. When Flo gets the baby, Steffy whispers to Taylor that she’s not asking many questions. After, Steffy holds the baby and tells her she’s beautiful, just like Kelly. “I’ve been waiting for you, and now here you are.”

In the cabin, Liam suggests Hope may want to put the ultrasound photo away. Hope snaps, “Am I not forgetting fast enough for you, Liam?” She feels it’s different for him since he has another daughter. After, Wyatt arrives and Liam relays that Hope’s out walking the grounds. He confides that she’s angry. 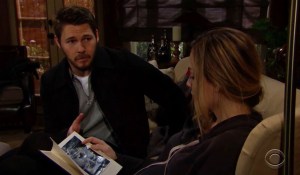 Wyatt feels it’s understandable. Liam thinks she’s looking for a sign of closure…that Beth is looking down and letting go, but there’s no sign. He reminds Wyatt not to bring up having another baby to Hope…or adoption. Wyatt asks why that would come up. Liam explains that Hope knows Steffy was considering adopting, but not that there’s a baby she’s interested in now. Wyatt gets up-to-speed on the details and worries this news might set Hope back. Later, Hope returns; she saw Wyatt leave. She apologizes to Liam for earlier and he reassures her. Hope muses Beth’s memory won’t leave her, so why did she?

At Il Giardino, Reese has coffee with Zoe, but warns 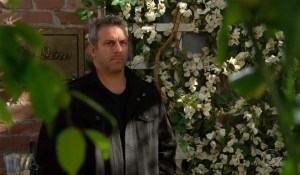 if he gets a text he may have to leave. She wonders why he wanted to meet. Reese croons that she’s the love of his life, then asks about her getting a German Shepherd. Zoe nixes the idea, but is glad her father seems better. She orders him some food and worries that he should seek counseling. Suddenly, Reese spots a thug, (played by Guy Nardulli), watching them.