Hope & Sally Hug It Out After Puppy Debacle 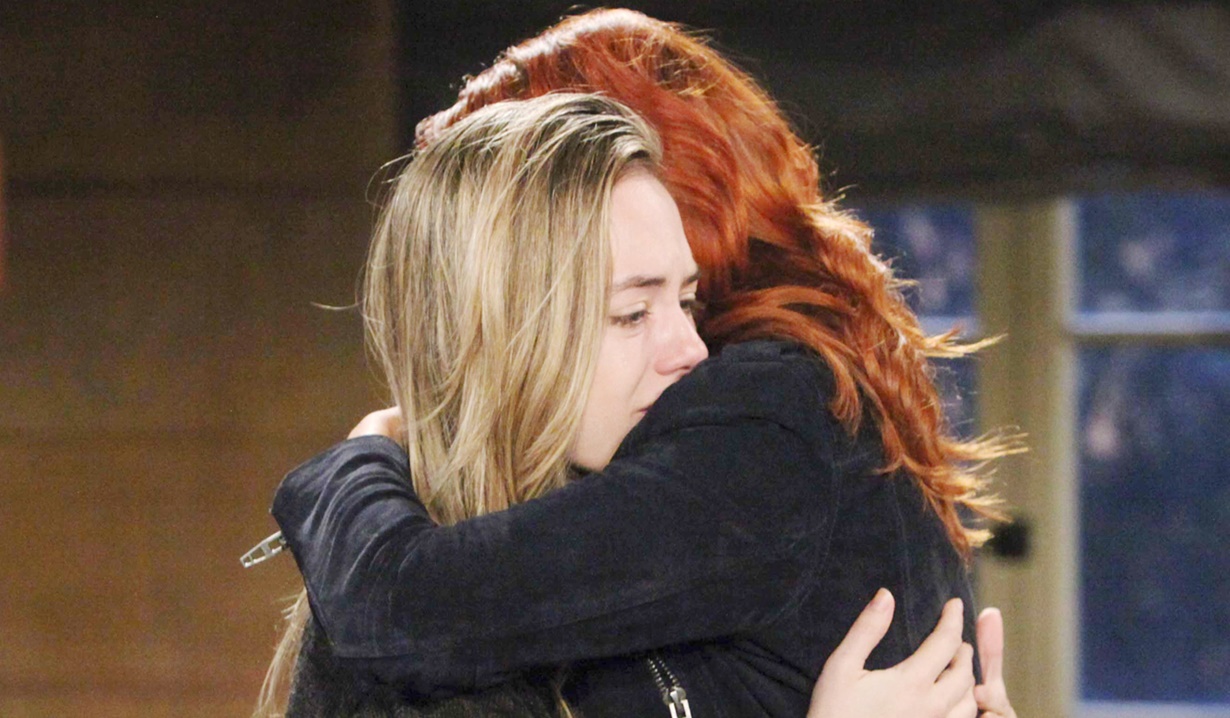 Liam returns to the cabin and tells Wyatt that Brooke’s glad he came by – she’s concerned Hope will wall herself off. Liam learns Sally’s in with Hope and she brought a puppy. Liam frets. In the bedroom, Sally apologizes as Hope cries that she lost her little girl. Sally protests she never wanted to replace her little girl. Hope doesn’t care what she meant. She wails, “My baby is gone and you’re trying to give me a dog.” Sally tries to explain her thinking – a puppy helped her and her sister when their parents abandoned them – but Hope rants that their situations are completely different – she and Liam made a life and when she got to hold her baby, she was already gone. Hope can’t look at the puppy any longer and asks Sally to go before falling on the bed sobbing her heart out.

In the cabin living room, Sally tells Wyatt he was right – her idea was stupid. Wyatt soothes that it was sweet, as he and Liam realize Hope’s upset. Sally recaps the scene in the bedroom, 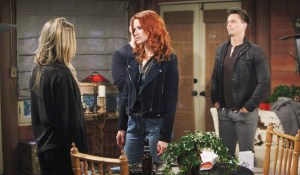 and Liam assures her Hope’s lashing out because of the pain. He knows her intentions were good and deep-down Hope does too. Liam joins Hope. She says, “A dog. She thought a dog could take Beth’s place.” She feels Sally is insensitive and doesn’t want Liam to defend her. Meanwhile, Wyatt reassures Sally and holds her. Hope and Liam emerge, and Hope apologizes for going off on Sally, she needs all the support she can get right now. Sally doesn’t want her to apologize for anything – she was impulsive and wishes she could take away her pain. They hug.

At Katie’s place, Will convinces Bill to go talk to his class about his job. Thorne muses he does love talking about himself. Bill can’t deny it. As Katie and Bill laugh while getting Will to eat his vegetables, Thorne watches them. Talk turns to Thorne’s job. He says none of the models are as beautiful as Katie. She laughs, “You see why I love this guy.” Will asks, “You love Dad too, right Mom?” 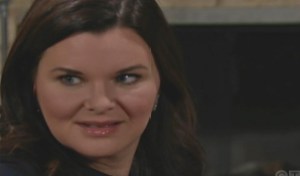 Katie gets ice cream and Donna and Thorne listen without comment as Will declares he listens to everything Bill says. Katie jokes, and Will observes that he’s glad his parents are getting along again; things are getting back to how they used to be. Bill invites Will for a sleepover, and he chooses that over going to the skate park with Thorne. Bill thanks his son for inviting him for dinner. Will hopes they can do it again soon. Later, Will asks if Bill still loves him mom. Bill says of course, and Katie responds in kind when Will asks her. Thorne comes upon them group hugging and laughing.

Thorne remembers his connection to Darla.

Katie Makes Thorne a Promise As He...