Thursday January 17, 2019: Will invites his dad to dinner, Wyatt and Hope discuss the past, and Sally's plan worries Wyatt. 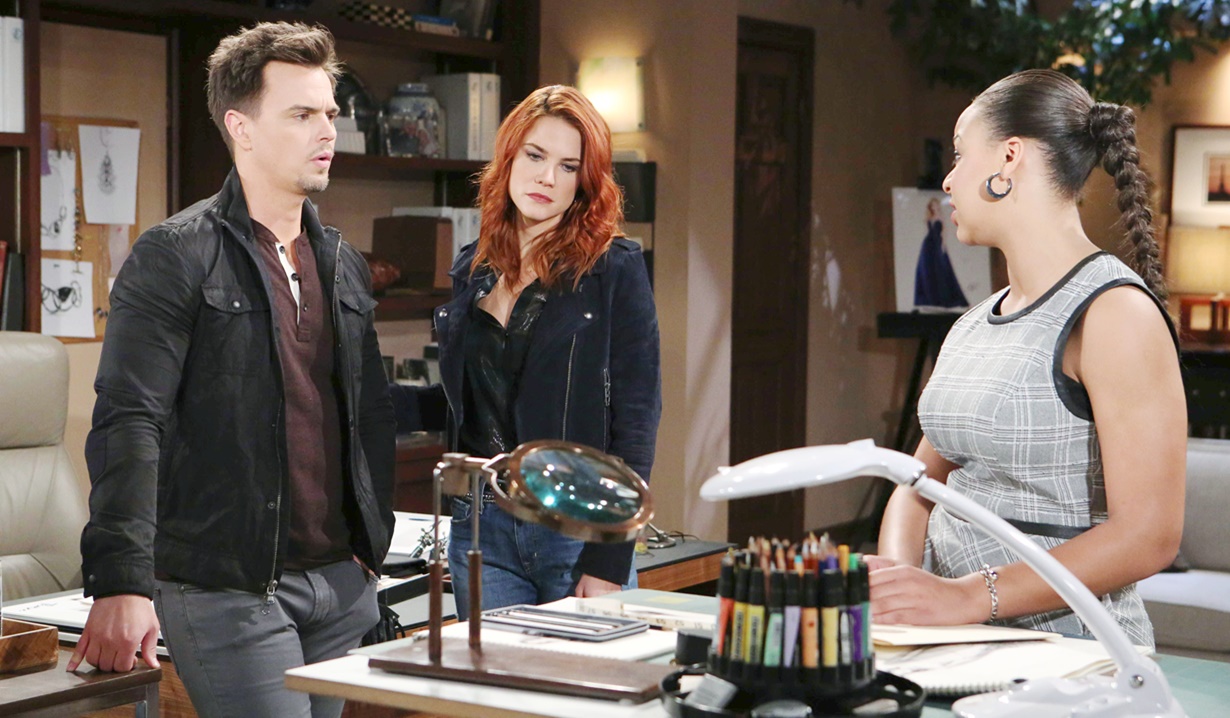 At the cabin, Liam tries to convince Hope that in time it will get easier. Hope argues a millennium could go by and she wouldn’t miss her daughter less. She feels like Beth is still there, even though she’s gone. Liam says Wyatt suggested a visit; he thinks it might be good for support. Hope notes all the support in the world won’t bring Beth back.

At Forrester Creations, Wyatt tells Sally that Hope lost a baby when they were married. Sally reels at the news she’s having to go through that again. Wyatt’s worried about her. Emma learns they’re visiting Hope and Liam and asks them to say how sorry she is. After, Sally tells Wyatt she has an idea to help ease Hope’s pain and will meet him at the cabin.

At Spencer Publications, Bill calls Katie, and offers to bring their son home. After, Will asks Bill what he should do for Liam, who is sad about losing his baby. Bill advises the boy to keep being the same caring and sensitive brother he’s always been. He assures him Hope and Liam will be fine eventually. Bill tells Will his visit was the best part of his day.

At Katie’s place, she disconnects from Bill and tells Thorne that he’s really stepping up as a father – it makes her happy. Donna appears and the trio discuss Hope’s sadness and wish they could make it better. 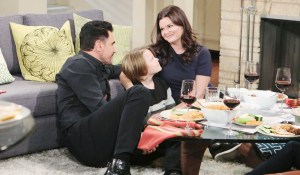 Will and Bill arrive, and the kid announces he and his father had a great time talking about money and women. Everyone’s amused to hear about Will’s girlfriend. Bill’s about to leave when Will chirps, “Can Dad stay for dinner?” Thorne’s okay with it, and Bill agrees. While Will’s washing up, Bill reflects he loves that kid more than his own life. Katie has no doubt. Over dinner, Bill compliments Katie’s culinary skills. Will says grace and asks God to keep an eye out for Beth. Katie and Bill are proud. Thorne adds, “It’s unanimous.” Will’s glad they’re all together.

Wyatt arrives at the cabin and speaks gently to Hope about how much everyone cares. Hope knows how much everybody wants to help but there’s nothing that will close the hole in her heart accept her baby girl. 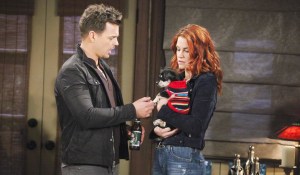 Liam goes to the main house to get food from Brooke. Hope tells Wyatt he’s very kind, especially after they lost a child too. She recalls how fast everything happened in Catalina and tears up – why does everything have to be taken away? Later, Hope’s in the bedroom when Sally arrives with a rescue puppy – she thinks it’s just what Hope needs, but Wyatt worries it’s too soon. Sally reassures him and enters Hope’s room. She shows her the puppy she brought her. Hope thinks Sally’s suggesting that a dog could replace her little girl and lashes out as Sally protests. Hope breaks down into sobs.

Hope & Sally Hug It Out After Puppy...