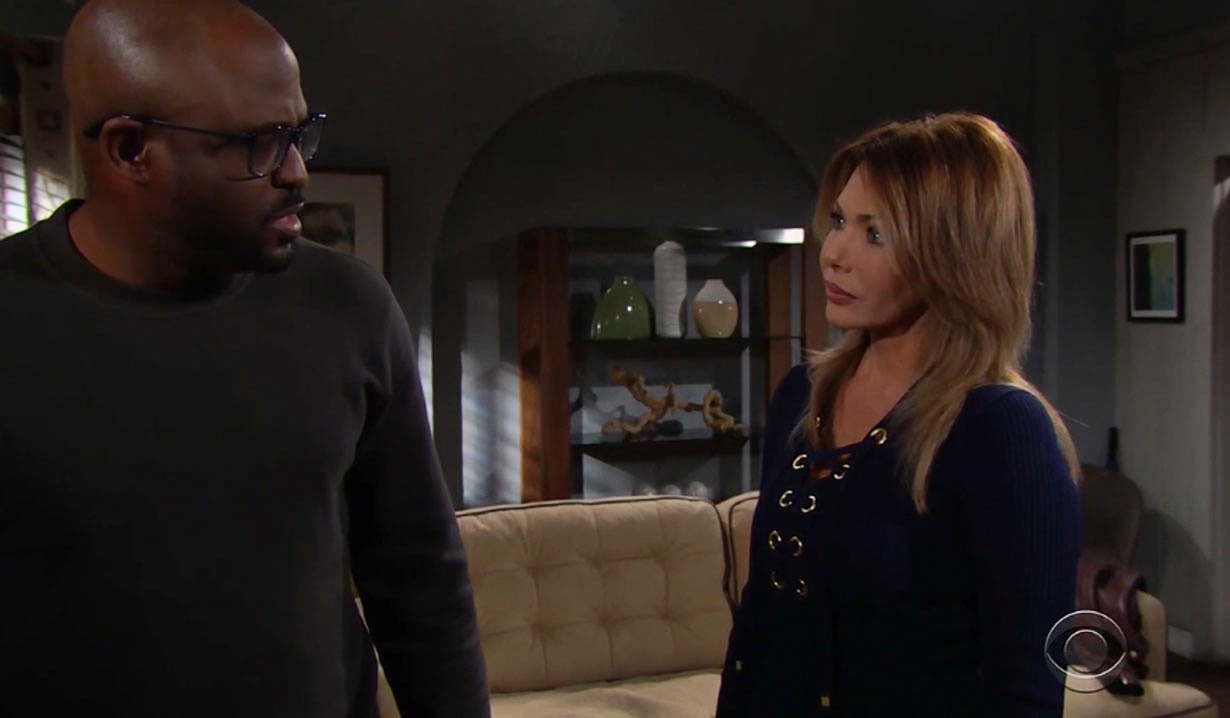 At the Forrester mansion, Bill tells Ridge and Brooke he had food sent down to the cabin. They discuss the tragedy and Bill observes that they’ll have to mourn along with the kids. He thinks today was a good start…Brooke did a wonderful thing. Ridge wants to address the three of them – they need to be on the same page to guide their family through this. Bill wonders what he’s getting at. Ridge states Brooke is his wife until death…that’s the way it’s going to be. Brooke and Bill aren’t up for a fight. Ridge doesn’t know who Bill is now that he’s taken off his necklace. Bill claims he’s mellowed, but Ridge thinks it’s a ploy. Brooke would rather discuss it another time but informs Bill that her marriage to Ridge is going to last. Ridge reiterates that Bill must respect their marriage 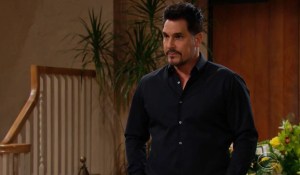 if they’re to move forward and help their family. Brooke believes Bill’s a better man…but he should do it for his sons, not for her. She’ll always care about him, whether Ridge likes it or not, and suggests they try to get along for Kelly’s sake. She says the children have to come first. Bill understands; he hears her loud and clear. After Bill exits, Ridge still doesn’t trust him. Brooke thinks he should give it a chance. Talk turns back to Beth. Ridge promises they’ll get through this together.

At the cabin, Hope asks her mother, “How do I do this? 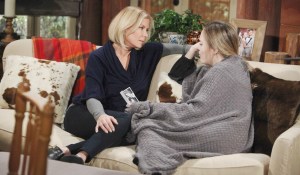 How do I go on without my baby?” Brooke embraces her. Hope, with the ultrasound photo in hand, explains Liam’s out for a bit, and reveals she can’t sleep. Brooke urges her to lean on everybody, especially her. Hope can’t stop looking at the photo – she only got to hold her for a minute, and she was already gone. She never wants to forget, and cries that she’ll never be able to hold her again. The photo is the only thing she has left of Beth; she doesn’t understand why she had to lose her. She knows this will sound crazy, but a part of her feels like she isn’t gone. Brooke holds Hope; she’s so sorry.

At Reese’s place, Taylor assures him he’s a good doctor. Buckingham opines this shouldn’t be about him, but she thinks he needs to let it out. Taylor urges him to tell her everything that happened. Reese recalls there were signs and omens all over that day. He recalls she had to deliver and the placental abruption. Reese tried to get the baby breathing again, but she was already gone. Taylor notes it was out of his control. He feels the whole situation was out of control. Taylor advises him to seek help to deal with this. Reese thanks her; he cares about her a lot. He wants to show her just how much. Taylor’s not ready for a relationship, but Reese says that’s not the reason he brought her here. He goes into the bedroom and emerges with a baby. Taylor asks, “A baby? Where did it come from? Where did you get this baby?”

A woman from Reese’s past arrives in L.A.

Reese Offers Taylor a Baby for...