Hope Suffers a Medical Crisis During Labor As Brooke Panics 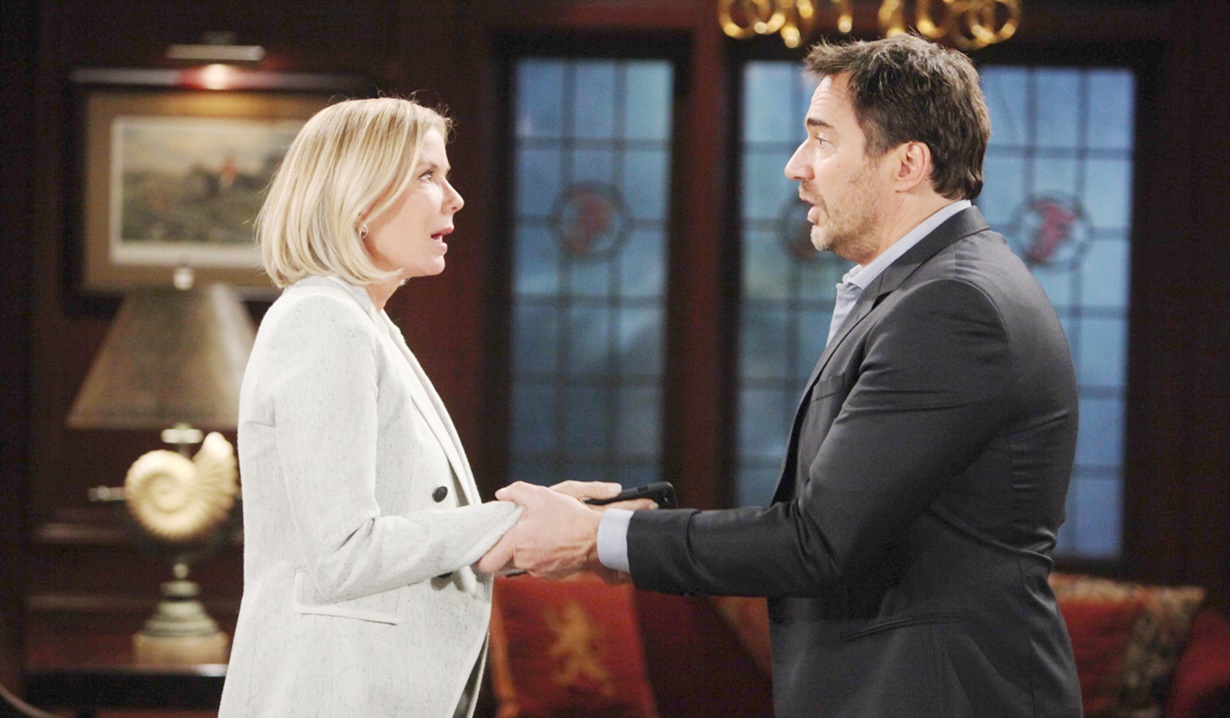 In the clinic on Catalina Island, Hope agonizes through her contractions and worries it’s too soon, as Dr. Buckingham reassures her. He distracts her by revealing they have a connection – he is Zoe Buckingham’s father. Hope is grateful he’s there for her and the baby.

At the airport, Matt and Kieran try to keep Liam calm as he awaits the Spencer chopper. Liam breathes, “Come on, Dad.”

At Forrester Creations, Brooke takes a call from Bill, who asks if she’s spoken to Hope, then updates her on Liam being stranded and her daughter being in labor on the island. Bill informs her he’s arranging transport to the island. Brooke calls Hope, who tells her the contractions are getting worse and the power went out. There’s a doctor with her, but no other staff. Brooke learns it’s Dr. Buckingham and advises that Liam will be there soon – Bill is doing everything he can to help. Brooke disconnects, embraces Ridge, and gasps, “Oh my God!” Ridge reassures her. Brooke can’t help but think about Hope’s first pregnancy and is terrified. Ridge urges her to be positive. Brooke decides she needs to be on the helicopter to be there for her daughter. Outside the building, the goon who confronted Reese, snaps photos of Zoe.

At the clinic, Hope beats herself up for traveling to the island. Reese gets a text from the goon – it’s a photo of Zoe and asks if her life is worth $200,000. Reese phones Zoe and is relieved when she picks up.

In the Forrester studio, 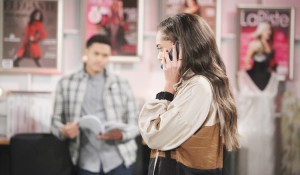 Zoe looks at Xander as she tells her father she’s better than ever. She’s suspicious when he gets all mushy on her. He reveals he’s treating someone she knows on Catalina. Zoe guesses it’s Hope. Reese cannot confirm or deny, but she’s in labor. Reese tells Zoe he loves her and disconnects. In the office, Bill joins Ridge and Brooke and vows he’ll get Liam to Hope. Brooke’s panicky about the scenario, but Bill and Ridge both want her to relax. Zoe and Xander appear to assure Brooke that her father is a fantastic doctor.

Bill’s pilot arrives at the airport to take Liam to Catalina. Matt and Kieran decline his offer to hitch a ride amid the howling winds. Liam texts Hope from the chopper.

At the clinic, Reese calls the thug and warns him to leave his daughter alone. The thug hangs up on him. After, Hope gets Liam’s text and updates Buckingham that her husband is on the way. She notices the doctor seems distracted. Reese insists he’s focused on her. She shares her baby’s name is Beth as another contraction comes on. Buckingham urges her to push. Hope screams, “Liam!” Suddenly, her pressure drops, beepers sound, and she passes out as Reese pleads, “Stay with me! Hope!”