Hope Goes Into Labor As Liam’s Flight Is Grounded

Friday December 28, 2018: Kelly gets the all-clear from her doctor, Brooke learns Hope is alone on Catalina Island, and Ridge makes a New Year's resolution. 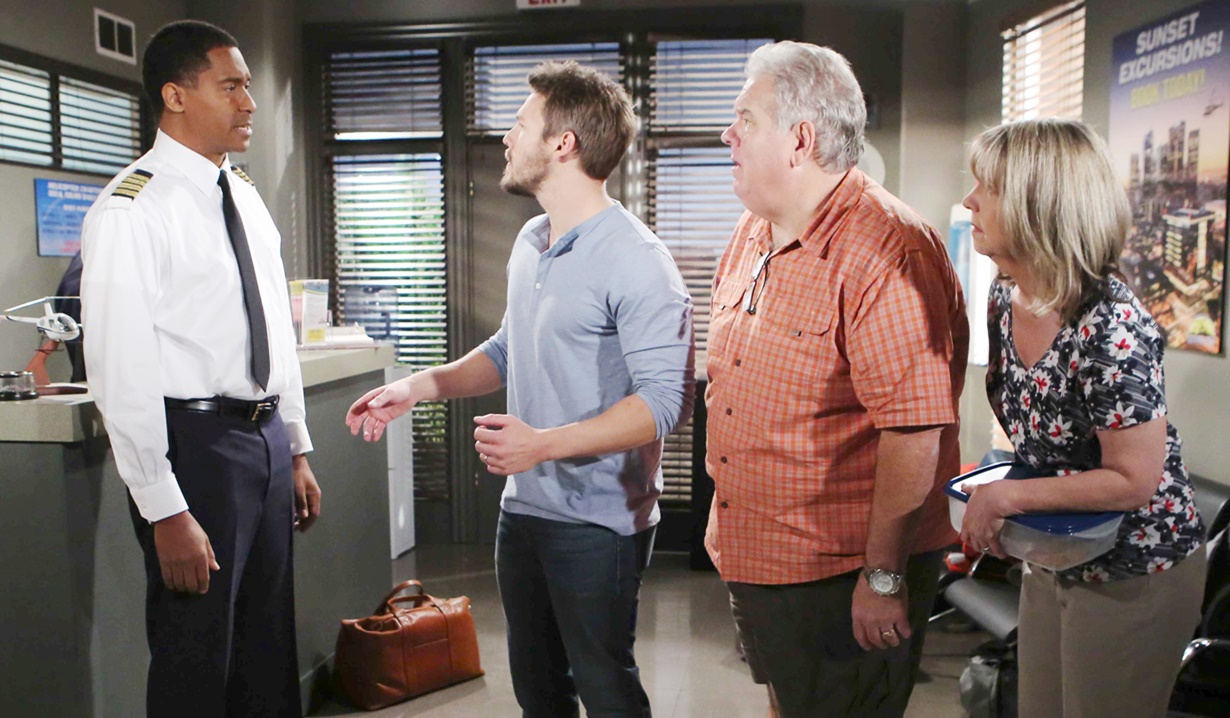 At the airport, Hope chats with Kieran and Matt, who gush over Hope’s line and relay that they don’t have seats before snapping photos including her baby bump. Hope explains she’s off on a babymoon and Liam will be taking a later flight. The couple vows to take good care of him once he arrives.

At the hospital, Steffy thanks Liam for coming, she’s really glad he is there. Dr. Andrews, (played by Christopher Knight), informs them that Kelly has a mild virus but will be okay. They’re relieved. Liam takes a text from Hope, whose helicopter is leaving. Liam’s unconcerned about taking a later flight. Andrews returns and advises them to give Kelly lots of fluids and bring her back in if she becomes lethargic. Steffy tells Liam they’ll be fine and wishes him a good time as he leaves. 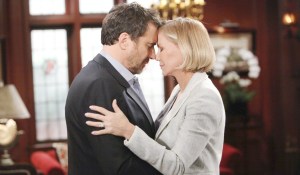 Ridge and Brooke make out in the office at Forrester Creations. Brooke wonders if he’s disappointed they don’t have New Year’s plans, but he’s fine with a quiet night after an eventful year. Brooke talks about Hope and Liam going on a babymoon – this is a New Year’s they’ll never forget. Ridge recalls when they used to go on weekend vacations – they should do a babymoon. Brooke enthuses that they should, and Ridge feels they’ve earned it. They kiss.

In the room on Catalina Island, Hope thanks the hotel manager, who hopes her husband will be able to make it – there are heavy winds in the forecast today. Hope learns the terrace will be closed for dinner and worries about when Liam will be able to get on the island. Brooke calls. Hope updates her on Liam’s delay and her concerns. Brooke reassures her.

Liam arrives at the airport, confirms his reservation, and encounters an enthusiastic Matt and Kieran, who angle to get a tour of Forrester Creations some time. Liam learns the flight is delayed due to heavy winds and frets that his very pregnant wife is alone and waiting for him. Captain Jones enters and announces the flight is cancelled and warns the winds could go on for days. 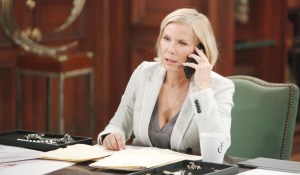 Brooke disconnects from Hope at Forrester Creations and fills Ridge in on Kelly and the situation with the flights – she’s sure there’s nothing to worry about, but later learns the alert was extended to tomorrow. Ridge feels their mantra should be ‘everything is going to work out’. Ridge then tells her his number one resolution is to put her first.

In her suite, Hope takes a call from Liam that his flight is grounded. Suddenly, she gets a contraction and thinks she might be going into labor. Her water breaks and Liam vows to get to her.

CBS will air a previously-viewed episode of B&B or football.

Hope Heads to Catalina Alone After...

The Bold and the Beautiful...