Wednesday December 26, 2018: Ridge learns Steffy's plans, Emma and Xander have a candid conversation, and Reese is accosted by a man wanting money. 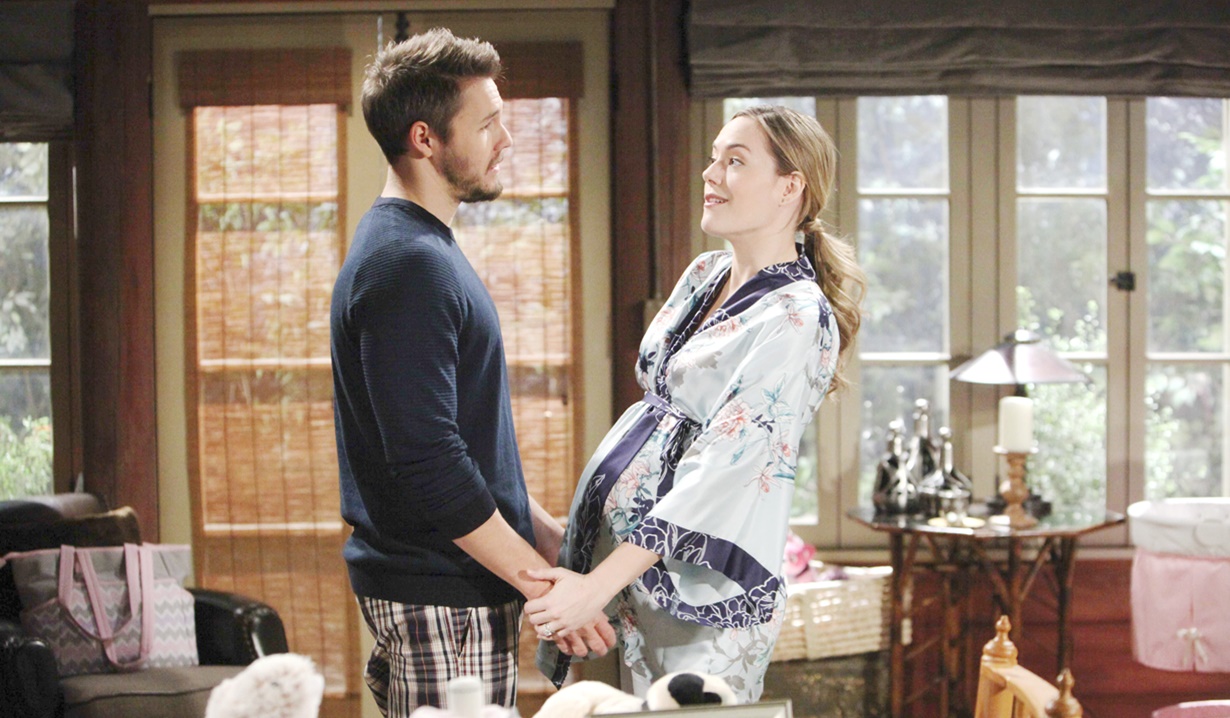 In the cabin, Hope tells Liam she has one last gift for him. She explains she’d like to go to Catalina Island for a babymoon and has already booked the hotel and helicopter. All he has to do is pack – they leave this afternoon. Liam snickers when she calls him her ‘boy toy’ and ‘private dancer’. Hope relays she got Dr. Phillips’ blessing and Liam is sold. They joke about what they’ll do on their trip. Liam thinks he was born to love her. Hope notes their child will be so loved, like him. They kiss.

At the cliff house, Ridge is surprised when Steffy tells him Taylor is out – she’s not a morning person – then realizes she’s at therapy. Steffy shows Ridge the gifts Kelly got for her first Christmas, 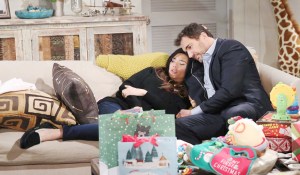 including a set of female superheroes from Felicia. Ridge notes Steffy didn’t think she’d be alone this Christmas and assures her she’s not. They embrace. Steffy dozes off and awakens when Kelly cries. She takes her father off guard by wondering how she’ll be feeding both of them – Kelly and her adopted sister – then explains she wants Kelly to have a ‘Phoebe’ of her own, and Hope doesn’t want her daughter near Taylor.

At Il Giardino, Zoe is taking Reese to breakfast. He’s so proud the Forresters have taken such a shine to her and reveals he plans to be a better person – he looks at L.A. as a fresh start for both of them. 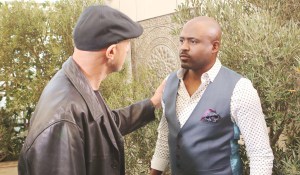 Zoe knows he loves her, but he’s not there because of her – she knows all about his fresh beginnings and is too old for fairytales. They discuss her career choices, and Zoe asks if he needs money. Reese snarks that she shouldn’t insult him. Zoe notes he treats his salary like tip money and then needs to find a wealthy woman. She asks if he’s in trouble again. Reese assures her those days are over. Zoe asks him not to promise…just show her. After Zoe leaves, Reese is accosted by the mystery man, (played by Andrew Johnson), who confronts him about Vegas – he owes $200,000. Reese vows his boss will get his money. The man warns it’s owed now.

In the Forrester studio, Xander and Emma make awkward small talk about hot towels before discussing Christmas. She spent it with Justin, and is pleased to hear he was with Zoe. She explains she’d like to be friends, 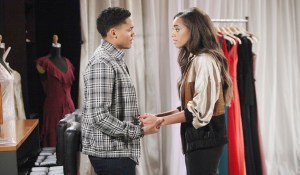 so Zoe’s name can’t be a forbidden word between them. Emma regrets her past behavior and Xander reassures her before confiding that Zoe comes across sharper than intended – she’s not a trusting person and he thinks that’s because of her father. He clarifies that Dr. Buckingham seems to believe what he’s saying when he’s saying it, then forgets it when he leaves the room. Later, Zoe joins Xander and she’s still worried about why her father’s there.

Zoe’s safety is at risk.

Hope Heads to Catalina Alone After...