Hope Demands Liam Choose Between Her and Steffy

Monday December 17, 2018: Liam wants Hope to compromise, Brooke pays Bill a visit, and Wyatt and Sally enjoy being in love. 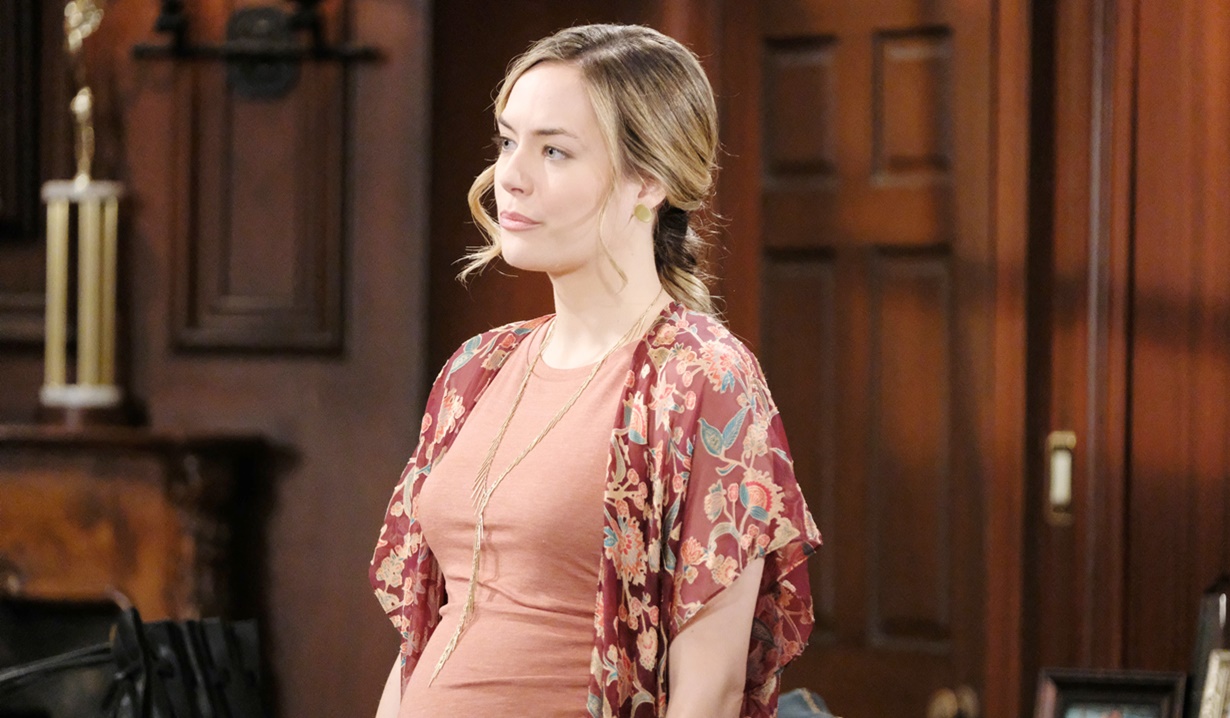 At Forrester Creations, Hope protests that Liam can’t feel good about Taylor having moved in with Steffy and Kelly. She knows they think she’s being overly cautious, but they’re talking about the safety of their children. Steffy feels defensive – so would Hope if they were talking about Brooke. Hope acknowledges she can’t stop Liam and Steffy from allowing Taylor around Kelly, but warns she won’t be coming anywhere near her daughter. Steffy questions how much Hope needs to take from her before it’s enough. 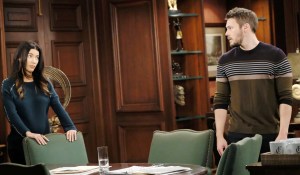 Hope insists this is about the two of them…if Steffy wants their daughters to grow up like sisters, Taylor cannot be a part of their lives. Liam suggests a compromise, which irks Hope. Liam thinks she’s scared, and therefore losing perspective – she and Brooke are feeding off each other’s fears. He states Taylor wouldn’t harm her granddaughter – the best thing is for her to be supported by family. Hope thinks being one family was too idealistic; 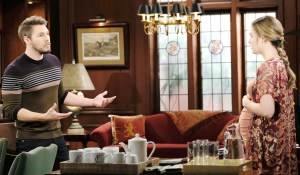 she won’t take chances with her daughter’s life. Steffy has lost a sister and pleads with Hope not to take that from Kelly. Liam urges Hope to find common ground. Hope reminds him she’s his wife, not Steffy, and says Taylor should be in prison. Liam and Steffy exchange a look. Hope sees their connection, and asks Liam if they’ve made a huge mistake. She’s giving him one opportunity to go back in time. Hope asks, “Who do you want to share your life with – Steffy or me?”

Brooke shows up at Bill’s office and declares they need to talk…about Taylor. Brooke intones, “Taylor is dangerous.” Bill protests that he doesn’t believe he’s at risk from her. Brooke knows he can take care of himself, but what about his granddaughter? Bill comments that Taylor’s getting help, but Brooke argues she snapped and can’t be trusted. She reveals Taylor’s moved in with Steffy and Kelly. Bill muses, “That’s unexpected.” Brooke barks, “Unexpected and concerning!” Bill sighs – he doesn’t believe Taylor would ever harm her own flesh and blood. Brooke counters that she wouldn’t on purpose, but maybe he should ask Thorne what she’s capable of doing by accident. She reminds him he has the power to keep Kelly safe. Bill thinks she wants him to put Taylor behind bars.

In the beach house, naked in bed, Sally teases Wyatt for being ‘bad at it’…Wyatt’s relieved when he realizes she’s talking about yoga. Sally wants to exercise more, but he prefers the poses they can do in bed. They kiss. Talks turn to expressing their love earlier. Wyatt wasn’t expecting her to say anything in return. Sally wouldn’t say anything she wasn’t feeling out of obligation. They beam at one another and kiss again. Wyatt likes being in love, and plans to show it. They agree to call one another out if they’re not being loving and supportive. Wyatt offers to be there when she pitches her activewear line to Ridge and Steffy.

Wyatt and Sally Express Their Love...

Brooke Urges Bill to Intervene on...