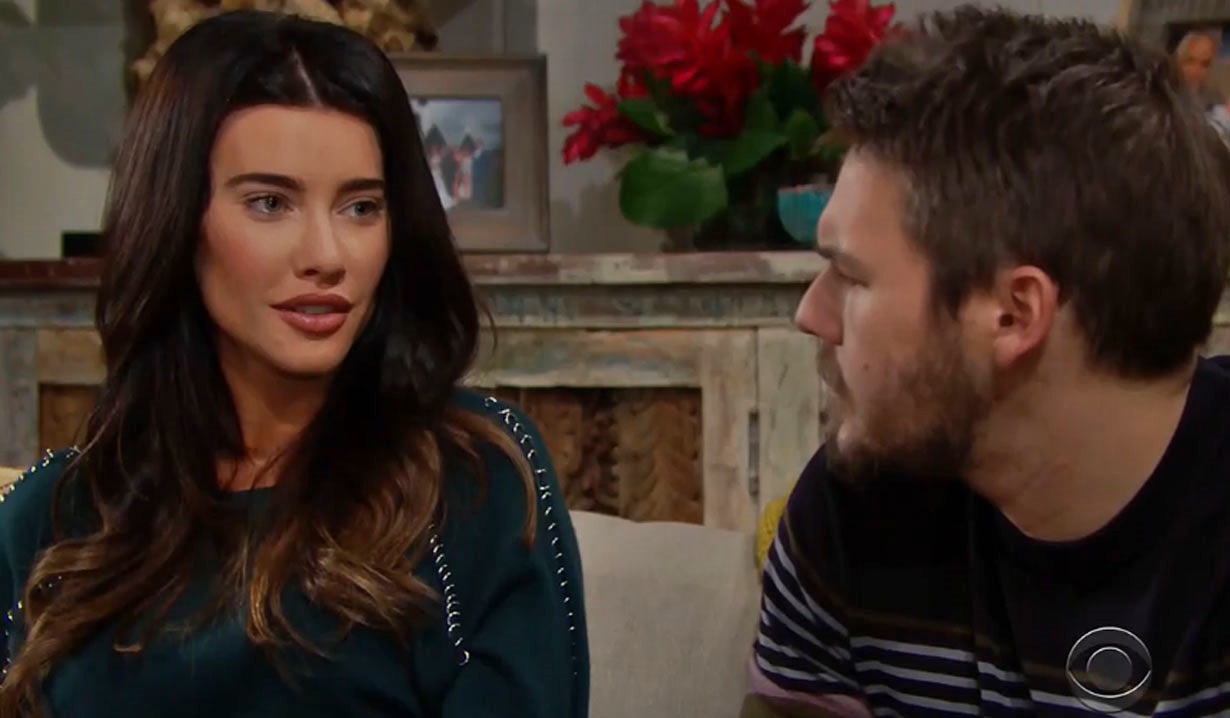 At the cliff house, Steffy informs Liam he can’t trust Brooke’s motives for trying to keep Taylor from Kelly – there’s too much history. She asks again for him to talk to Hope and Brooke and to stop them from trying to take Taylor away from her family. Steffy stresses that Kelly needs her grandmother – he can’t always be there, and Taylor can help fill that void. Liam wants what’s best for both of his daughters, and trusts Steffy.

At the hospital, Reese apologizes to Taylor for kissing her impulsively. He wants to see more of her. Taylor admit she’s thinking of leaving. Reese asks her to reconsider.

At Forrester Creations, Hope and Brooke debate telling Katie and Donna about Taylor shooting Bill. Brooke worries what will happen if she snaps again while alone with Kelly, or with Hope and her unborn child – they can’t take that chance. Hope thinks it would be better if Taylor went back to Europe for help, but it puts them on a collision course with Steffy. Brooke feels they need to look out for the children. 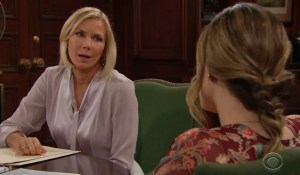 Hope notes she and Steffy have been trying so hard to get along; she hates to derail it. Tiffany appears – she’s the newest intern now that Emma’s attending school. They send her off to deliver a check to Zoe. In the studio, Xander thinks perhaps Zoe’s father will settle down. Zoe’s happy to have a second chance with Xander, who teases that she’s stubborn…but he wouldn’t have her any other way. They’re about to kiss when Tiffany appears with her check from Brooke. Reese then appears. Zoe introduces him to Tiffany, and he chides that she must be another model. Once Tiffany’s gone, Reese relays that he’s just seen Taylor Hayes…sometimes things happen exactly at the right time. He and Zoe bicker as she accuses 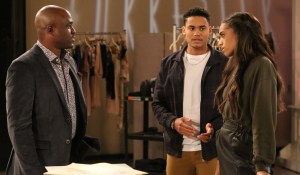 him of acting like a teenager – she doesn’t want anyone or anything to mess up the life she’s made there. Reese reassures her, and worries about Taylor’s plan to leave – she needs her family close. Zoe supposes he’ll be close too. Later, Liam joins Hope and Brooke in the office. He shares that Taylor wasn’t at Steffy’s – she went to see her sponsor. Brooke bugs out that Taylor’s drinking again, but Liam clarifies he didn’t say that. Brooke feels even if she was tempted, he needs to step up and protect his daughter. Liam can’t see Taylor harming Kelly. Hope exclaims that she hates her mother and could come after her too – he needs to make sure Steffy keeps Taylor in check.

At Steffy’s place, Taylor assures her daughter she won’t blow her sobriety, and relays she ran into Reese Buckingham at the hospital. Steffy thinks he’s interested in her. Taylor says she told him she may be leaving town. Steffy protests, but Taylor feels threatened by Brooke and Hope knowing her secret. Steffy doesn’t think anyone wants her in prison. Taylor feels she needs to leave – her being there will complicate Steffy’s life. Steffy won’t hear any more about her leaving and asks Taylor to move in with her and Kelly. Taylor frets that she’s still so ashamed about the shooting. Steffy knows, and urges her mother to commit to moving in. Taylor agrees. They embrace.

Taylor and Steffy look back on the past.

Wyatt and Sally Express Their Love...