Wednesday December 12, 2018: Brooke and Hope argue, Steffy pleads with Liam to talk to Hope, and Zoe opens up to Xander. 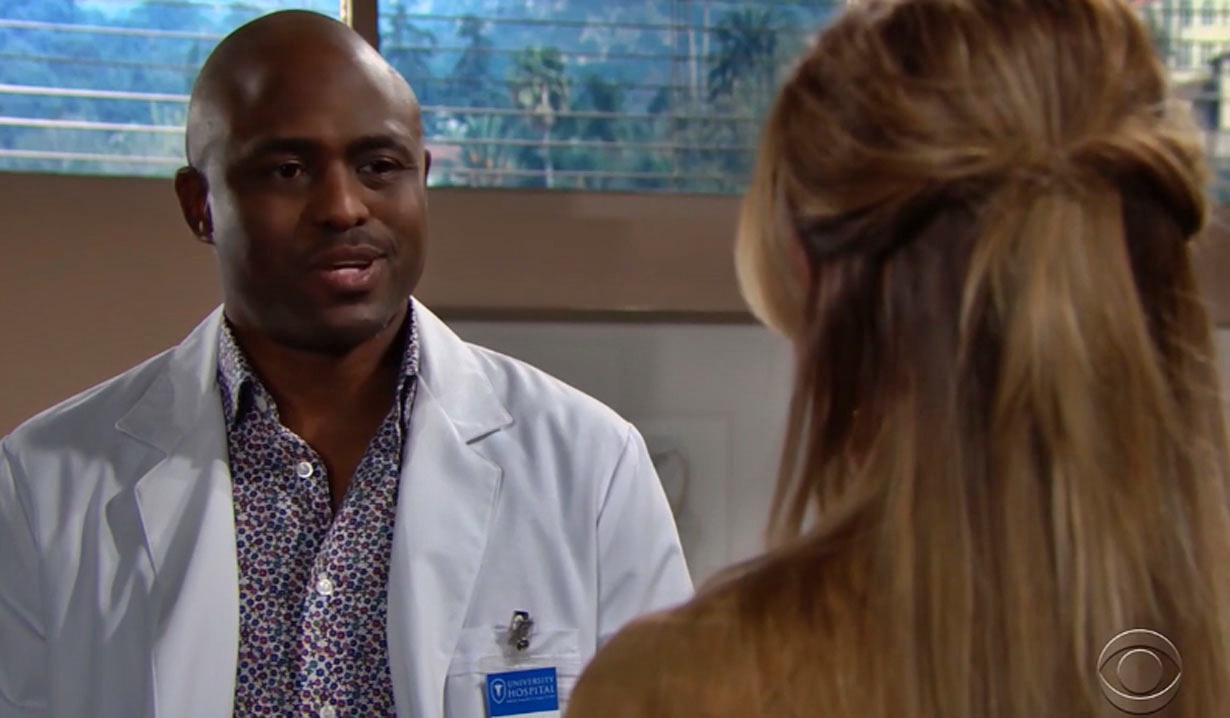 At Steffy’s place, Liam tells her he doesn’t want to deny Kelly her grandmother. Steffy argues that Hope and Brooke do. She truly believes good things will happen if her mother stays. Steffy recaps that Taylor made a mistake, and that no one can know – Hope and Brooke can’t say a word to anyone. She’s concerned about this opening up since Brooke’s her mother’s worst enemy…what if she tells someone else? 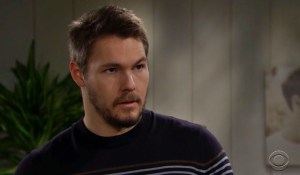 Steffy goes on that Taylor needs her family, and to feel secure about her future. Liam complains they have to think about the safety of the babies as well. Steffy tells him the threats are making the situation more volatile, and could lead to disaster. She wants Kelly to have memories with her grandmother, as she does, and asks him to speak to Hope. This has gone too far and needs to stop.

At the hospital, Taylor learns Reese is consulting on a patient with her sponsor, Lisa, and asks if he was put off by her ‘sharing’ at the party. Reese reassures her. Talk turns to her nemesis, Brooke. Reese recalls that she wants to keep Taylor away from her granddaughter. Taylor confirms it’s why she was so emotional last night – Brooke’s been absolutely relentless, and she hopes Steffy and Liam don’t listen to her. Reese thinks it’s cruel, and he offers to help alleviate some of Taylor’s stress if he can. “I’m here for you, Taylor.” She appreciates his kindness. Reese fishes to find out if she’s single, and Taylor admits she’s been lonely. Reese leans in and kisses her.

At Forrester Creations, Katie and Donna ask Brooke if Taylor is drinking again. Hope interjects that they shouldn’t speculate. Donna muses she was just taking a shot in the dark. Brooke observes, “It’s funny you should put it that way, Donna.” Katie ponders if Taylor will start up her practice again. 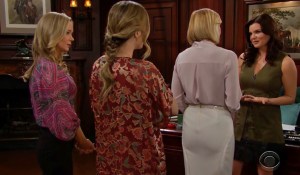 Brooke sniffs she’s in no condition to practice and declares that she Steffy and Liam shouldn’t allow her to be alone with Kelly. Katie and Donna are taken aback and ask what Hope thinks. Hope insists it doesn’t matter what they think. Katie reminds Brooke she’s not Kelly’s parent – there’s nothing she can do anyway. Brooke disagrees – there most certainly is. Hope becomes exasperated – she and Steffy are trying to keep things civil, and don’t need their mothers at odds. Katie and Donna exit. Hope asks Brooke what she was doing – she wasn’t really going to tell them, was she? Brooke argues that Taylor could be dangerous for all of them. In the studio, Xander and Zoe discuss her father coming to L.A. 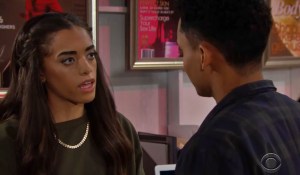 She was hoping this could just be ‘their’ place, and worries that Reese can’t be alone. Xander senses she’s concerned he’ll latch onto Steffy’s mom. Zoe doesn’t want to make her father unwelcome, but she doesn’t want him to mess things up for her. She has a bad feeling about him being there. Xander reasons that he’s been given a great opportunity there; she should give him the benefit of the doubt. He doesn’t see a problem with him chatting up Taylor either – they’re both single doctors, it could be good for them. Zoe remains concerned. Xander reassures her with a kiss.