Donna Models for Eric As Pam Schemes Against Quinn 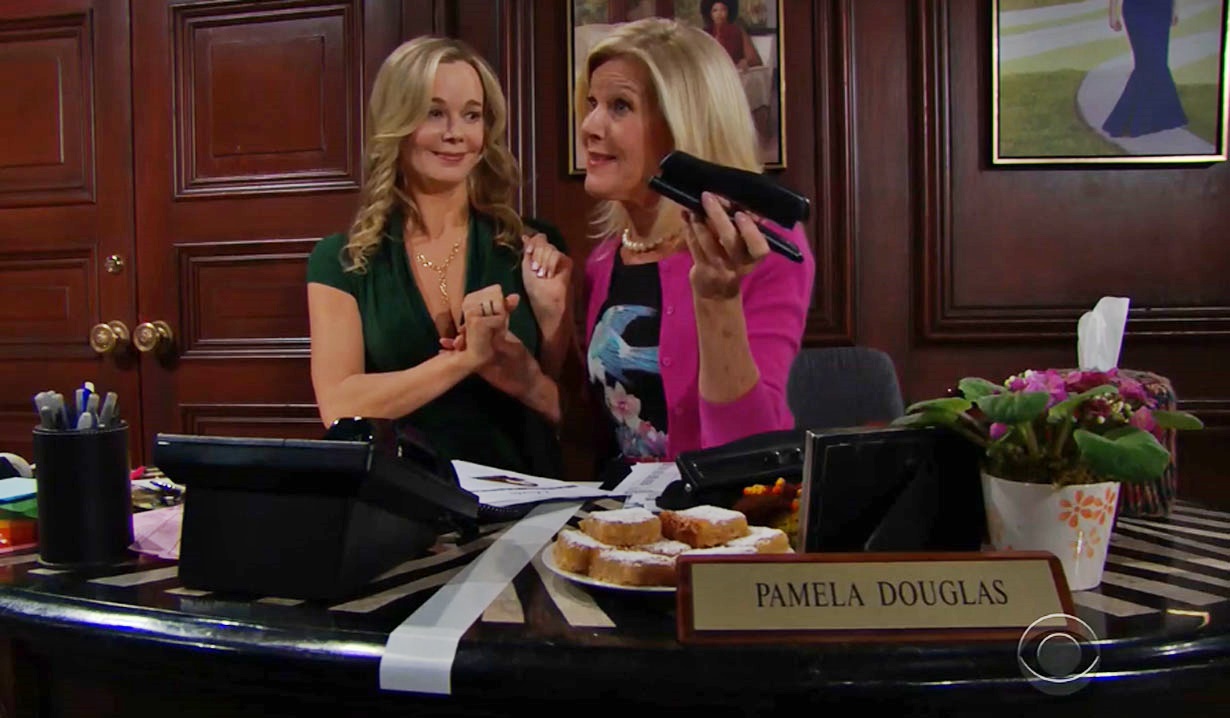 In the Forrester Creations office, Hope informs Steffy that she’s sorry, but she had to let her mother know what Taylor is capable of. Steffy scoffs at the idea Brooke would keep this secret. Hope reminds Steffy how Taylor was talking to her and her mom – something in her snapped and now her building rage has nowhere to go. Steffy asks where Brooke is, and Hope replies, “Probably wherever Taylor is.” They try unsuccessfully to reach their mothers and Steffy berates Hope for not thinking this through…now Brooke has the ammunition she needs to get rid of Taylor for good.

At the cliffhouse, Brooke enrages Taylor by grabbing her purse and attempting to look inside for a gun. Taylor snatches it back as Brooke rants about her shooting Bill in the back, and letting Ridge go to jail for it. Taylor sinks onto the sofa and cries about everything she’d believed about herself being a lie – she is more shocked about what she did than Brooke could ever be. Brooke muses that she never thought she was a shooter; a killer. 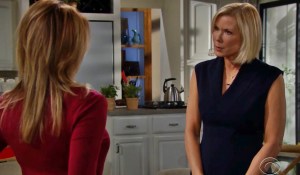 Taylor realizes now that anyone can do anything – she’s ashamed of herself. “That is not me!” she wails. Taylor thinks Brooke knows this to be true. They debate whether Bill took advantage of Steffy. Taylor insists he had to be confronted and remarks that he’s actually weak – she only meant to take him down verbally – but not a word passed between them. Taylor recaps the shooting and sobs. Brooke grimaces. They discuss whether Brooke should turn Taylor in. Taylor insists she’s not a danger, and asks Brooke to consider what if it had happened to her daughter. Brooke gets her outrage with Bill, but this is attempted murder! Taylor can heal with her daughter and granddaughter, and begs Brooke to keep quiet. She falls to Brooke’s feet and cries, “Please, Brooke. My freedom is in your hands.”

In Forrester Creations’ reception, Quinn snarks at Donna and Pam who are clowning over a stapler. Quinn joins Eric in the design office, and remarks that she has no idea if Donna has secretarial skills, 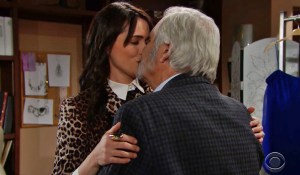 but it was her ‘honeybear’ talents Pam drafted her for. Eric advises his wife not to take Pam’s schemes seriously, or hold it against Donna, who knows he’s a happily married man. Quinn adores him. Meanwhile, Pam remarks to Donna that Leslie, Eric’s gown model, must be on the way. Talk turns to Leslie being late. Quinn offers to model for him. They kiss, and Eric shoos her out before he takes her clothes off. Quinn exits and passes by Pam’s desk, where she is on the phone with Leslie, who has a flat tire. Pam disconnects, gets an idea, and starts fixing Donna’s hair. After, Donna protests as Pam tells Eric that Donna should fill in for Leslie, but Eric agrees. Pam chortles that it can’t be the first time Donna took her clothes off for money, and exits. The fitting gets underway and Donna emerges in the gown. Eric declares, “Beautiful,” and he doesn’t just mean the dress.

B&B is Pre-empted for Coverage of...