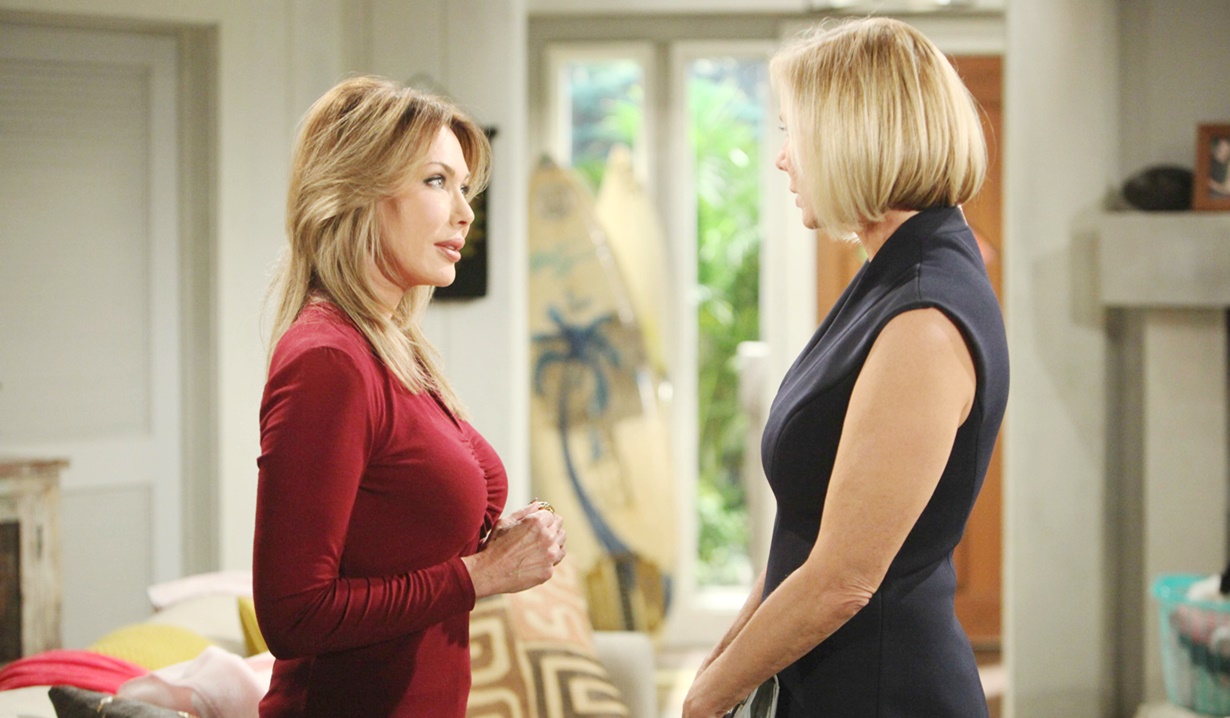 In the Forrester Creations studio, Brooke marvels at Hope’s revelation that Taylor shot Bill. Hope explains she thought Bill violated Steffy. Brooke still can’t get over it. She learns that Liam, Steffy, and Bill all know, and wonders why Taylor’s not in jail. Hope relays that Steffy asked Bill to spare Taylor, and he agreed. Brooke decides Taylor’s not only crazy…she’s dangerous. Hope figured Brooke needed to know, since she’s the person Taylor hates the most. Brooke seethes about Taylor the saint making her feel bad about herself and storms off.

In Steffy’s office, she flashes to Liam explaining he had to tell Hope about her mother shooting his father, as Taylor asks if she’s okay. She apologizes if Steffy’s upset with her, but she can’t stuff down her pain…this is all because of Bill. Steffy reminds Taylor she shot a man – she doesn’t know if Taylor will be able to get past it. She wonders if the therapy is working. Taylor cries that it’s really hard; the therapy is bringing up a lot of old pain. She says the person who shot Bill isn’t her, but then decides maybe it is. She cries about losing Phoebe and seeks reassurance that Bill won’t tell the police. Steffy says, “He promised.” Taylor doesn’t think Liam will either, and remarks that no one else can find out. Steffy hugs her and looks grim. Later, Hope joins Steffy at her request. Hope confirms she knows what her mom did, and won’t look at her the same again. She wonders if Steffy’s okay. Steffy assures Hope that Taylor’s getting help. Hope frets that she and Brooke had intense confrontations with her. Steffy asked her to back off. Hope is concerned about her mom. Steffy pleads with Hope not to tell anyone. Hope reveals she already told Brooke.

At Steffy’s place, Taylor checks in with the nanny, who leaves for the day. She runs into Brooke at the front door on her way out. Taylor asks if Brooke’s come to apologize for how she and Hope spoke to her earlier. 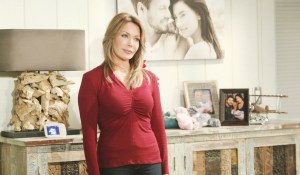 Brooke wonders if Taylor got permission to relieve the babysitter. Taylor wonders why Steffy would have an issue with it. Brooke notes she sees her in a whole new light…knowing what she’s capable of. Taylor can’t understand why Brooke’s harassing her – she’s the last person who should be passing judgement. Brooke sneers, “Oh here we go…” They debate, and Brooke reveals she knows what Taylor did. Taylor looks panicked as Brooke states, “You shot Bill.”

Liam arrives at Bill’s office to talk about the shooting and soon reveals that Hope knows Taylor was the guilty party. Bill barks, “How?” Liam admits he told her. Bill warns the more people who know, 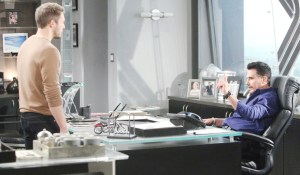 the greater chance the secret will come out. Liam wonders why they’re all so willing to accept that Taylor’s not dangerous – he thinks they’d be better off if Taylor left town for good. Bill switches gears to re-establishing their father and son relationship. Liam thinks they could have something. Bill lets Liam know a father’s love for his child can’t be killed, and he’s always there for him. Liam replies, “Got it.”

Pam wants something from Donna.